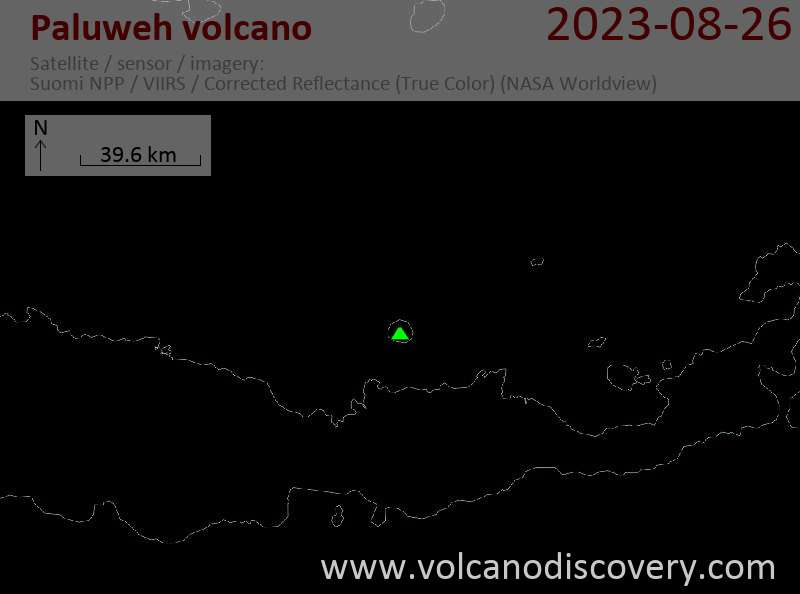 See also: Sentinel hub | Landsat 8 | NASA FIRMS
First visit to our site? If you havn't done it yet, download the Volcanoes & Earthquakes app to get one of the fastest volcano news online:
Android | IOS
Latest news
vie, 1 jul 2022, 04:15

PVMBG reported that observers at a post located in Kampung Ropa, Keliwumbu Village, noted that during 30 December 2015-13 January 2016 diffuse white plumes rose as high as 150 m above Paluweh. Seismicity remained relatively stable, and was characterized by shallow and deep volcanic earthquakes, and signals indicating emissions and avalanches. The Alert Level remained at 2 (on a scale of 1-4). ... Read all
Try our free app!

Latest quakes at Katla volcano
One of Iceland's most active and dangerous volcanoes is showing signs of unrest and statistically due for a new eruption. Earthquakes could give a clue.
Support us
If you find the website useful and would like to support us and help keep it alive and improve it, please consider making a small donation. Thank you!
Merapi

Merapi volcano photos
One of the most active and most dangerous volcanoes of Indonesia: Merapi meaning "the one who makes fire", is a feared but also venerated holy mountain looming over the city of Yogyakarta, capital of Central Java.
Why is there advertising on this site?