San Pedro volcano in the Atacama desert of northern Chile is one of the highest active volcanoes in the world.
San Pedro volcano is a twin volcano with 2 peaks, San Pedro (the western summit) and the older sister volcano San Pablo (6092 m) in the east.

A large debris avalanche, similar to the one at Mt St Helend in 1980, occurred at San Pedro in the past, and the present-day cone grew within the depression. The debris avalanche deposit is visible on the western lower slopes of San Pedro.
Thick dacitic lava flows with steep-sided fronts cover the upper slopes of San Pedro's cone which has a crater. There is a young-looking scoria cone on the western flank (La Poruña), which erupted an 8 km-long lava flow about 103,000 years ago.
Reports of varying degrees of reliability have recorded a number of eruptions in the past centuries.

Note: a volcano with the same name is at Lake Atitlán in the Guatemalan Highlands, forming the prominent group of San Pedro, Tolimán, and Atitlán volcanoes. 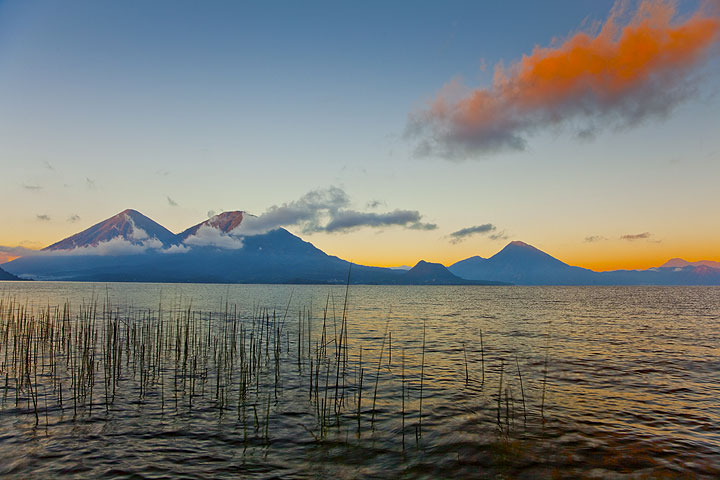 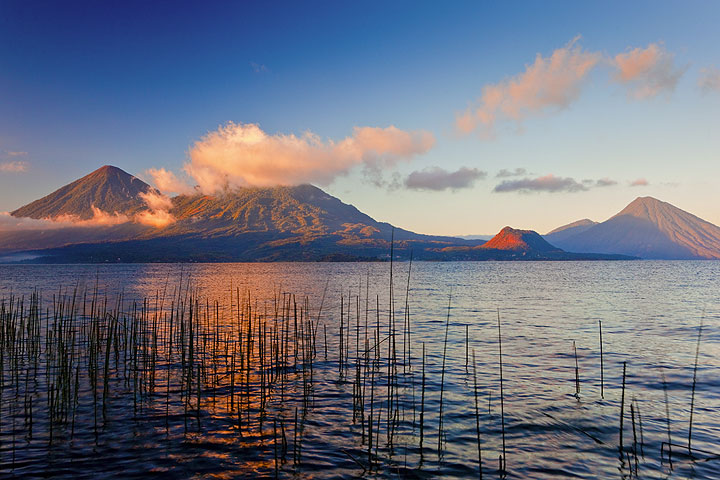 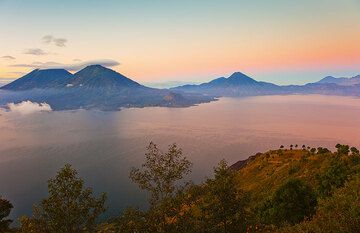 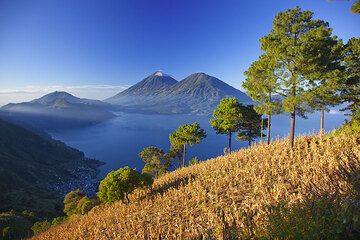 The caldera of Laka Atitlán, Guatemala, in the morning. San Pedro, Atitlán and Toliman volcanoes in the background. (Photo: Tom Pfeiffer)
More photos Quakes by country or region
Look up earthquakes in your country, region or state!
Etna Discovery
25 May - 1 June

Etna trekking tour
A tour entirely dedicated to Etna, the most active volcano in Europe. Spend 6 full days on Etna and get good chances to see eruptive activity.
Bromo

Bromo volcano photos
Bromo is one of Indonesia's most visited volcanoes. It is the most active vent inside the huge Tengger caldera and erupts every few years.
Vanuatu

Look up the 20 strongest quakes in the world during the past 24 hours
Why is there advertising on this site?
Support us - Help us upgrade our services!
We truly love working to bring you the latest volcano and earthquake data from around the world. Maintaining our website and our free apps does require, however, considerable time and resources.
We need financing to increase hard- and software capacity as well as support our editor team. We're aiming to achieve uninterrupted service wherever an earthquake or volcano eruption unfolds, and your donations can make it happen! Every donation will be highly appreciated. If you find the information useful and would like to support our team in integrating further features, write great content, and in upgrading our soft- and hardware, please make a donation (PayPal or Online credit card payment).