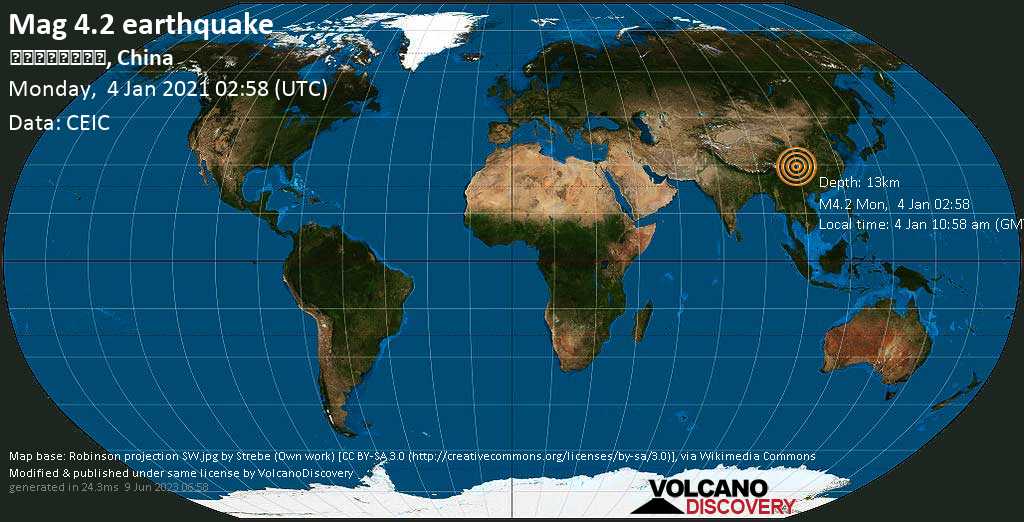 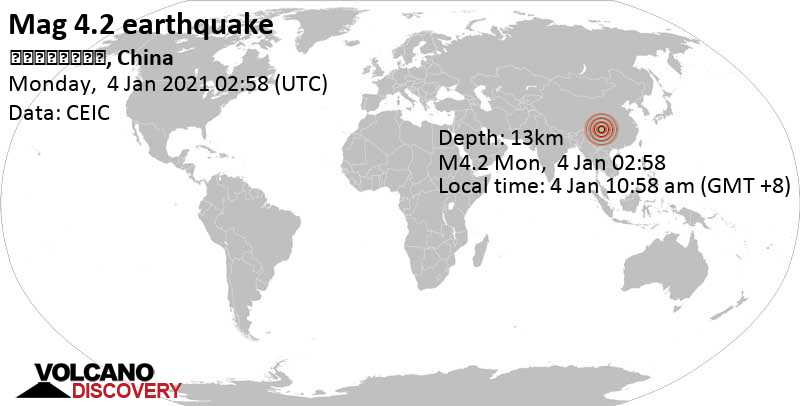 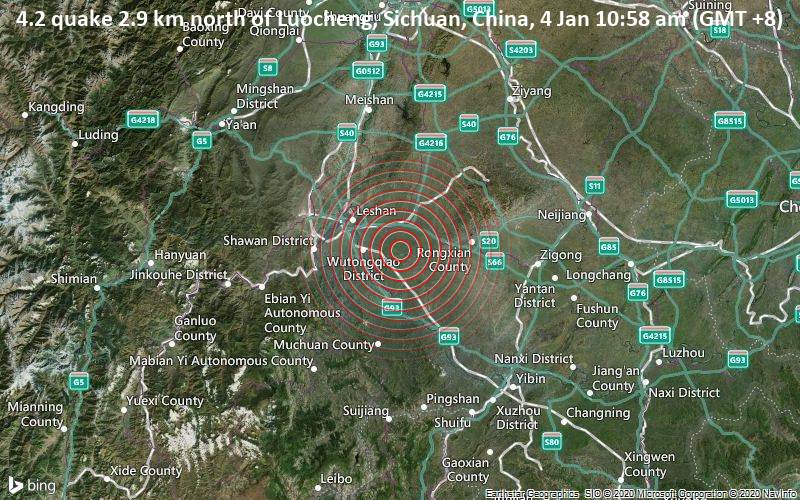 4.2 quake 2.9 km north of Luocheng, Sichuan, China, 4 Jan 10:58 am (GMT +8)
A magnitude 4.2 earthquake near Luocheng, Sichuan, China, was reported only 17 minutes ago by the China Earthquake Networks Center (CEIC), considered the main national agency that monitors seismic activity in this part of the world. The earthquake occurred at a shallow depth of 13 km beneath the epicenter in the morning on Monday 4 January 2021 at 10:58 am local time. The exact magnitude, epicenter, and depth of the quake might be revised within the next few hours or minutes as seismologists review data and refine their calculations, or as other agencies issue their report.
Based on the preliminary seismic data, the quake was probably felt by many people in the area of the epicenter. It should not have caused significant damage, other than objects falling from shelves, broken windows, etc.
In Luocheng (pop. 73,600) located 3 km from the epicenter, the quake should have been felt as light shaking.
Weak shaking might have been felt in Leshan (pop. 154,500) located 30 km from the epicenter.
Other towns or cities near the epicenter where the quake might have been felt as very weak shaking include Zigong (pop. 690,000) located 74 km from the epicenter, Chonglong (pop. 58,400) 90 km away, Yibin (pop. 242,100) 94 km away, Yanjiang (pop. 87,400) 100 km away, and Neijiang (pop. 546,900) 103 km away.
Descarga la app de Volcanes y Terremotos y obtén una de las alertas sísmicas más rápidas en línea: Android | iOS
Lo he sentido este temblor
No lo sentí

Info: The more agencies report about the same quake and post similar data, the more confidence you can have in the data. It takes normally up to a few hours until earthquake parameters are calculated with near-optimum precision.
Most recent quakes Top 20 past 24 hrs Sismos en China