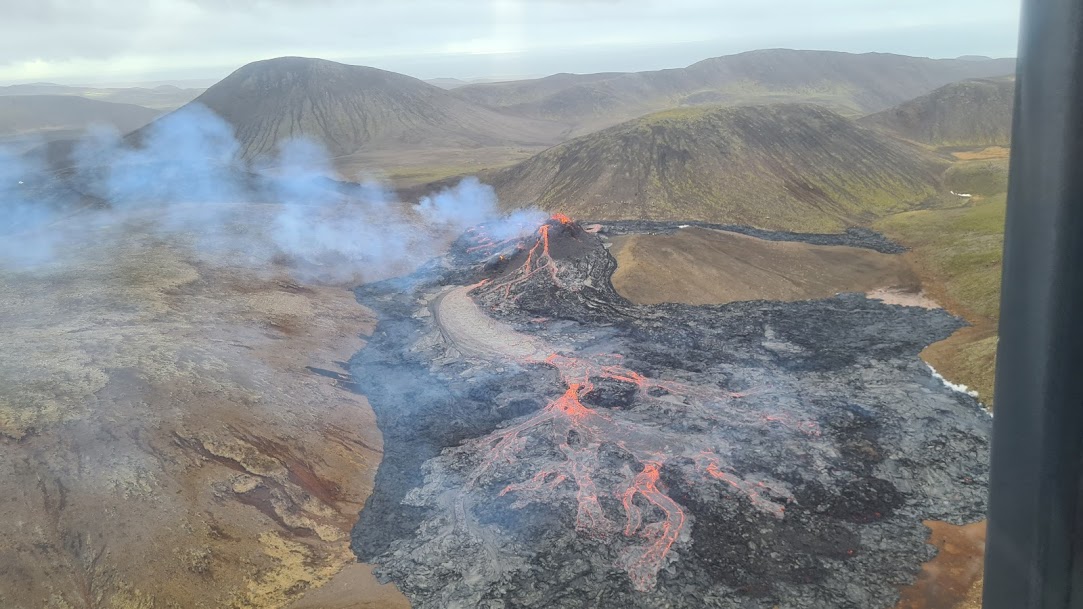 View of the ongoing eruption this morning (image: Civil Protection and Emergency Management via IMO / twitter) 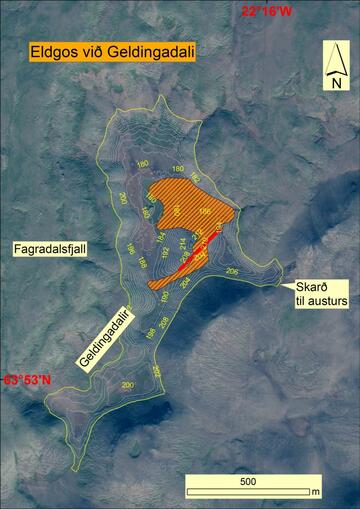 Map of the eruption so far (image: VolcanoCafe)
The new eruption, now called the "Geldingadalsgos" eruption by the Icelandic media, continues steadily. It has been producing slowly advancing lava flows inside the Geldingadal valley. The Icelandic Met Office and local news outlets published many new photos from the ongoing eruption this morning.
The isolated location in Geldingadalur valley means there is no immediate danger to any infrastructure. Volcanic gases are not currently being blown over any towns or villages and are unlikely to cause any problems even if the wind changes direction, according to the Icelandic Met Office (IMO).

Six or more vents above the eruptive fissure have formed smaller and one larger spatter cones, where the activity is concentrated now, mainly from the largest one in the middle, which likely will become the main (and only) active vent in a short time.

There is little lava fountaining from the vents, only mild spattering, but largely degassed magma erupts steadily into flows directed into two main flow fields, a narrower one to the southwest and a broader field to the north and northwest.
Both lava fields have reached approx. 500 m length and the total area covered by new lava was estimated to be around 0.1 km2 with an average thickness of about 10 m, thus giving a total volume of 1 million cubic m and an average eruption rate of approx. 15 m3 per second, similar to the estimates done previously of the magma influx into the dike that is now feeding the eruption.

How long might the eruption continue?
Nobody can know for sure how long this eruption can continue, but most scientists are currently thinking that it might be several weeks or months. It largely depends on how much magma is available (and able to reach the surface), and how long the magma resupply into the dike continues, and how long the current magma pathways are stable (and not changed by new earthquakes, opening of fractures etc).
If the reported dike was 10 km long, about 5 km tall and 1 m wide, it would contain approx. 50 million cubic meters, enough to let the eruption continue for several weeks at the current effusion rate, if about half of what is stored in it now would erupt, not counting the volume added by ongoing supply from deeper levels.

What about the earthquakes?
Earthquakes continue at reduced rate - as lava is flowing freely now, it doesn't need to break rocks to generate new paths. In fact, no significant shallow quakes have been detected in the area since the eruption. However, deeper earthquakes at 4-6 km depth continue,- something that suggests that in the lower parts of the dike, things are not stable yet and the eruption might evolve in different ways than continue just as it is now.

Ancient burial site threatened by lava flows
As the valley where the eruption is taking place is home to an ancient burial site dating back to before the year 1000, a spot where the remains of the Norse settler Ísólfur frá Ísólfsstöðum lie, now threatened to be covered forever, archeologists rushed into place yesterday to do some "rescue excavations":
Yesterday archaeologists were trying to get as much information about the possible grave as it was swallowed by the lava. They were frantically trying to do some rescue archeology in front of an approaching wall of lava. pic.twitter.com/0ZQHO3vPbj— Philipp Salzgeber (@astro_graph) March 21, 2021 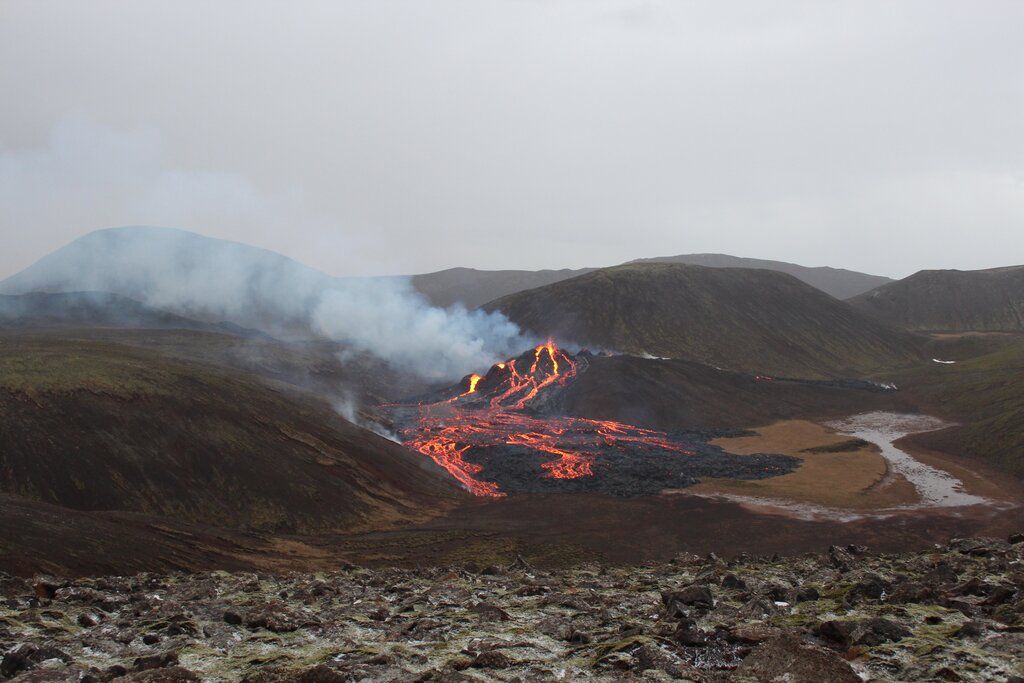 The new eruption is located near Geldingadalir, around the center of the recent dike intrusion of magma that has formed under the peninsula over the recent weeks. It started very quietly with almost no seismic activity when finally, a fissure opened, reaching around 500-700 m length. ... Read all
Show more
Sat, 20 Mar 2021, 05:15 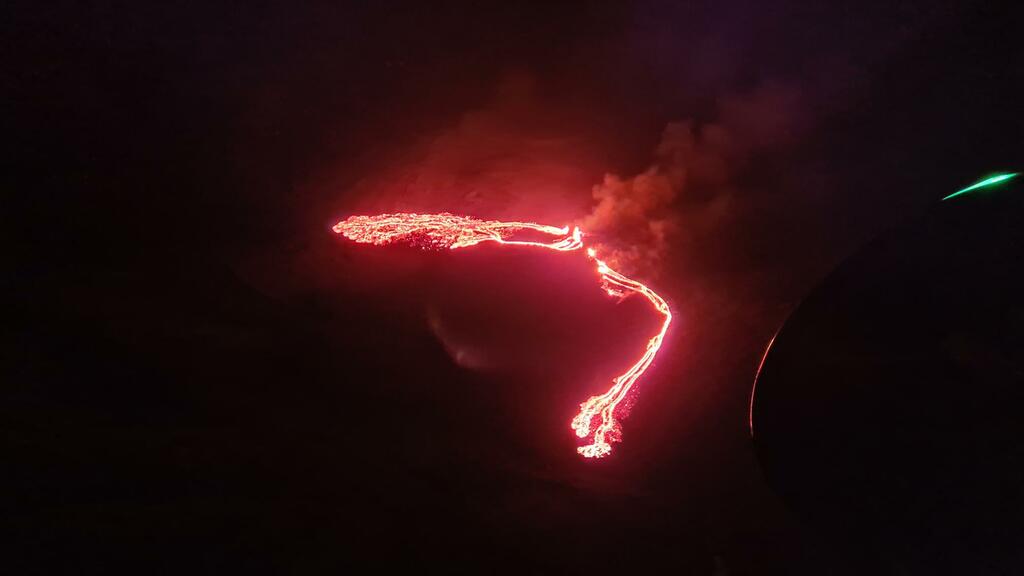 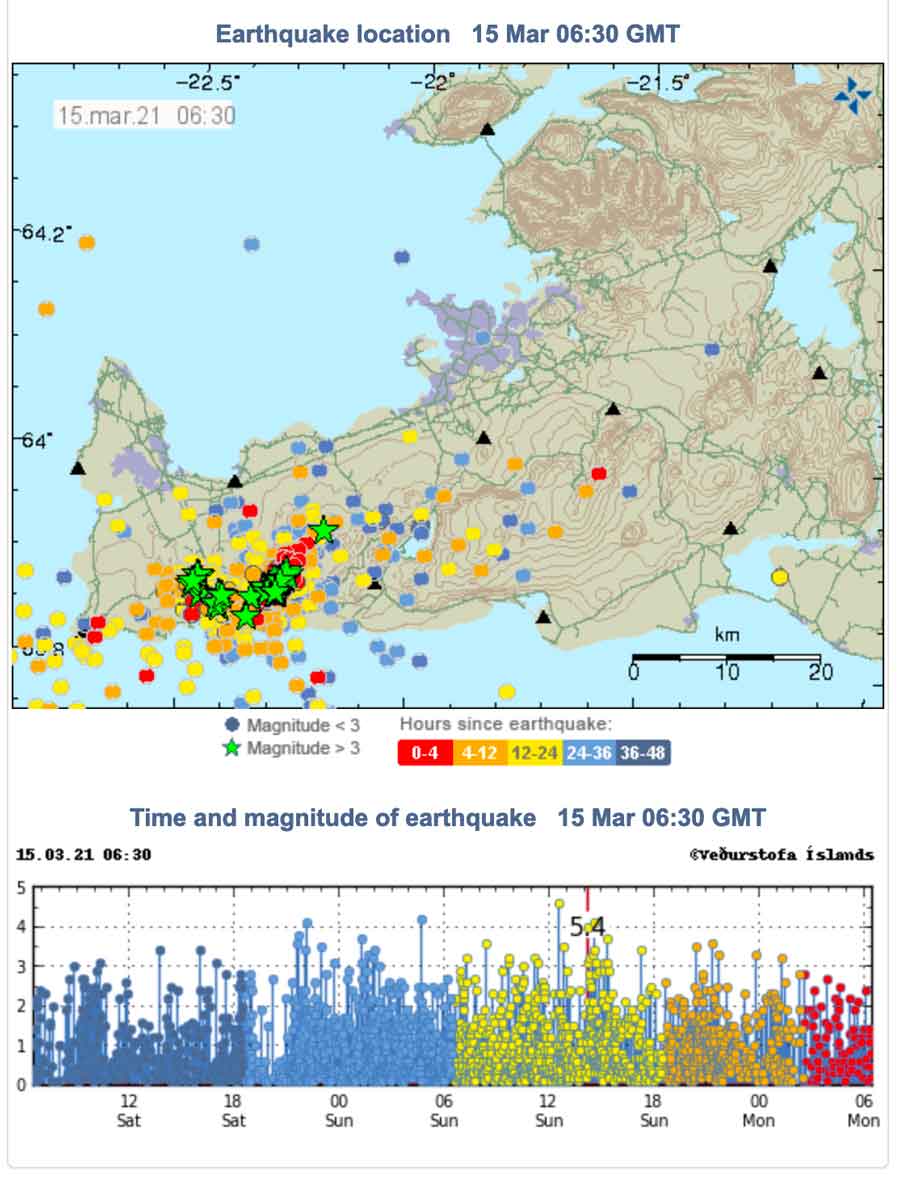 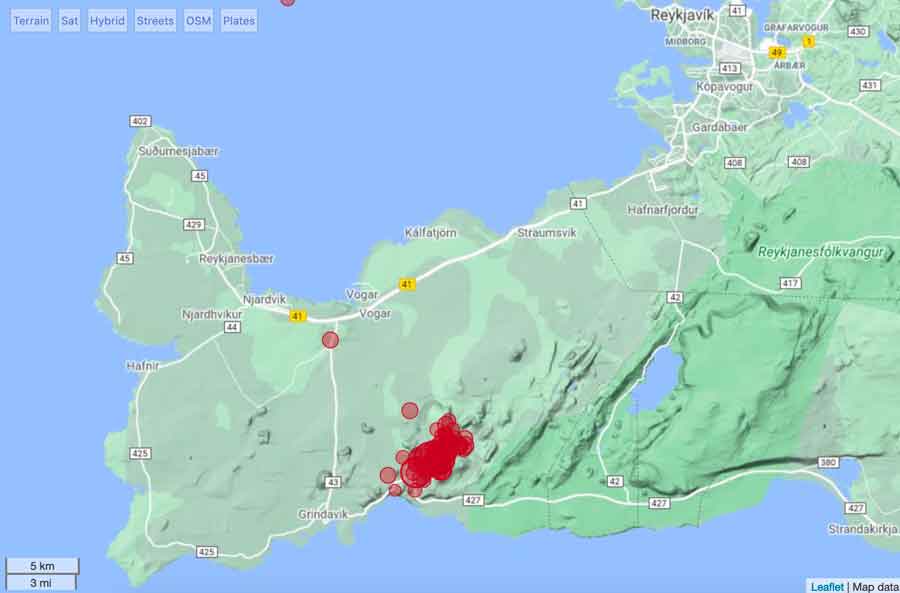 The earthquake swarm in the Reykjanes peninsula, concentrated in the area around Mt. Fagradalsfjall SW of Keilir, continues with no signs of weakening. By early afternoon, the Iceland Met Office (IMO) had already recorded over 1700 earthquakes since midnight alone, including many of magnitude 3 or higher and a widely felt magnitude 5 event at 07:53 GMT this morning. ... Read all
Thu, 11 Mar 2021, 07:30 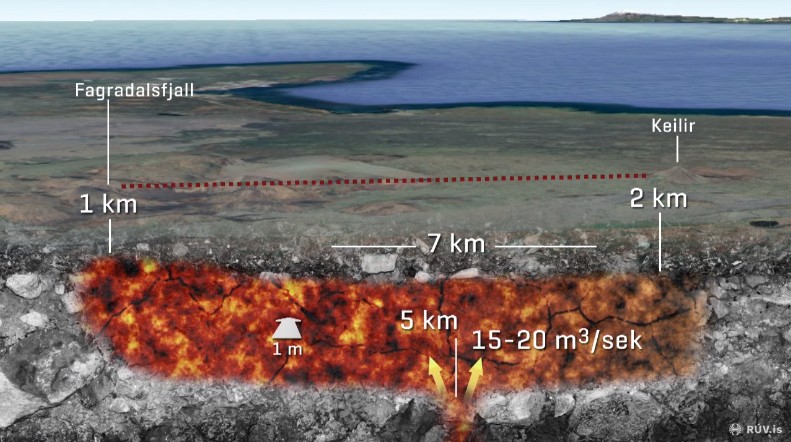 In recent reports, the Icelandic Meteorological Office (IMO) stated that magmatic movements are the likely cause of the ongoing earthquake swarm in the Reykjanes peninsula. As magma migrates upwards, overlying rock layers are displaced, which causes tremors and ground deformation on the surface. ... Read all
Show more
Wed, 10 Mar 2021, 15:29 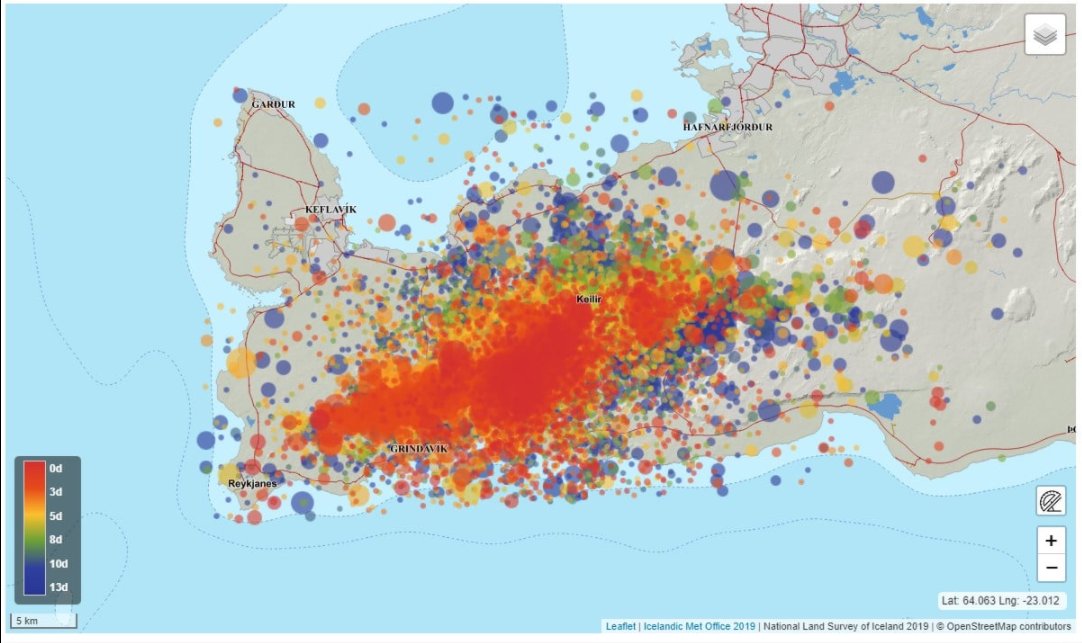 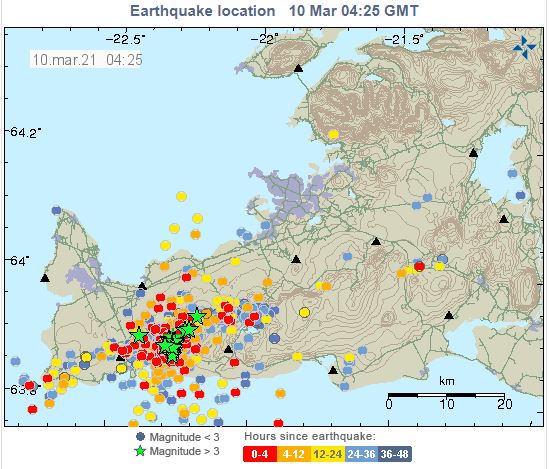 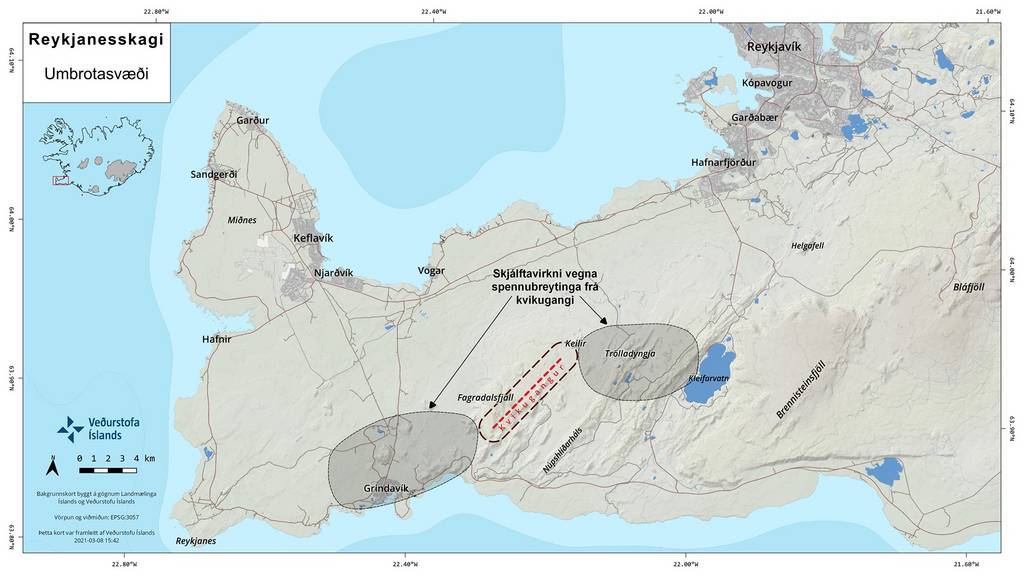 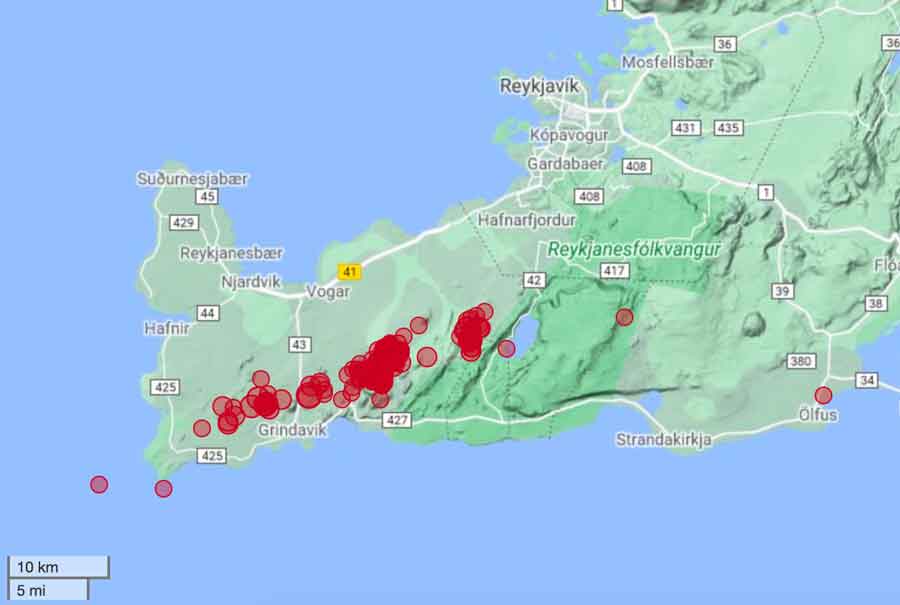 Volcano & Earthquake news feeds
If you like to use RSS to access the latest news about volcanoes and earthquakes without needing to visit the site, have a look at our available news feeds!
Quakes Felt

Reviews from our guests
"Your Vanuatu Volcano tour was a fantastic mix of hard core volcanoes and cultural Vanuatu life... " -
Read what customers said about us!
Vote for pictures

Image pool
View user-submitted images and vote for the Photo of the Month!
Get the ad-free version!
Why is there advertising on this site?