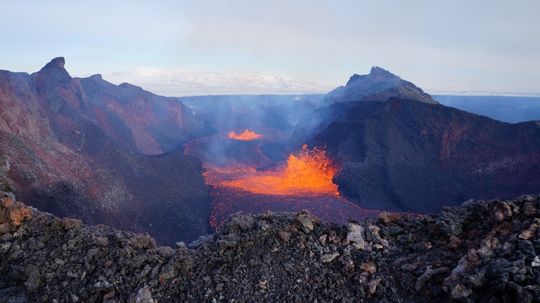 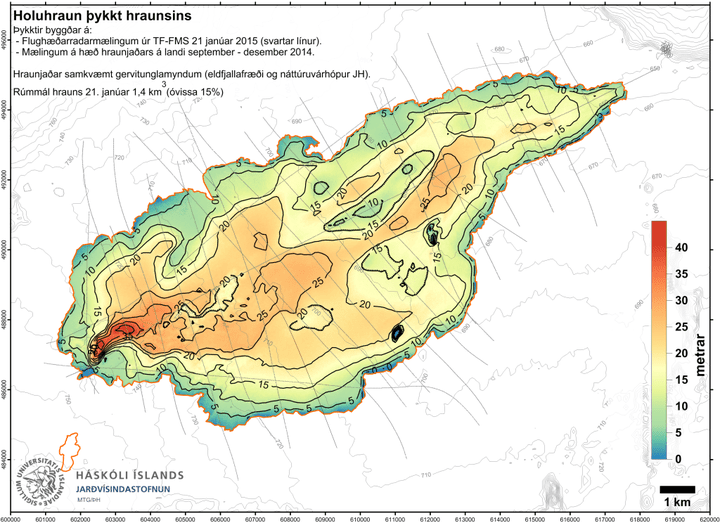 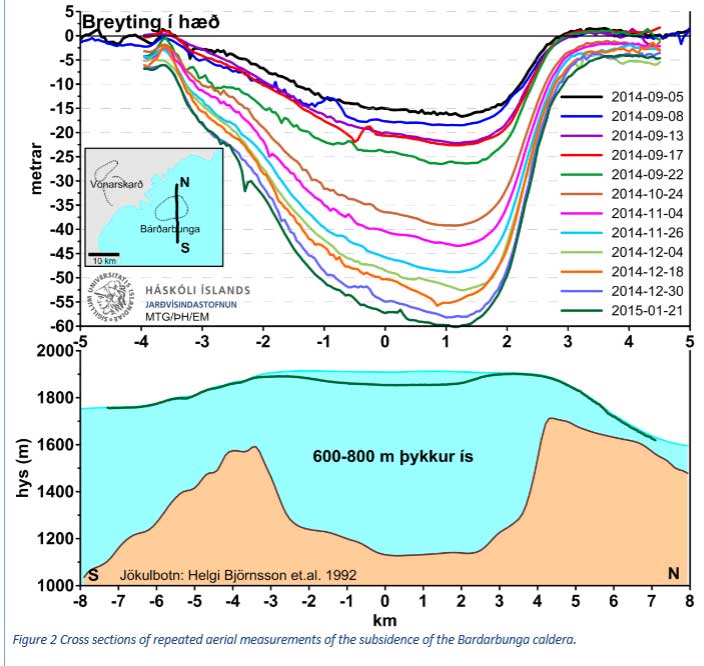 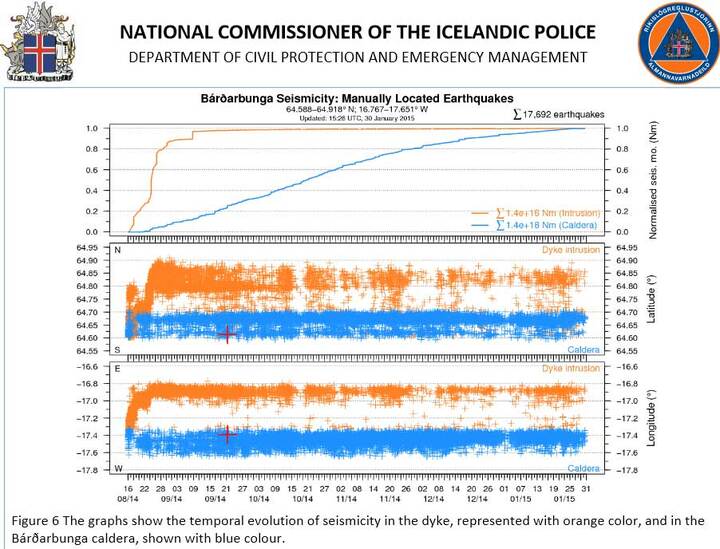 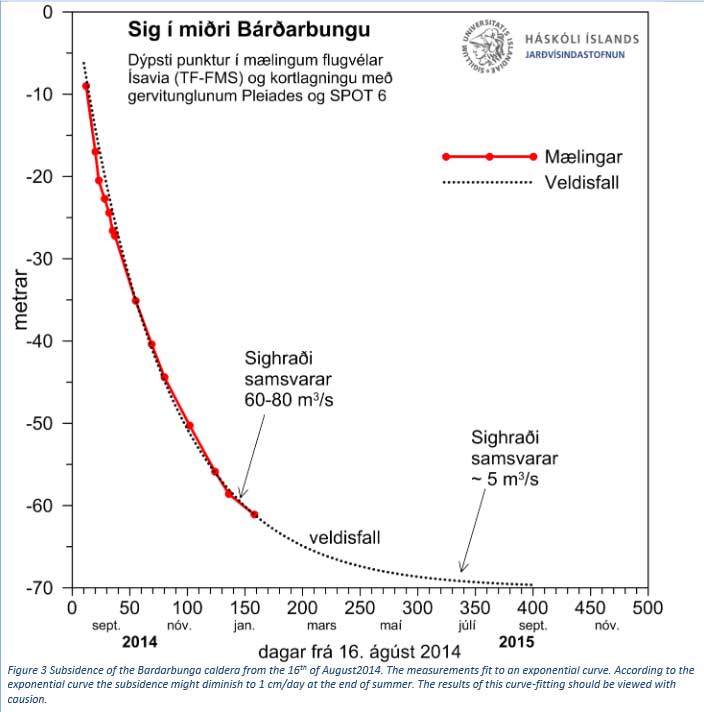 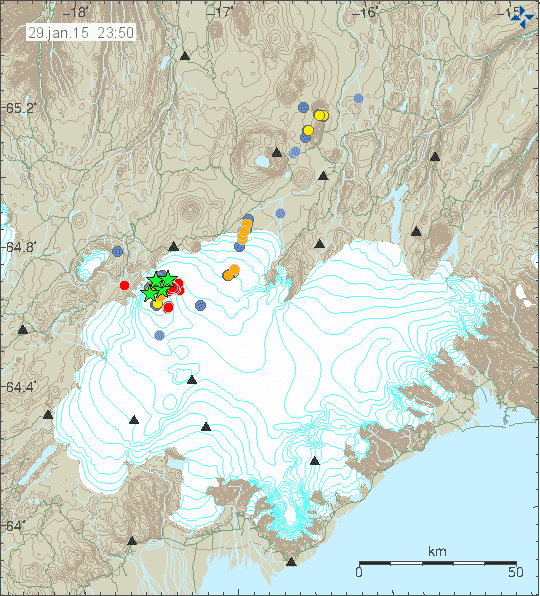 Tremor amplitude at DYN station showing the peak during the possible eruption(IMO)
A small earthquake swarm at 1 km below the eastern rim of the Bardarbunga caldera occurred yesterday evening at 21:22 local time, accompanied by a rise in tremor.
John Friman who closely follows the events in Iceland suspects on his blog that a minor subglacial eruption could have taken place.
If so, a meltwater flood should be expected in the course of the day. 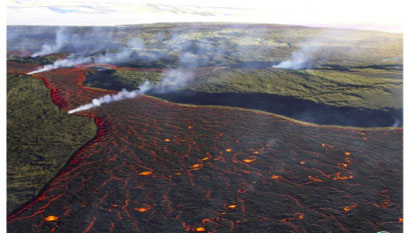 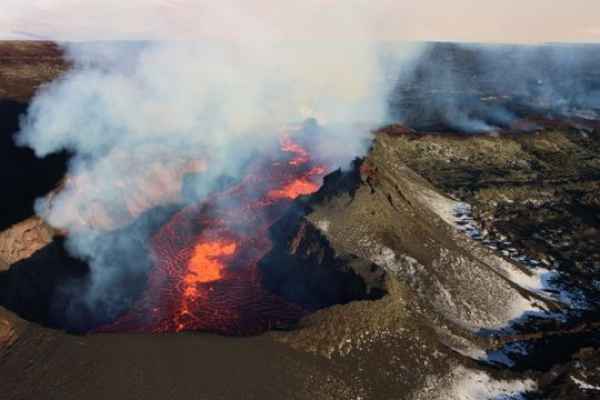 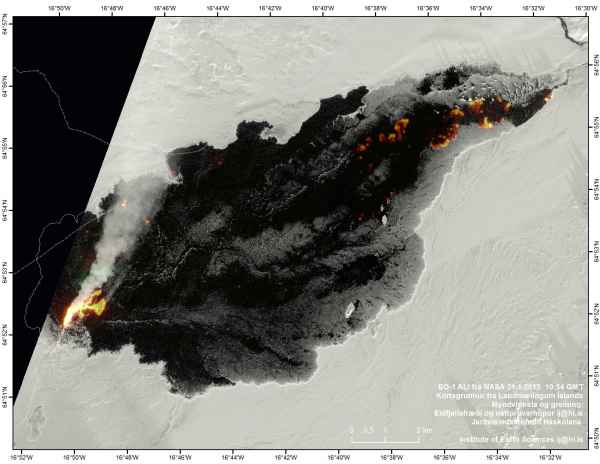 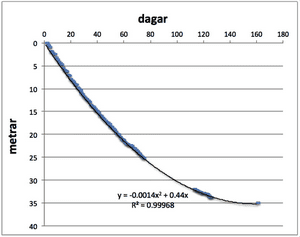 Source: Volcanoist has calculated when the eruption will end (Visir.Is)
Older updates
First visit to our site? If you havn't done it yet, download the Volcanoes & Earthquakes app to get one of the fastest volcano news online:
Android | IOS
An intense seismic crisis started at Bárdarbunga volcano on 16 August 2014 and led to several short-lived smaller subaerial and subglacial eruptions, before stabilizing in an ongoing (22 Sep) fissure eruption that started 31 Aug at Holuhraun plain north of the glacier. It already now counts as the largest on Iceland in over 100 years. On this page, we try to follow the rapidly changing chain of events.
Updates will be posted on top of this page.

VolcanoDiscovery tours
A selection of our most popular trips, which we have been offering and improving over many years now: Stromboli & Etna, Santorini, Java, Ethiopia, Nyiragongo and more. Have a look!
Iceland Eruption 2022

Eruption Update
Get current updates on the new eruption on Iceland's Reykjanes Peninsula that started on August 3rd 2022!
Fuego

Solar Eclipse & volcano tour
A total solar eclipse will occur on 14 Dec 2020 and pass over southern Chile and Argentina. Chile's most active volcano Villarrica is located exactly on the center line where the eclipse will be best to observe.
We offer you the unique chance to combine the eclipse with a tour to one the world's most beautiful volcanic areas - the Lake District in Chile.
Why is there advertising on this site?