Chikurachki stratovolcano forms highest peak on Paramushir Island in the northern Kurile island arc just south of Kamchatka Peninsula. It is one of the region's most active volcanoes.
The volcano itself is a relatively small cone, compared to other volcanoes of the Kurile Islands, but it is built on top of the high-lying remnants of an older and now extinct predecessor volcano. The dominantlyc basaltic one has steep slopes with little erosion and a shallow summit crater of approximately 450 m in diameter. The upper part of Chikurachki's cone is red, caused by oxidized basaltic-to-andesitic scoria deposits.

Eruptions of Chikurachki volcano:
There are 2 principal types of eruptions from Chikurachki: 1) frequent strombolian (mildly explosive) eruptions, such as in 1958, 1961, 1964, 1973, 2002, 2003, and 2) (sub-)plinian (extremely violent and dangerous) explosive eruptions such as in 1853 and 1986.
The strombolian-type eruptions usually last between several days to few weeks, and produce ejections of incandescent lava reaching 100-500 m height above the crater, but can occasionally produce ash plumes of up to 3 km height.
Many eruptions from Chikurachki are accompanied by lava flows. Some have reached the sea and form capes on the NW coast, and there are young lava flows on the upper eastern flank.
Basaltic plinian eruptions are a globally rare phenomenon, but common at Chikurachki volcano, and it is estimated that they have occurred every 100–200 years. Such eruptions - similar to the Icelandic Grimsvötn's eruption in June 2011 - are capable of producing tall ash plumes reaching 10-20 km and pose a significant hazard to aviation in an area densely populated by flight routes from N-America to Asia.

The Tatarinov group of 6 volcanic centers is located immediately to the south of Chikurachki, and is not listed as a separate volcano.
In contrast to the frequently active Chikurachki itself, the Tatarinov volcanoes have erupted much less in the past few thousands of years, as shown by extensive erosion. There is stratigraphic evidence (tephrochronology) of only one eruption in historical time from Tatarinov. The southern cone contains a sulfur-encrusted crater with fumaroles active along the margin of a crater lake until 1959, suggesting this volcano might be still active.
---
Sources:
Smithsonian GVP volcano information
Chikurachki KVERT information


2007 eruptions
Small to moderate ash emissions reaching 10,000 ft elevation occurred at the volcano in August 2007. Ash plumes were visible on satellite images extending up to 300 km NE of the volcano on 28-30 August (VAAC Tokyo).


2003 eruption
Ash emissions from Chikurachki were detected on satellite images on 18 April 2003. The origin was a powerful vulcanian eruption with at least 3 pulses. Ash clouds reached a maximum of 25,000 ft altitude (ca. 8 km), and extended south to a maximum 250 km (155 mi) or more. Eruptive activity continued at smaller levels until around 16 June 2003.
---
Source:
Robert G. McGimsey, Christina A. Neal, and Olga Girina (2005) "2003 Volcanic Activity in Alaska and Kamchatka: Summary of Events and Response of the Alaska Volcano Observatory", USGS Open-File Report 2005-1310


2002 eruption
A new series of eruptions began at Chikurachki on 25 January 2002. Explosions formed a small new crater on the SSE part of the summit crater. Eruptions continued until around 16 March 2002, when ash fell in Podgorny settlement, 20 km SE of the volcano. According to a report from the town of Severo-Kurilsk, a hunter observed a permanent ash column to a height of 2500m (8200 feet) ASL accompanied by thunder on 7 February.
Source: GVP monthly reports


1986 basaltic plinian eruption
On 19 November 1986 a new powerful summit eruption began at Chikurachki volcano. The eruption started with small explosions ejecting dark ash, increasing to an eruption column of 1 km height within 30 minutes. The eruption column increased further to 3 km and a 20-m-thick lava flow was erupted. 3 pyroclastic flows moved down the SE flank. Satellite images showed a plume extending roughly 350 km to the ENE at 23h00 local time.
The eruption peaked on 20-21 November accompanied by strong felt earthquakes and volcanic lightning. The ash column reached a maximum of 10-11 km height and an ash plume was seen on satellite imagery extending up to 500 km to the E. 2 lava flows descended to 560 m altitude.
After midnight on 21 November explosions began to decrease. A lava flow began on the southeastern flank of the volcano and advanced 3 km in 5 days, its thickness at the front being 35-40 m. On 1 December explosions ceased in the crater.
---
Sources:
GVP monthly reports
Ovsyannikov A A, Muraviev Y D, 1992. The 1986 eruption of Chikurachki volcano. Volc Seism, 1992(5-6): 3-20 (English tranlation 1993, 14: 493-514)


1853 basaltic Plinian eruption
The eruption of Chikurachki in 1853 was one of the biggest knwon at the volcano. It was one of the basaltic Plinian eruptions. Its ash deposits contained a minimum volume of 0.07 cubic km, and covered an elliptical area with the axis towards NE. Maximum thickness of the deposit was 4.2 m. The calculated maximum height of eruption column was 14 km.
---
Source:
A.A. Gurenko et al. (2005) "Explosive basaltic volcanism of the Chikurachki Volcano (Kurile arc, Russia): Insights on pre-eruptive magmatic conditions and volatile budget revealed from phenocryst-hosted melt inclusions and groundmass glasses", Journal of Volcanology and Geothermal Research 147, pp 203–232
Derniers images satellite

See also: Sentinel hub | Landsat 8 | NASA FIRMS
First visit to our site? If you havn't done it yet, download the Volcanoes & Earthquakes app to get one of the fastest volcano news online:
Android | IOS
Actualitées
mer., 19 oct. 2022, 14:00 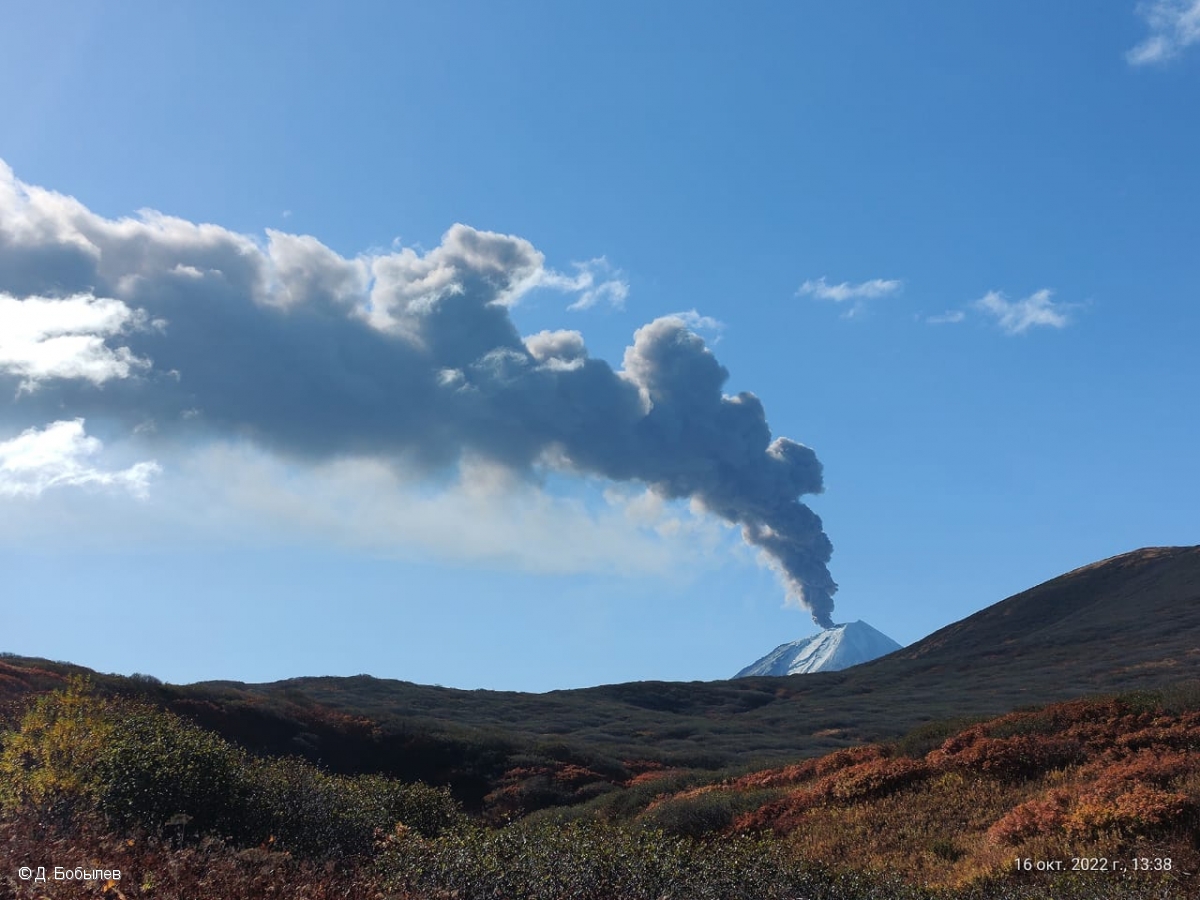 The explosive eruption at the volcano continues. Read all
Découvrez notre app gratuite !

From Stromboli to Etna
Get to know some of the most active and interesting volcanoes in the world: famous Mt. Etna on Sicily; Vulcano, in the Ancients'belief home to Vulcanus, God of Fire; Lipari with its spectacular obsidian and pumice deposits; and Stromboli, "Lighthouse of the Tyrrhenian Sea", known for its permanent fireworks!
Satellite images

Recent volcano satellite images
Browse quickly through the latest satellite imagery from volcanoes all over the world in order to spot ash clouds and hot spots.
Lava fountains