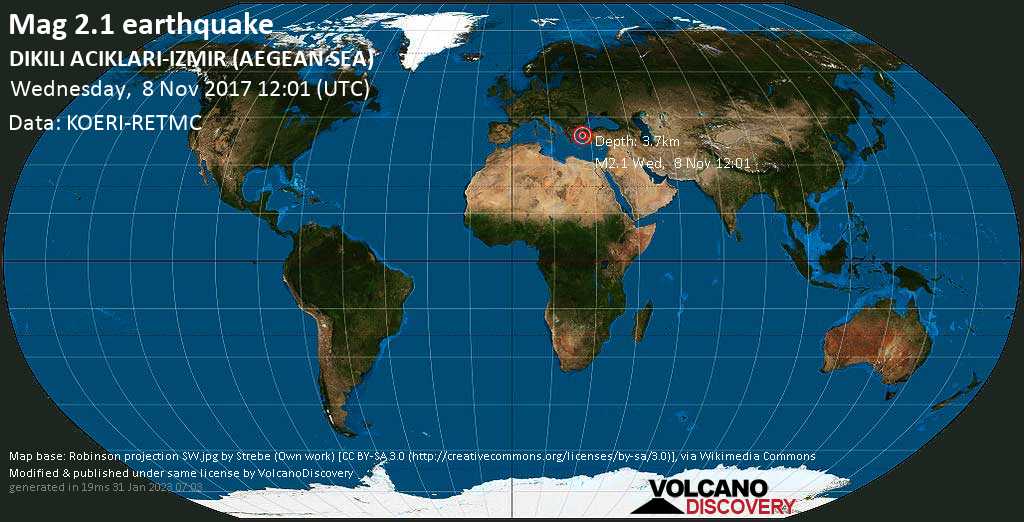 Quakes by country or region: Look up earthquakes in your country, region or state!
Greece earthquakes

Latest quakes in Greece: Greece has a lot of earthquake activity, but most of them occur around the margin of the Aegean microplate. The Cycladic islands are located in its center and therefore seismically comparably quiet.
What is a volcano?

Definition of a volcano: A volcano is the term for any place on the surface of the earth, where hot molten rock (magma) reaches the surface.
Volcano Specials