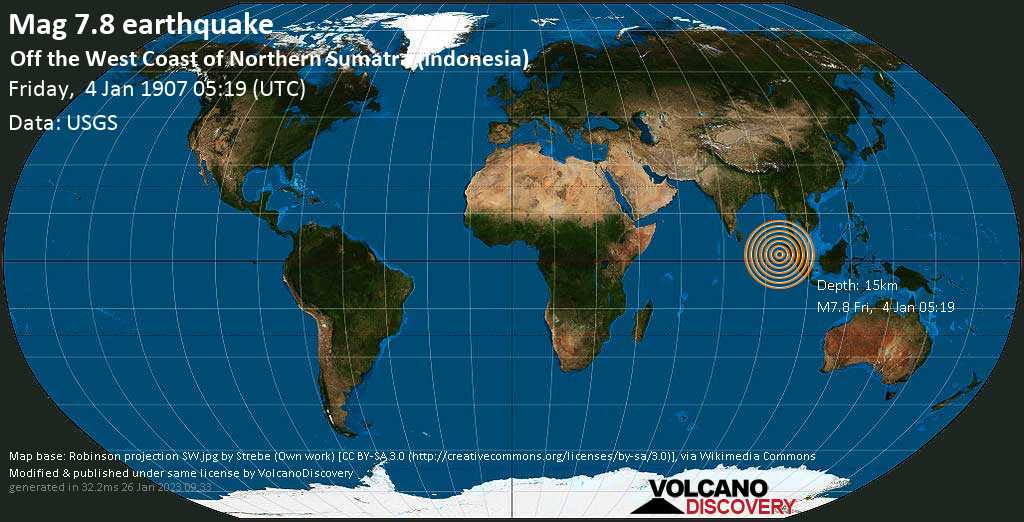 Major magnitude. 7.8 earthquake - Off the West Coast of Northern Sumatra (Indonesia) on Friday, 4 January 1907 at 05:19 (GMT)
Please check again later while we are collecting more data.
to top

Photos from Kamchatka: Kamchatka in Russia's far east is one of world's remotest regions and has an almost unparalleled density of active volcanoes. Look at photos taken during our expeditions from this wonderful corner of the world!
Volcano Calendar 2018

Volcano Calendar 2018: We're proud to present our 2018 volcano calendar: 13 different and attractive images of volcanoes, volcanic landscapes and phenomena taken during volcano tours over the past few years.
Volcano News

Volcano News group: Join our group on facebook: post reports, updates, or other interesting facts about volcanism and volcanic activity worldwide and discuss with other members.
Krakatoa video