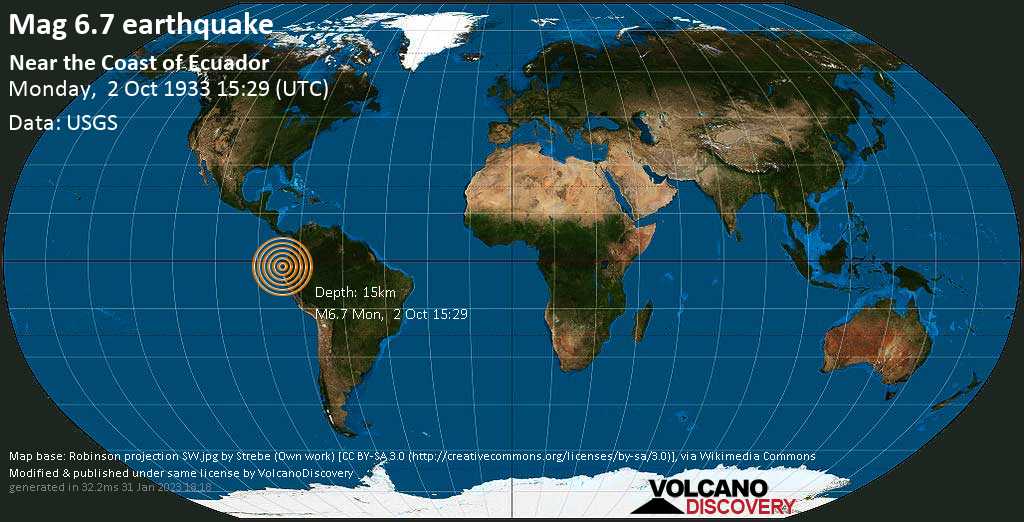 Aftershocks of the 6.7 quake Near the Coast of Ecuador 2 October 15:29 UTC

Eruption from close: On 17 Oct, explosions were particularly violent at Anak Krakatau. We show a series of images of a spectacular explosion captured from close range by boat.
Vesuvius volcano

Photos from Germany: Germany has a large number of volcanoes - most of them extinct, but the Eifel volcanic field is still potentially active.
Volcano Calendar 2020

Volcano Calendar 2020: We're proud to present our 2020 volcano calendar: 13 different and attractive images of volcanoes, volcanic landscapes and phenomena taken during volcano tours over the past two years.
Why is there advertising on this site?