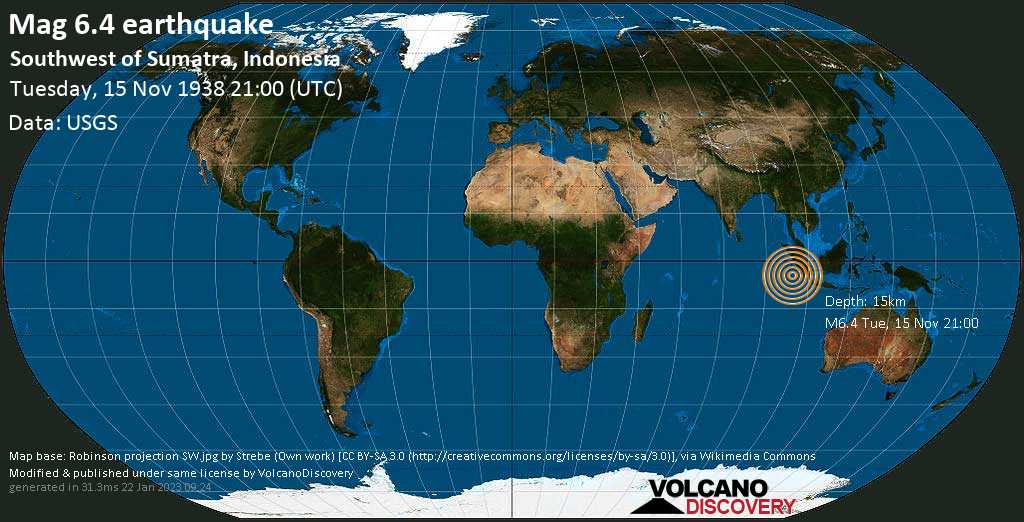 Aftershocks of the 6.4 quake Southwest of Sumatra, Indonesia, 15 November 21:00 UTC