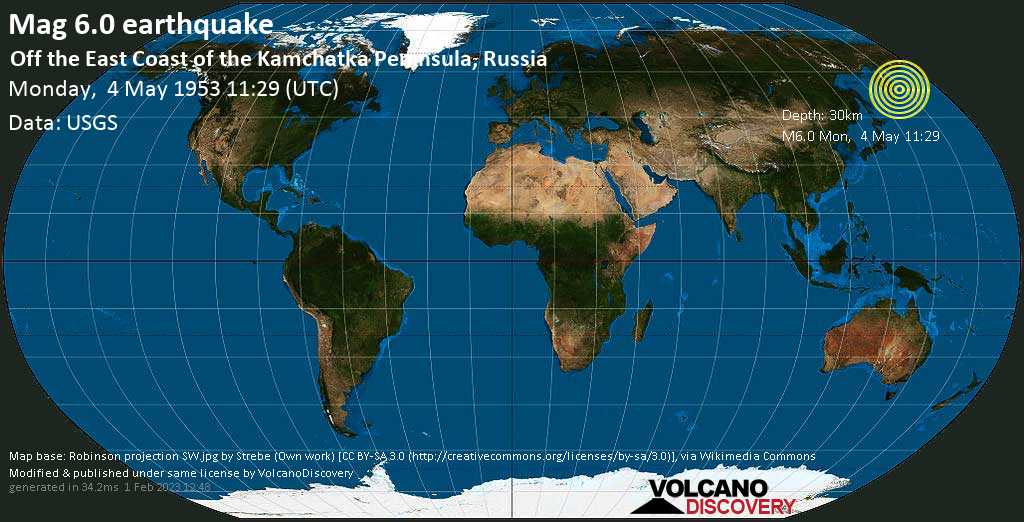 Aftershocks of the 6.0 quake Off the East Coast of the Kamchatka Peninsula, Russia, 4 May 11:29 UTC

Click here to search our database for earlier earthquakes in the same area since 1900!
Most recent quakes Top 20 quakes past 24 hrs Quakes in Kraï de Kamtchatka
Try our free app!

Popocatépetl Volcano Special: The activity of Mexico's most active and largest volcano has been picking up gradually during the past months. If you like to join a small group of volcano enthusiasts, join us, stay 5 nights near the volcano and move around for extended day- and night-time observation.
Earthquakes at volcanoes

Recent shallow earthquakes near volcanoes: Earthquakes often precede volcanic eruptions. Find out where the latest earthquakes in the vicinity of volcanoes have occurred.
Bárdarbunga

Bárdarbunga eruption 2014: Photos from the Holuhraun fissure eruption: large lava fountains and lava flows from close!
Sakurajima videos
Why is there advertising on this site?