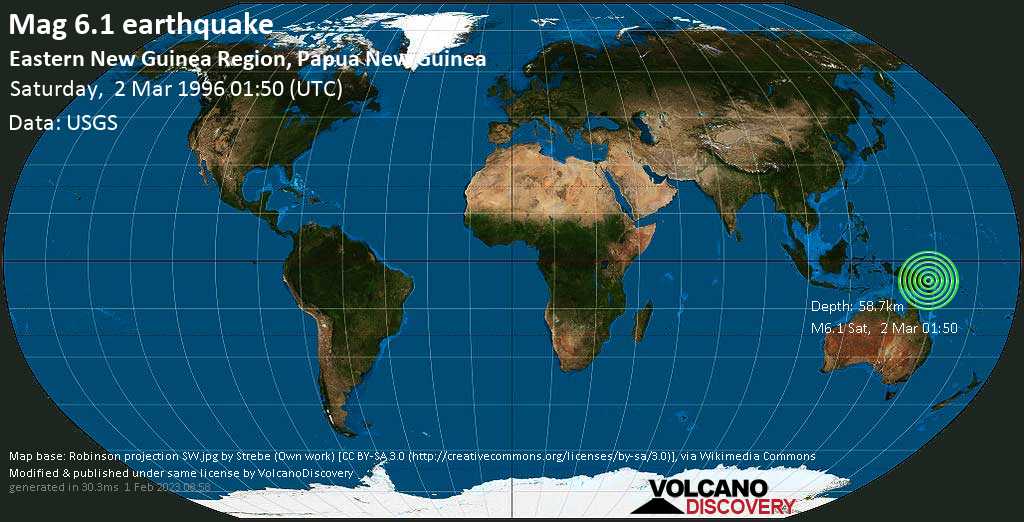 More info
Based on its magnitude, the fault that was active during the quake ruptured along a surface of approx. 126 km2 (=49 sqare miles) as a first-order estimate. The length of the rupture zone thus was probably around 19 km (12 mi).
Aftershocks typically occur during the weeks and months following the quake at or near the same fault, at distances of up to approx. two times the length of the rupture zone.
The often broadly linear arrangement of aftershock epicenters encompasses the rupture zone of the main shock (check on the map below to verify).
Recorded aftershocks, latest first (24 quakes):

Latest quakes at Katla volcano: One of Iceland's most active and dangerous volcanoes is showing signs of unrest and statistically due for a new eruption. Earthquakes could give a clue.
California earthquakes

Photos from Vanuatu: A fascinating archipelago with very active volcanoes, tropical islands and very friendly and hospital people who still live their original Melanesian culture. Browse through our vast collection of photos.
Why is there advertising on this site?