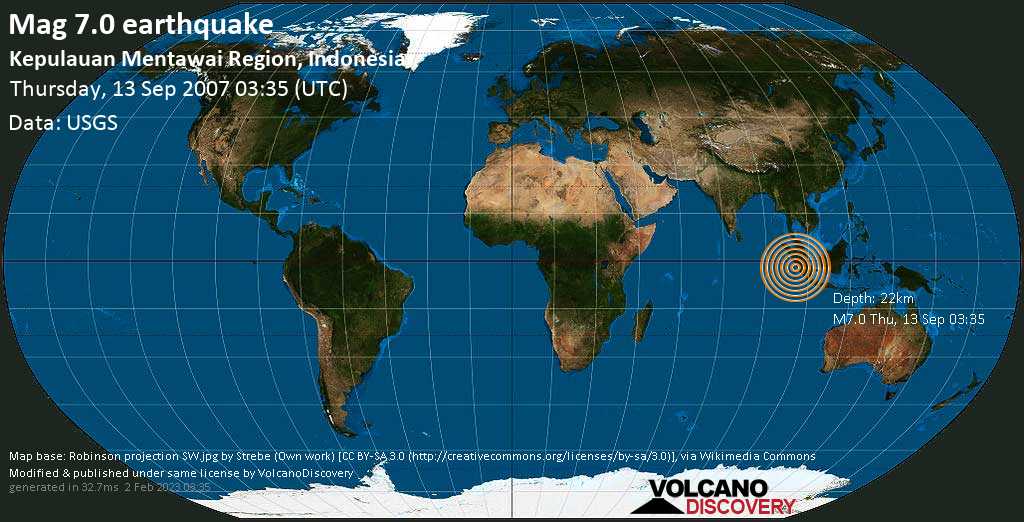 More info
Based on its magnitude, the fault that was active during the quake ruptured along a surface of approx. 1000 km2 (=386 sqare miles) as a first-order estimate. The length of the rupture zone thus was probably around 55 km (34 mi).
Aftershocks typically occur during the weeks, months or even a year following the quake at or near the same fault, at distances of up to approx. two times the length of the rupture zone.
The often broadly linear arrangement of aftershock epicenters encompasses the rupture zone of the main shock (check on the map below to verify).
Recorded aftershocks, latest first (63 quakes):

Land of Theseus: A relaxed walking and study tour to one of Greece's hidden treasures and also one of the least known volcanically active areas in Europe.
Stromboli

Stromboli volcano photos: The lighthouse of the Thyrrhenian Sea - thanks to its typical, regular explosions that coined the term "strombolian activity", Stromboli is one of the most famous and photogenic volcanoes in the world.
Photo Prints

Volcano-Photo.com: Fine art prints, gifts and other photo products from a selection of our volcano photos. Check out the new website volcano-photo.com!
Volcano Database

Alphabetical list of volcanoes: Find out all there is about a particular volcano
Why is there advertising on this site?