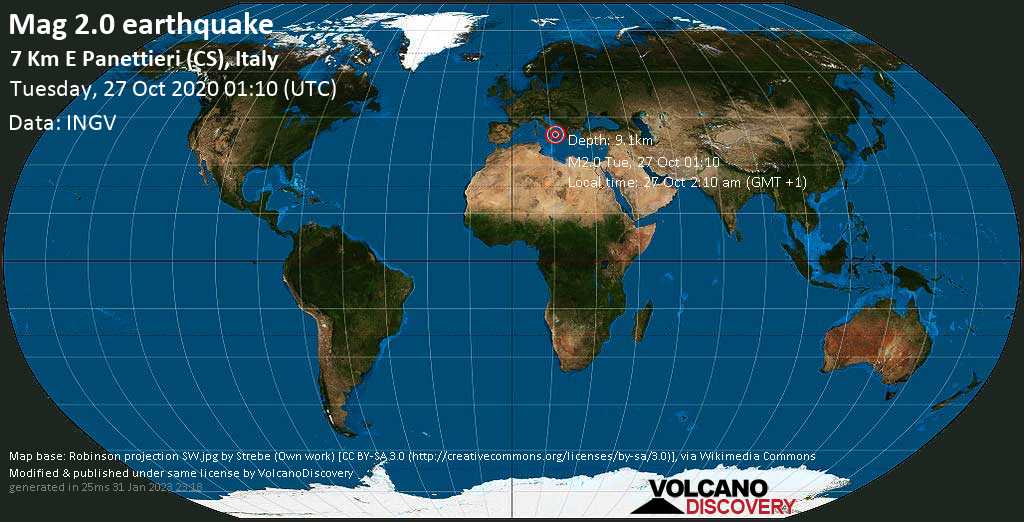 Click here to search our database for earlier earthquakes in the same area since 1900!
Most recent quakes Top 20 quakes past 24 hrs Quakes in Italie
Try our free app!

Intraplate volcanism: A third tectonic setting where volcanism occurs is believed to be the result of mantle plumes and not directly related to plate boundaries. So called hot spot volcanoes fall into this category.
Plate Tectonics

Introduction to Plate Tectonics: The Earth's upper, rigid layer is broken into several plates which are in constant motion to one another. Most earthquakes and volcanoes occur as result of these plate boundaries.
Yellowstone quakes

Divergent plate boundaries in oceans: Two ocean plates move apart from each other. Hot upwelling mantle material forms magmas that continuously produce new oceanic crust. An ocean widens.
Why is there advertising on this site?