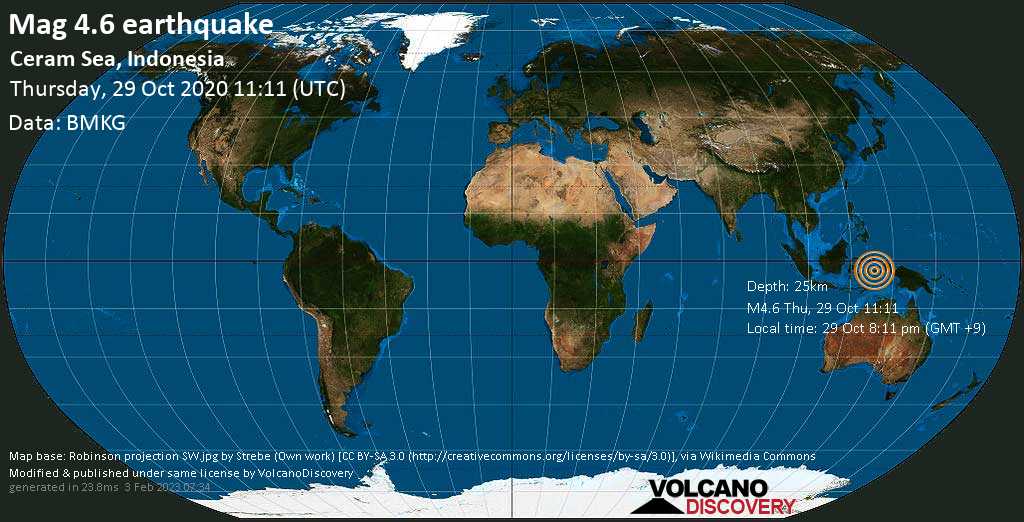 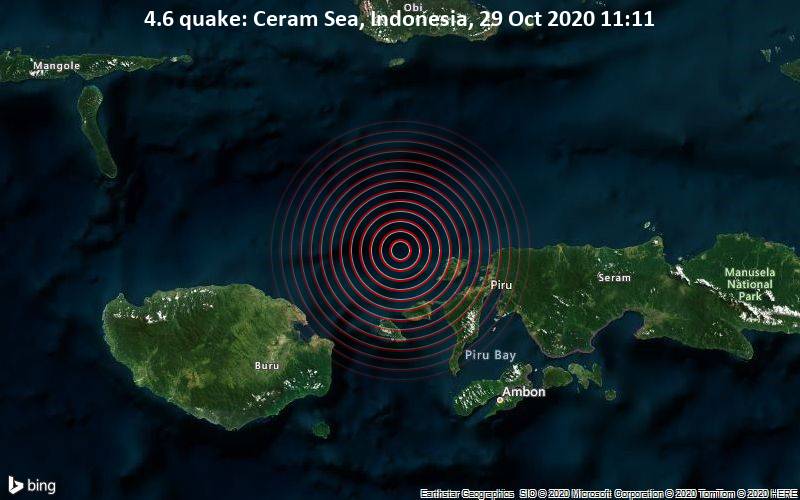 28°C (82 F), humidity: 73%, wind: 3 m/s (6 kts) from E
Primary data source: BMKG (Meteorological, Climatological, and Geophysical Agency of Indonesia)
Estimated released energy: 5 x 1011 joules (139 megawatt hours, equivalent to 120 tons of TNT) More info
[afficher la carte]
Show interactive Map
[smaller] [bigger]
If you felt this quake (or if you were near the epicenter), please share your experience and submit a short "I felt it" report! Other users would love to hear about it!
Also if you did NOT feel the quake although you were in the area, please report it! Your contribution is valuable also to earthquake science and earthquake hazard analysis and mitigation efforts. You can use your device location or the map to indicate where you were during the earthquake. Thank you!