1700 possible eruption
A report of "smoke" at the volcano in 1700 could indicate an eruption.
(Smithsonian SEAN Bulletin 01:14, Jan 1976)
Derniers images satellite See also: Sentinel hub | Landsat 8 | NASA FIRMS
First visit to our site? If you havn't done it yet, download the Volcanoes & Earthquakes app to get one of the fastest volcano news online:
Android | IOS
Actualitées
lun., 19 sept. 2022, 04:15 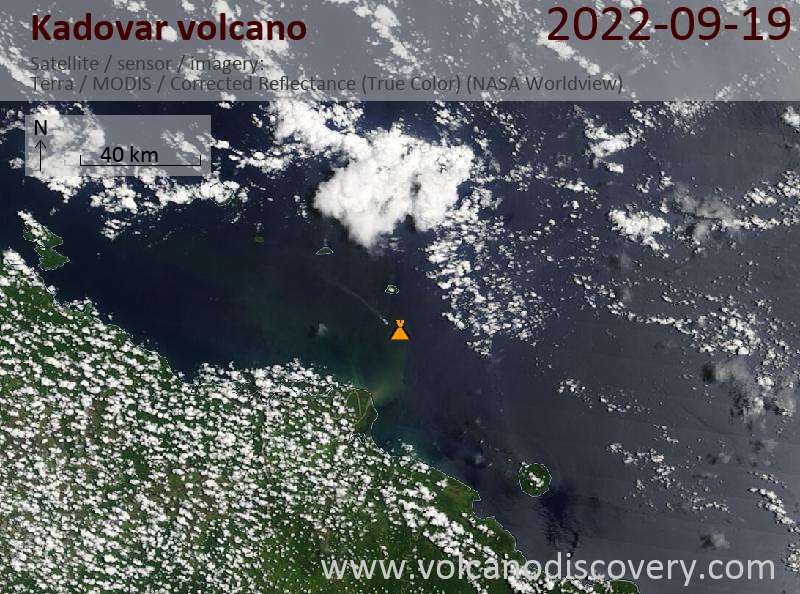 Photos of lava lakes
What is a volcano?

Definition of a volcano
A volcano is the term for any place on the surface of the earth, where hot molten rock (magma) reaches the surface.
Volcanoes outside Earth

Volcanoes in the Solar System
The Earth is not the only place with volcanic activity. Active volcanism also occurs at at least 3 other bodies in our Solar System.
Kamchatka volcanoes