1973 lava flow eruption
A new eruption of Langila volcano began on 12 July 1973 and lasted about 6 months into early 1974. It produced a slow, steady lava flow from crater 3. The flow had reached 1 km length and was 300 m wide when observed on 18 July. According to the Rabaul Volcano Observatory, this was only the third lava flow at Langila in the 20th century, the other being in 1960 and 1967.
---
Source: GVP / Smithsonian monthly reports
Derniers images satellite 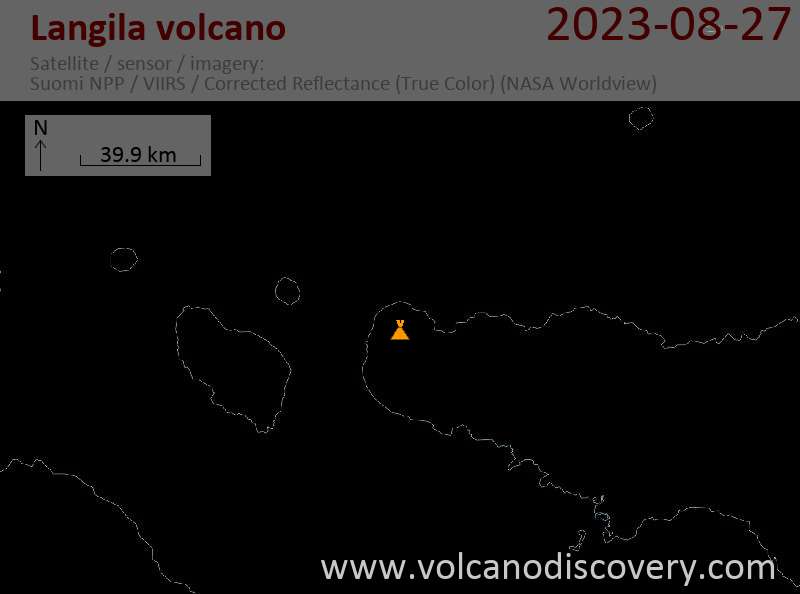 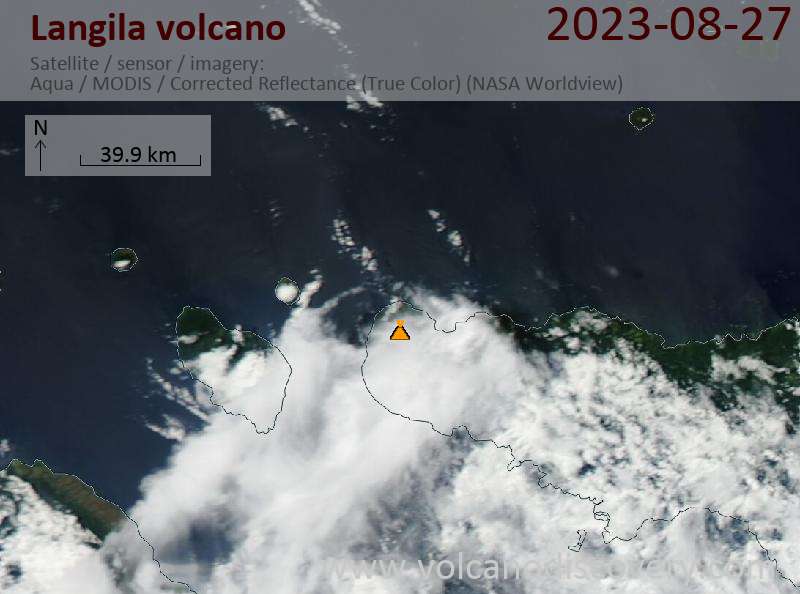 See also: Sentinel hub | Landsat 8 | NASA FIRMS
First visit to our site? If you havn't done it yet, download the Volcanoes & Earthquakes app to get one of the fastest volcano news online:
Android | IOS
Actualitées
mer., 26 oct. 2022, 14:00

Volcano & eruption special tours
Tours dedicated to usually a single volcano currently in eruption. These trip, sometimes offered only last-minute through our newsletter, are among the most adventurous and most popular in our program.
Ethiopia

Ethiopia and the Danakil
Ethiopia is a very diverse and beautiful country. Thanks to our numerous expeditions to Erta Ale and Dallol and beyond, we have an extensive collection of images showing the volcano's lava lake, the desert, the colorful hot springs of Dallol, the vast salt lakes, camel caravans and more.
Fuego

Fuego volcano photos
One of Central America's most active volcanoes, Fuego in Guatemala is in near-permanent explosive eruption with intermittent phases of increasing activity that generate lava fountains, lava flows and pyroclastic flows.
Armenia 28 May-7 Jun 2023

Land of History
Armenia has an ancient history and rich cultural heritage to discover. Find true hospitality on unbeaten paths and discover its spectacular geology that shaped dramatic landscapes, hike to hidden century-old monasteries, walk through deep gorges cut into old lava plateaus, wander about on alpine meadows full of flowers, and enjoy superb fresh food... Join us on a relaxed relaxed geotour to one of our best destinations!
Why is there advertising on this site?