Manam volcano located 13 km off the northern coast of New Guinea near Bogia town is one of Papua New Guinea's most active volcanoes. It has one of the longest records of historic eruptions in the SE Pacific region. The larger eruptions of Manam produce pyroclastic flows and sometimes lava flows. Both have repeatedly reached the coast and affected populated areas.
A large series of eruptions began at Manam in November and December 2004. It forced evacuations from the whole island. A pyroclastic flow at Manam volcano on 3 December 1996 killed 13 people in the village of Budua.

Manam island is the submerged top of a large stratovolcano. It is circular and 10 km in diameter. While there is vegetation on its lower slopes are vegetated, the upper slopes are bare due to its frequent eruptions. 4 large valley radiate from the summit area down to the lower slopes. They are spaced 90 degrees apart and known as "avalanche valleys", because pyroclastic flows are usually channeled inside one or several of these valleys.
Manam has 2 active summit craters, remnants of an old caldera visible at an elevation of 900 m, and 5 small flank craters located near the island's shoreline on the northern, southern and western sides.
Most historic eruptions, recorded since 1616, originated from the southern crater and erupting many pyroclastic flows into the SW avalanche valley.


2006 large eruption
A large eruption on 27 February 2006 from Manam's Southern Crater sent an eruption column to 19 km altitude and forced the evacuation of hundreds of inhabitants.


2005 major eruptions on 27-28 February
A large eruption occurred on 27 January. It formed a large eruption plume with a wide, circular umbrella ash cloud reaching a maximum of 21-24 km (60-70,000 ft) altitude.
There were 14 injured and 1 dead at Warisi village. The eruption caused widespread destruction on the island and the volcano observatory was destroyed. Ashfall was reported ~230 km W of Manam.
Another large eruption occurred around 23h00 on 28 January, generating a plume that reached 18 km altitude.
(Source: Smithsonian / GVP monthly reports)

5 people were killed, mostly due to inhaling ash, and 9600 people were evacuated. The ash damaged crops, water supplies, and houses.
Mild to strong strombolian-type activity from the summit crater was occurring in the intervals between the larger explosions.
The eruption had also an effusive component and generated lava flows flowing into the NE radial valley. The lava flow followed the Boakure side of the valley and covered the older flows from the 1992-1994 eruption.
(Source: GVP weekly and monthly reports) ...plus
Derniers images satellite 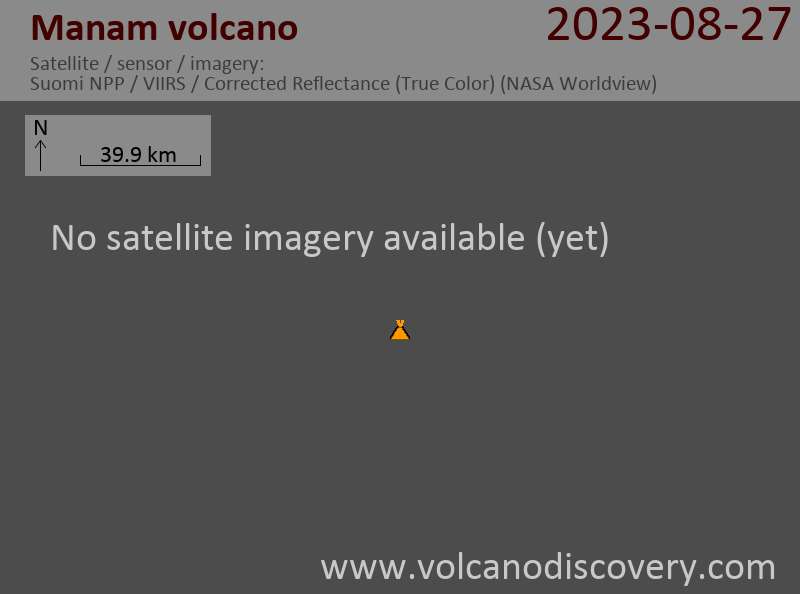 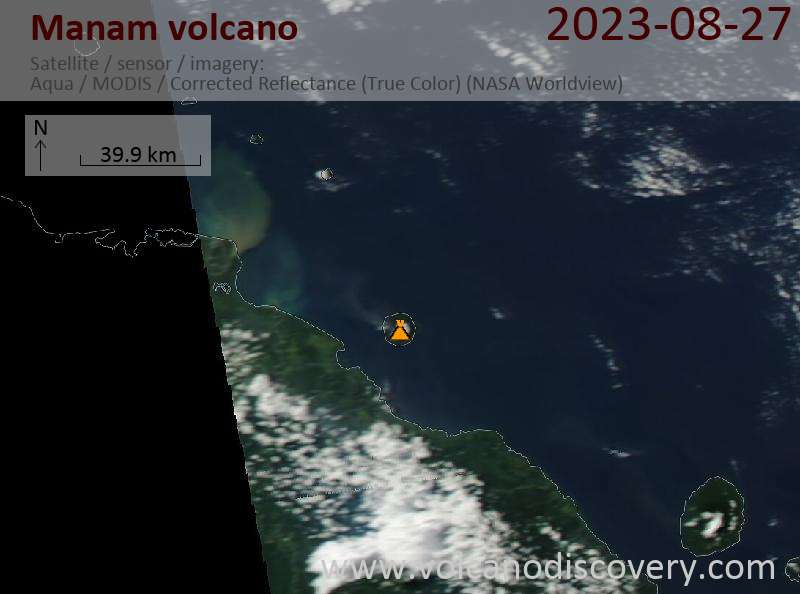 The Darwin VAAC reported that on 26 December an ash plume from Manam rose to 3 km (10,000 ft) and drifted S and SSE based on satellite images. ... Read all

Photos of fumaroles
Krakatau to Bali

Tour photos May 2016
A selection of photos taken during our Java photo tour by Uwe Ehlers.
São Jorge Island

Volcano & Earthquake news feeds
If you like to use RSS to access the latest news about volcanoes and earthquakes without needing to visit the site, have a look at our available news feeds!
Santorini April 2017

Foto tour Santorini April 2017
A selection of images taken during our photo tour on Santorini. We offer customized small-group photography tours and workshops on the beautiful island of Santorini.
Why is there advertising on this site?