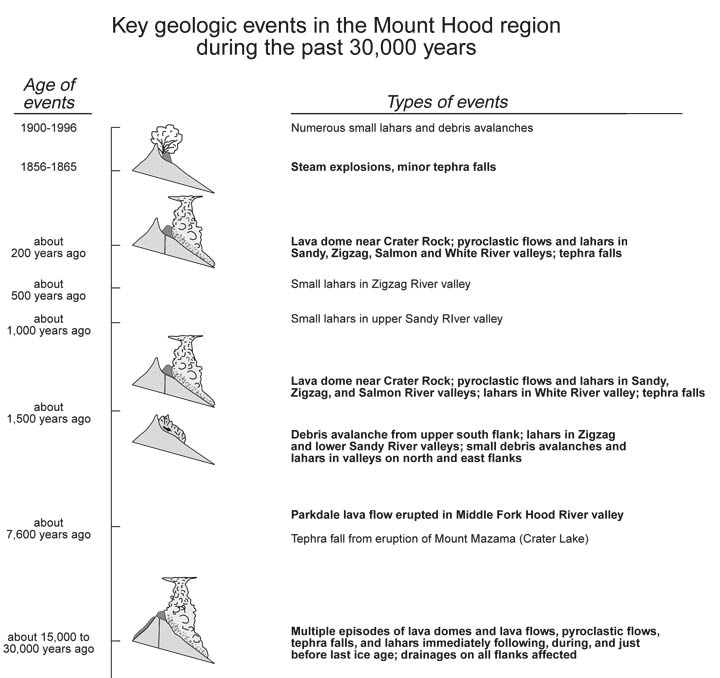 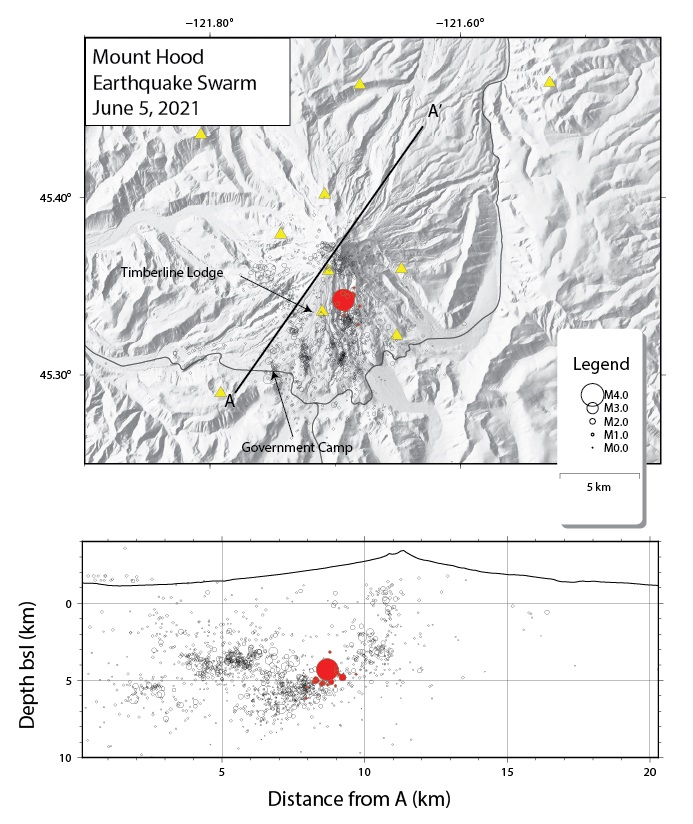 On 5 June at 20:51 local time, the Cascade Volcano Observatory's (CVO) seismic network detected a volcano-tectonic earthquake with magnitude M 3.9 that occurred about 4 km south of the summit at 4.3 km depth. ... Read all
mer., 26 juin 2002, 06:00
Hood volcano (United States) - Smithsonian / USGS Weekly Volcanic Activity Report for 26 June-2 July 2002 (New Activity / Unrest)
CVO reported that the strongest earthquake in the Mount Hood area in decades occurred on 29 June at 0736. The widely felt M 4.5 event was located ~4.5 km S of the summit at a depth of 6 km. Hundreds of aftershocks followed, including two greater than M 3. ... Read all
Découvrez notre app gratuite !

Merapi volcano photos
One of the most active and most dangerous volcanoes of Indonesia: Merapi meaning "the one who makes fire", is a feared but also venerated holy mountain looming over the city of Yogyakarta, capital of Central Java.
Destinations

Tours by destination
We travel to volcanic areas worldwide: from Greece and Italy, Iceland, to Hawai'i, Japan, Indonesia, Vanuatu. We even offer a Round-The-World tour to volcanoes.
Volcano Calendar 2016

Island of Venus
Milos Island in Greece is one of the most beautiful and photogenic islands of the Mediterranean. Its boasts breathtaking scenery of colorful volcanic rocks, some of the finest beaches of the country, a rich archeological heritage, great hospitality and delicious local cuisine. Come join us to explore this magical island on a 6-days geological tour!
Iceland Eruption 2022

Eruption Update
Get current updates on the new eruption on Iceland's Reykjanes Peninsula that started on August 3rd 2022!
Why is there advertising on this site?
Support us - Help us upgrade our services!
We truly love working to bring you the latest volcano and earthquake data from around the world. Maintaining our website and our free apps does require, however, considerable time and resources.
We need financing to increase hard- and software capacity as well as support our editor team. We're aiming to achieve uninterrupted service wherever an earthquake or volcano eruption unfolds, and your donations can make it happen! Every donation will be highly appreciated. If you find the information useful and would like to support our team in integrating further features, write great content, and in upgrading our soft- and hardware, please make a donation (PayPal or Online credit card payment).