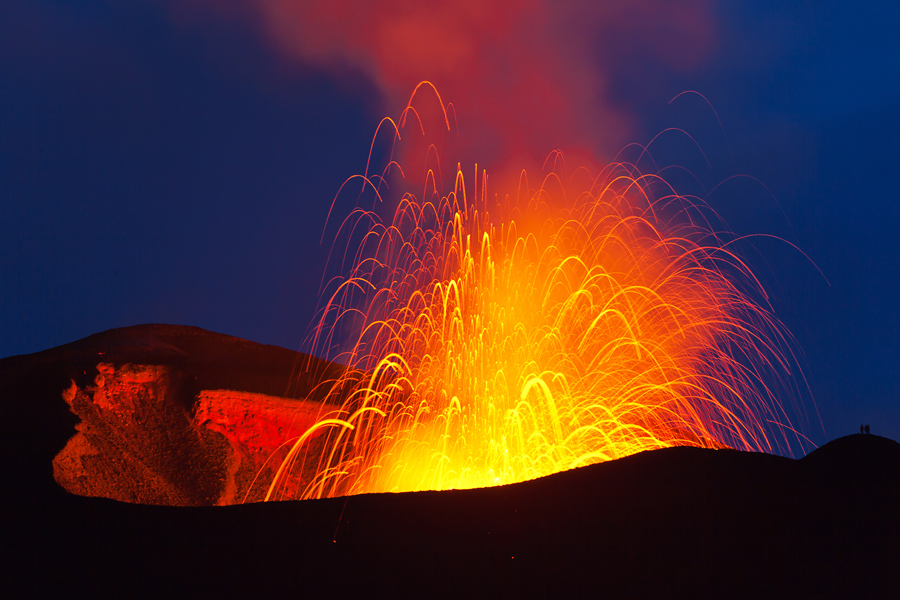 Volcanoes of Java
Climb some of its most interesting and active volcanoes of Java: Papandayan and Galunggung, Merapi in Central Java, Kelud, Semeru, Bromo, the Tengger caldera, and Ijen.
Ijen

Ijen volcano photos
Ijen volcano in East Java is famous for its turquoise acid crater lake and the large sulfur deposits that are being mined by local workers. At night, the scene is illuminated by ghostly blue flames, as sulfur ignites.
Plate Tectonics

Introduction to Plate Tectonics
The Earth's upper, rigid layer is broken into several plates which are in constant motion to one another. Most earthquakes and volcanoes occur as result of these plate boundaries.
Volcano Stats

Statistics on active volcanoes
Find out which volcanoes erupted in a given year or month!
Colima