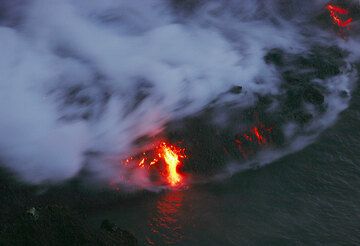 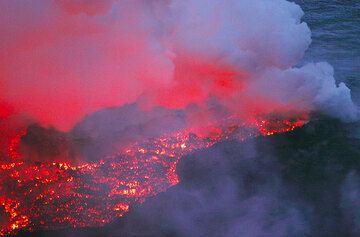 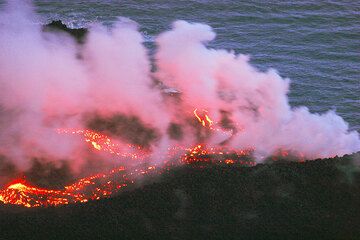 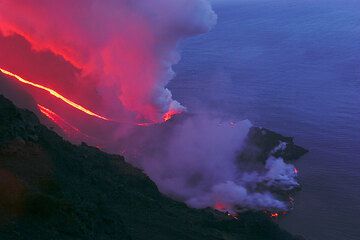 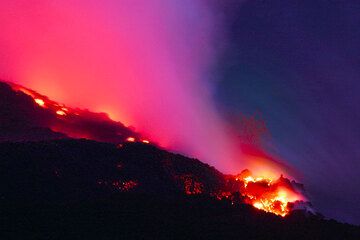 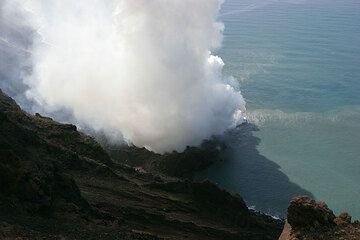 The lava delta and the steam plume (6 March) 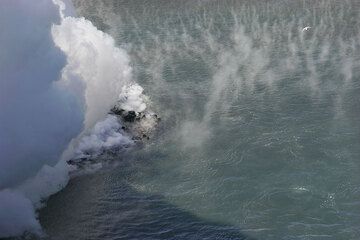 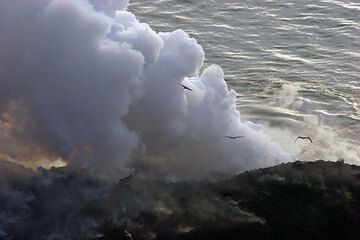 Seagulls and the steam plume 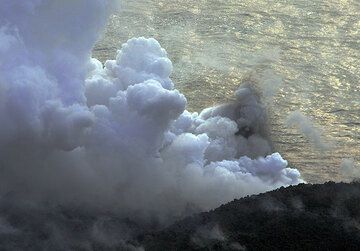 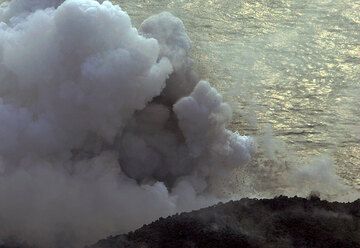 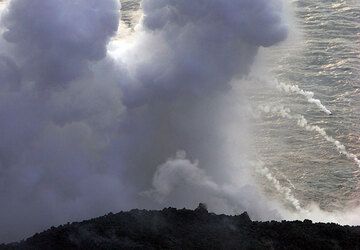 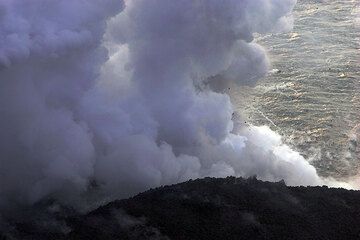 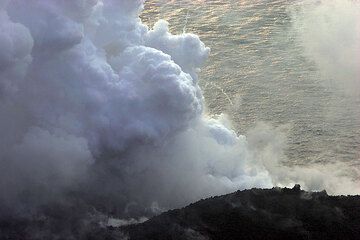 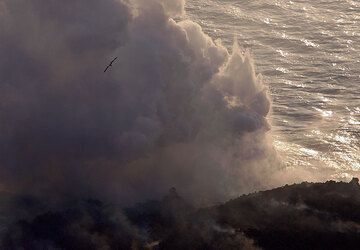 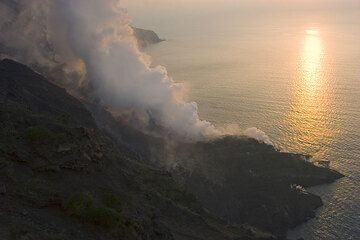 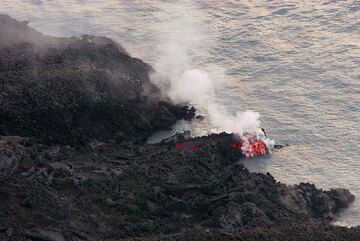 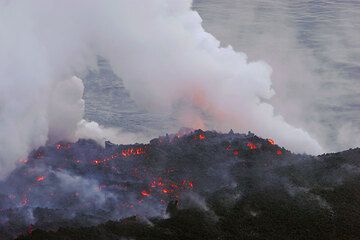 The most active entry (6 March) 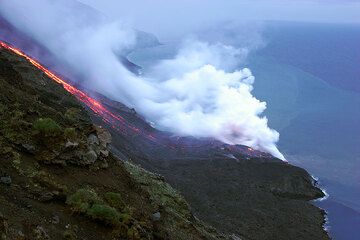 The lava channel on the Sciara 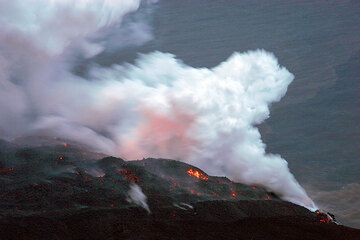 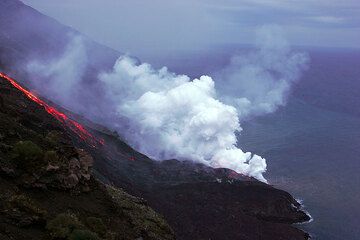 Blue hour at the delta 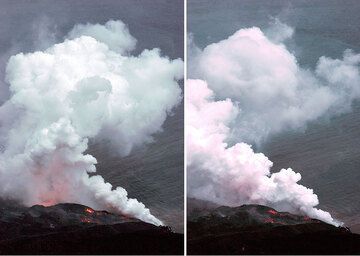 Steam clouds from the entry 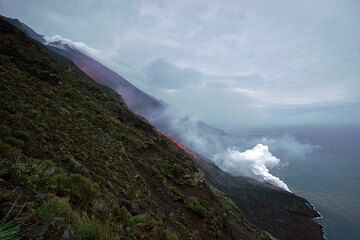 The lava flow on the Sciara on 10 March 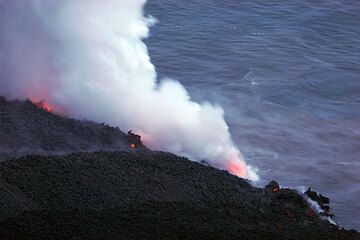 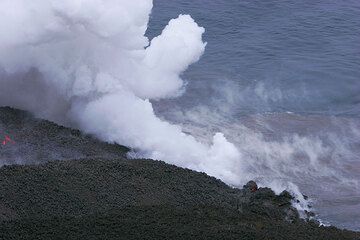 The sea entry on the morning of 10 March (2)
Découvrez notre app gratuite !

Etna trekking tour
A tour entirely dedicated to Etna, the most active volcano in Europe. Spend 6 full days on Etna and get good chances to see eruptive activity.
Vanuatu

Vanuatu Volcano Tours
One of the most exciting volcano travel destinations in the world! On our adventurous expeditions, you will get close to active lava lakes on Ambrym Island and the spectacular fireworks of Yasur volcano on Tanna Island.
Santorini geology tour

Fascination Volcano
Discover with us the fascinating natural history of Santorini volcano in Greece on this walking and study tour.
Volcano Tours