Stromboli eruption 2007: the flow on the Sciara from the sea

Thanks to Sergio Ballaro, we had the opportunity to visit the lava flows from a small boat on 4 March. There had been little change in activity with respect to the previous days, but the good weather allowed some nice views of the lava flows and the growing peninsula from a different perspective. 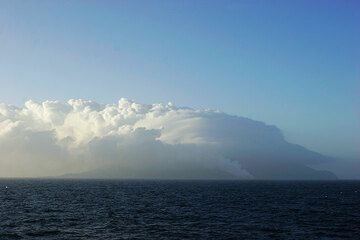 Early morning of 3 March: Stromboli covered in thick clouds merging with the steam plume from the lava entry. 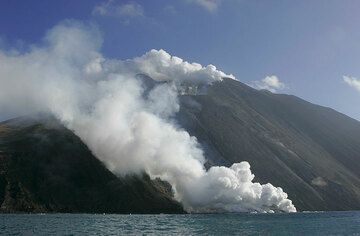 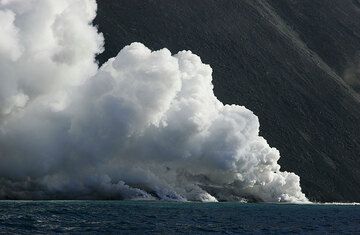 Boiling steam at the lava entry. 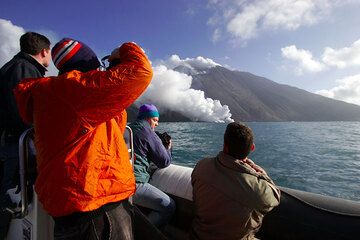 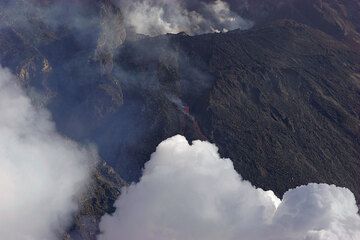 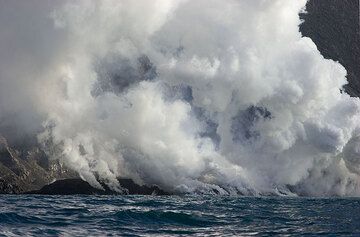 Steam from the lava fronts in the sea. 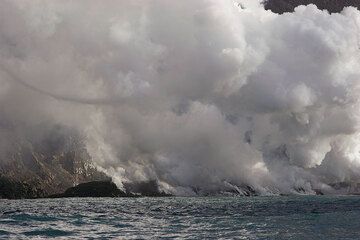 Turbulence creating a small horizontal twister in the steam. 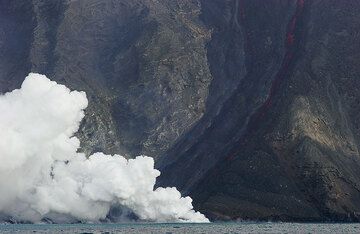 The lava flows and the steam plume (1). 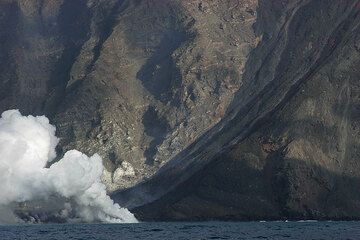 The lava flows and the steam plume (2). 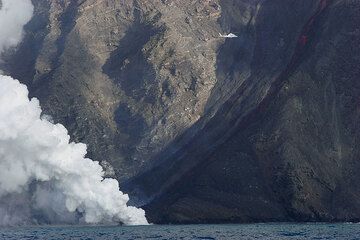 Lava flows and a helicopter for scale. 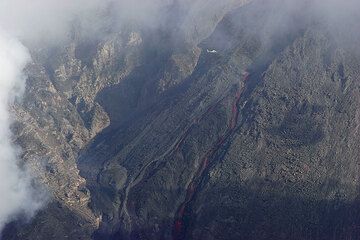 The helicopter flying in front of the lava flows. 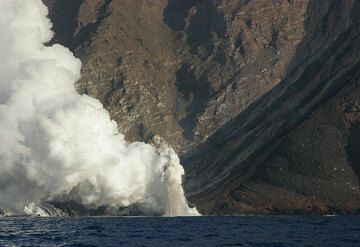 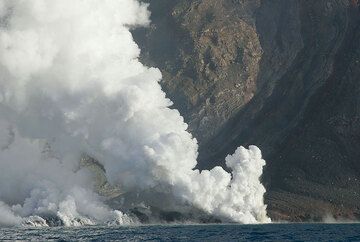 Another explosion at the entry point. 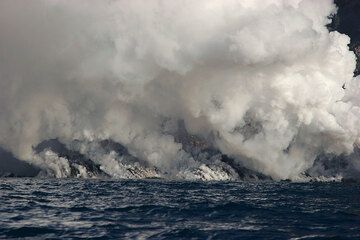 The lava flow front and steam. 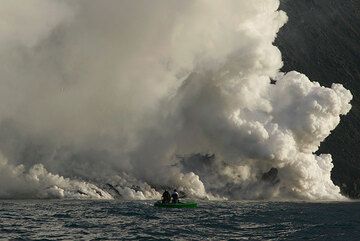 Nyamuragira volcano photos
Africa's version of Mauna Loa, Nyamuragira (or Nyamulagira) is a massive basaltic shield volcano neighboring Nyiragongo. It is one of the most active volcanoes in the world and has voluminous eruptions every few years.
World Volcano Tour

Round-the-world volcano tour
Have you ever dreamt of travelling around the world? VolcanoDiscovery makes this dream come true.
What is a volcano?