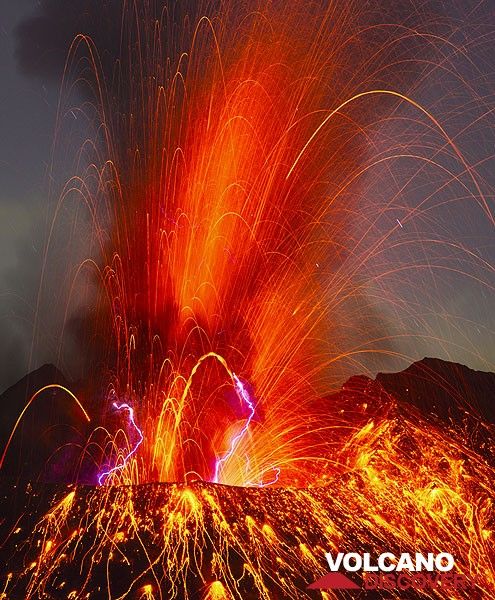 Blue flames of burning sulfur
Ijen volcano in East Java has one of the most impressive sulfur deposits on earth. They are so hot that the sulfur often ignites - a mysterious display at night caught on camera.
Italy
01-09 Oct 2022

From Stromboli to Etna
Get to know some of the most active and interesting volcanoes in the world: famous Mt. Etna on Sicily; Vulcano, in the Ancients'belief home to Vulcanus, God of Fire; Lipari with its spectacular obsidian and pumice deposits; and Stromboli, "Lighthouse of the Tyrrhenian Sea", known for its permanent fireworks!
Volcanic Quakes

Earthquakes near Volcanoes
Our world-wide map continuously detects shallow earthquakes near volcanoes. These could be early signs of unrest and often precede eruptions.
Kilauea

Kilauea volcano, Hawai'i
Kilauea is the most active volcano on earth, in constant eruption since 1983!
Photo Tours