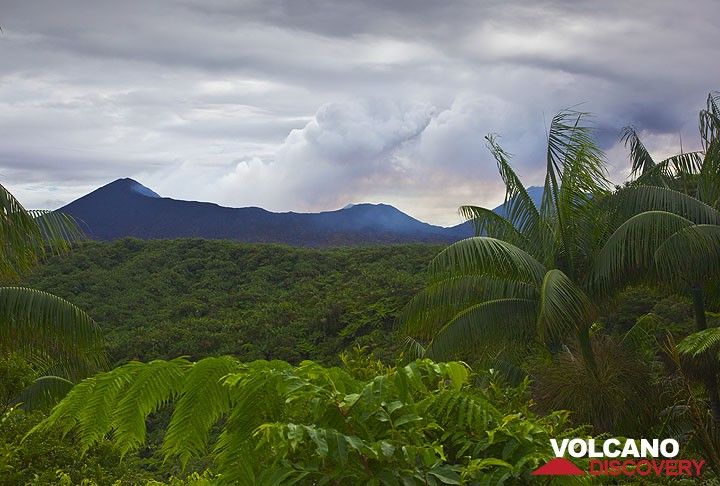 Krakatoa explodes
In the afternoon of 17 Oct, a particularly violent explosion occurred at Anak Krakatau, blasting away a portion of the southern crater rim. A similar event might have been the final trigger for the catastrophic landslide that let the cone collapse and cause a devastating tsunami on 22 Dec 2018.
Hawai'i

Volcano Tours on Hawai'i
The Hawaiian Islands are not only home to the most active volcanoes in the world, Kilauea and Mauna Loa on the Big Island, but also boast a unique natural environment. Born by volcanic activity of a very active hot spot in the middle of the Pacific Plate, they are a showcase of natural history.
Kilauea

Kilauea volcano, Hawai'i
Kilauea is the most active volcano on earth, in constant eruption since 1983!
Earthquakes 2016