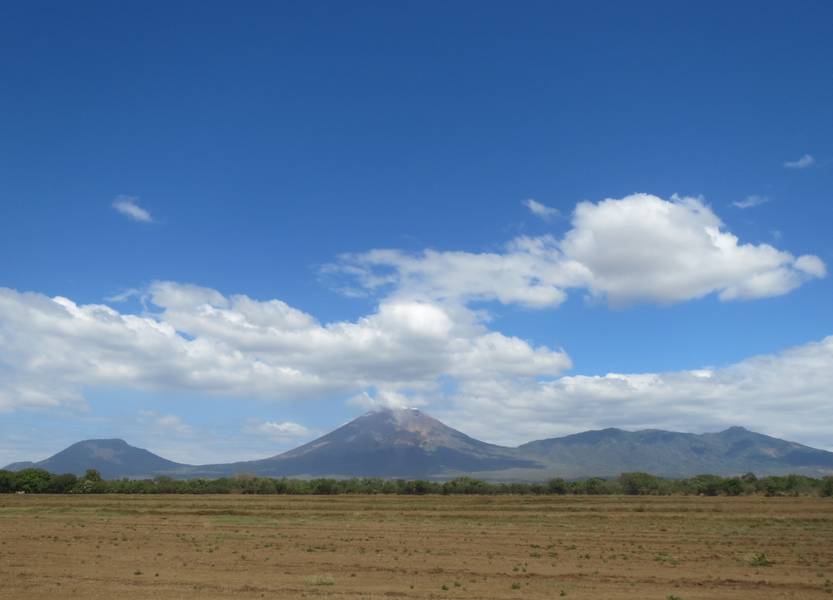 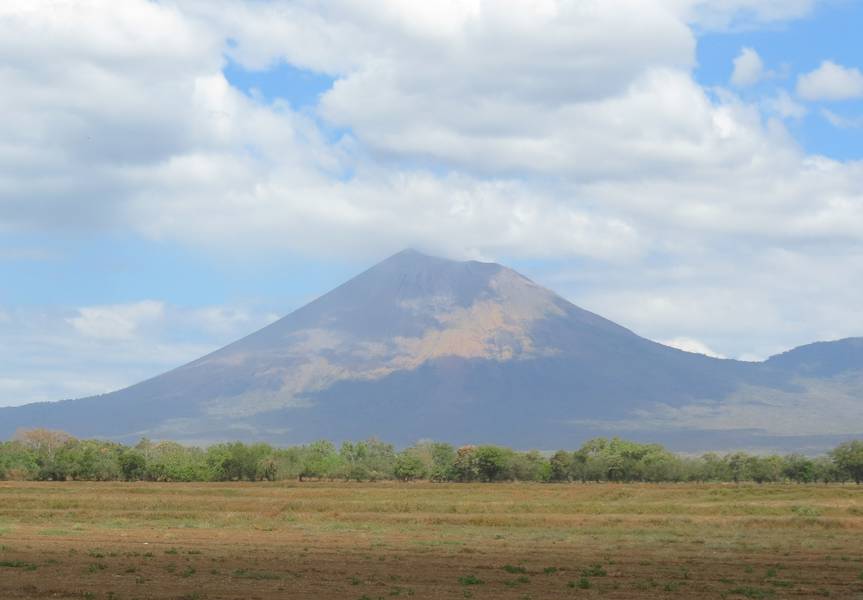 
1997 eruption
An eruption began at San Cristóbal volcano during the night of 19-20 May 1997. The eruption had been preceded by 2 weeks of intense seismic activity and elevated SO2 emission. A series of ash explosions occurred, producing plumes rising up to 800 m. On 20 May explosions were sometimes nearly continuous for few minutes, and then stopped for minutes or even hours.
One explosion on 22 May could be heard in 3 km distance.
Field work on 23 May revealed that the inner pit crater of the inner crater cone had grown considerably and a new a new 4 m wide vent was observed at the SW end of its floor, at a location where there had been high-temperature fumaroles (600 deg C) previously.
The activity produced a layer of light gray ash on the W flank of the mountain. Activity calmed down towards the end of May, but isolated eruptions occurred throughout June and July.
Source: Smithsonian / GVP monthly reports
Derniers images satellite 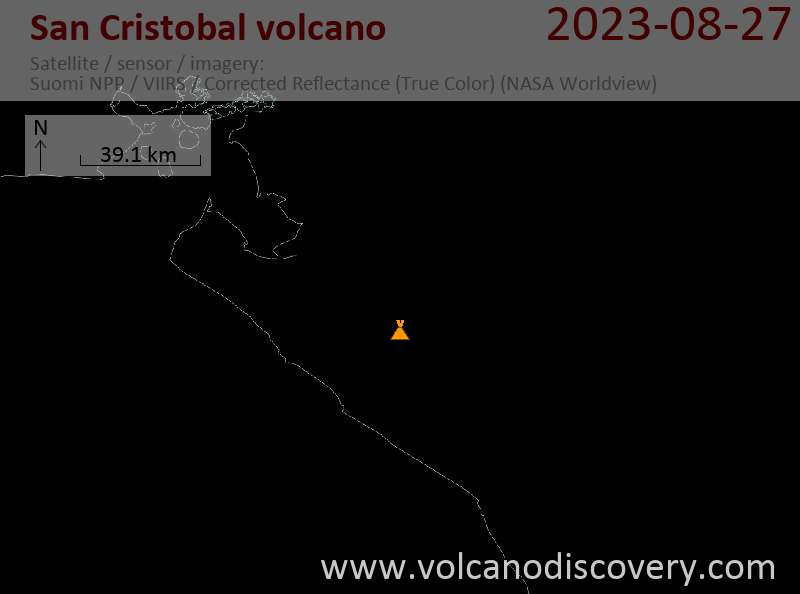 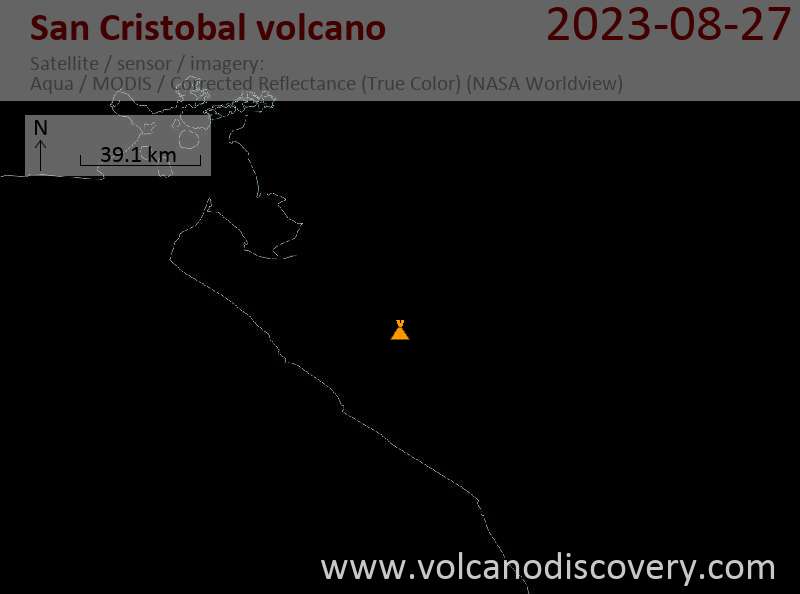 See also: Sentinel hub | Landsat 8 | NASA FIRMS
First visit to our site? If you havn't done it yet, download the Volcanoes & Earthquakes app to get one of the fastest volcano news online:
Android | IOS
Actualitées
mer., 29 juin 2022, 14:00

According to a news article, INETER reported that at 0751 on 26 June a moderate explosion at San Cristóbal produced a gas-and-ash plume that rose 1.5 km above the crater rim and drifted WSW. A minor amount of ash fell in the communities of La Grecias 3 and Las Grecias 4 (12 km WSW), and the city of El Viejo (18 km WSW). RSAM data spiked during the explosion and then returned to normal levels afterwards. ... Read all
lun., 27 juin 2022, 20:47 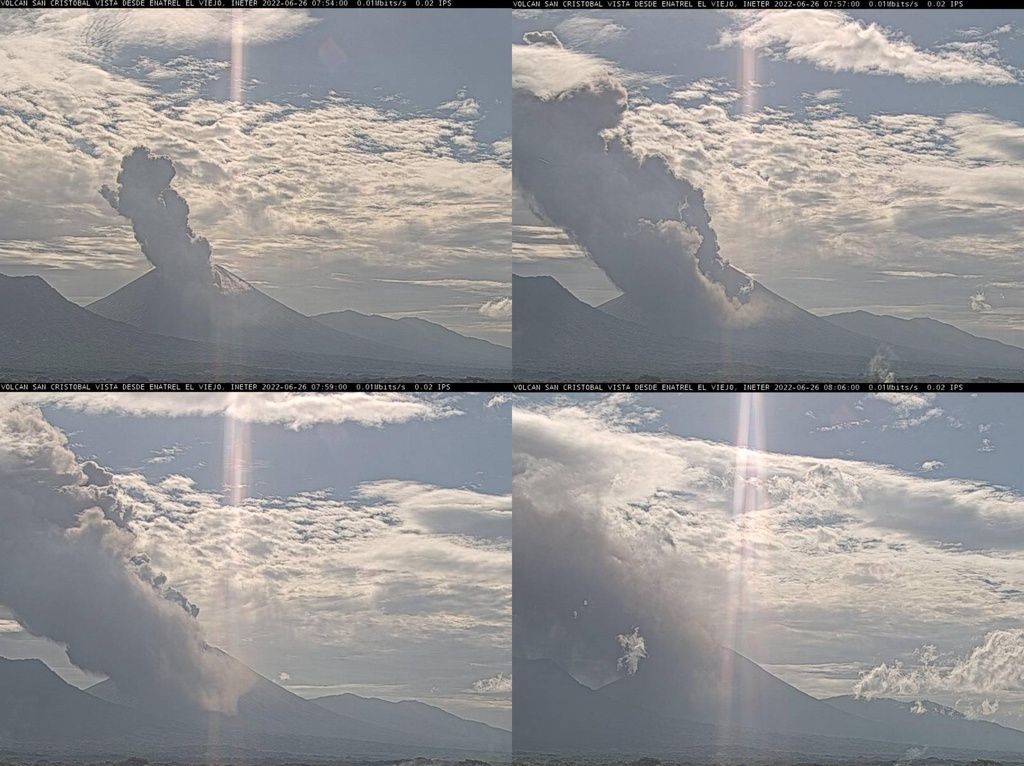 The surveillance cameras observed an explosion at the volcano around 08:00 local time yesterday. Read all
Découvrez notre app gratuite !

Earthquakes by Lat/Lon
Look up recent and past quakes worldwide or by selecting an area on the map!
VAAC

Photos of fumaroles
Why is there advertising on this site?