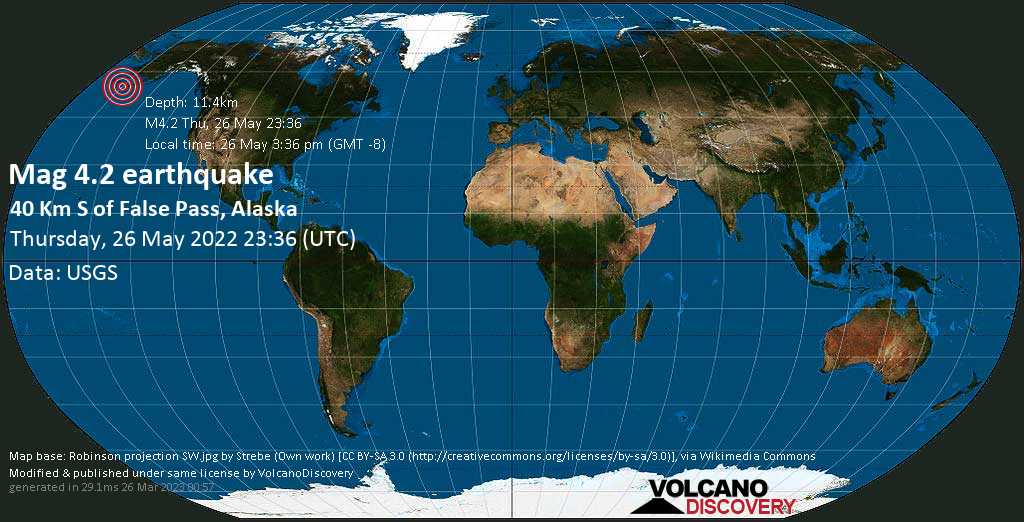 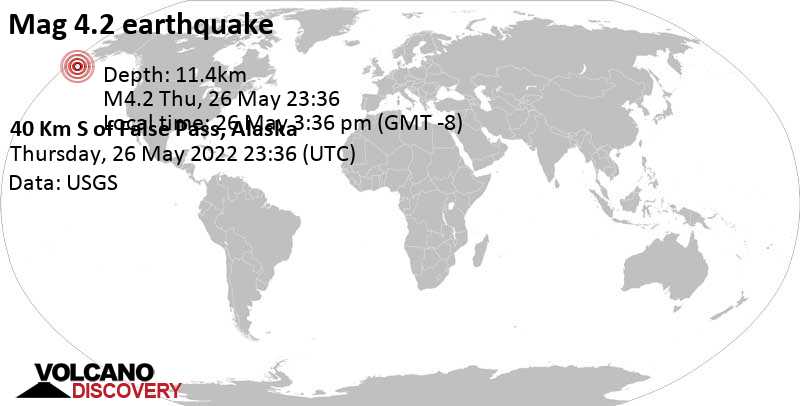 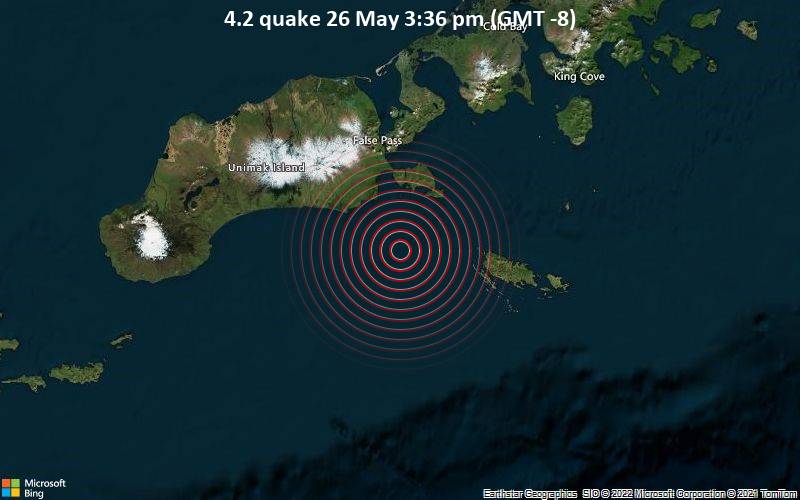 4.2 quake 26 May 3:36 pm (GMT -8)
An earthquake of magnitude 4.2 occurred only 24 minutes ago 55 miles southwest of King Cove, Alaska, United States, the United States Geological Survey reported.
The quake hit at a shallow depth of 7.1 miles beneath the epicenter near King Cove, Aleutians East, Alaska, USA, early afternoon on Thursday, May 26th, 2022, at 3:36 pm local time. The exact magnitude, epicenter, and depth of the quake might be revised within the next few hours or minutes as seismologists review data and refine their calculations, or as other agencies issue their report.
Our monitoring service identified a second report from the European-Mediterranean Seismological Centre (EMSC) which listed the quake at magnitude 4.2 as well.
Based on the preliminary seismic data, the quake should not have caused any significant damage, but was probably felt by many people as light vibration in the area of the epicenter.
Weak shaking might have been felt in False Pass (pop. 40) located 25 miles from the epicenter.
Other towns or cities near the epicenter where the quake might have been felt as very weak shaking include Cold Bay (pop. 120) located 53 miles from the epicenter, and King Cove (pop. 1000) 55 miles away.
Téléchargez l'application Volcans et Séismes et recevez l'une des alertes sismiques les plus rapides en ligne : Android | iOS
Je l'ai ressenti!
Je ne l'ai pas ressenti.