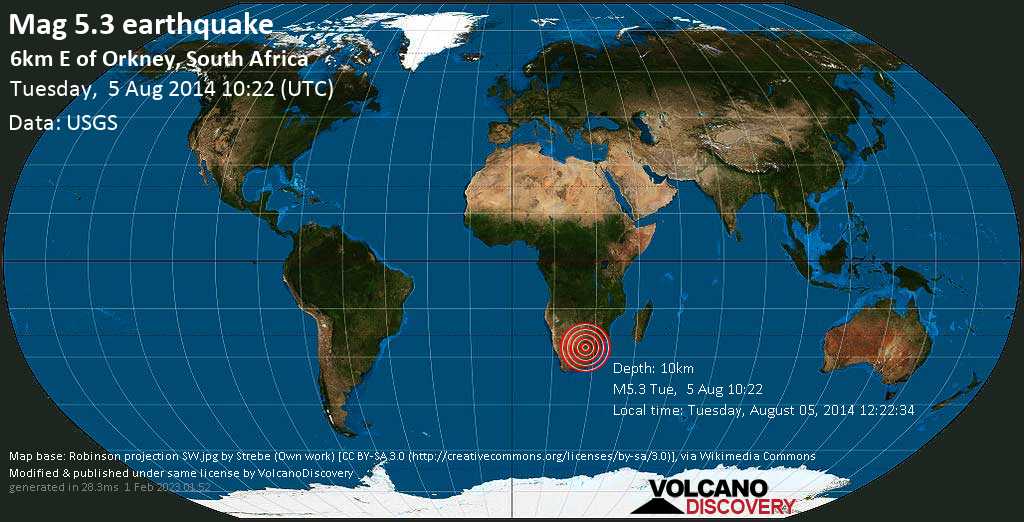 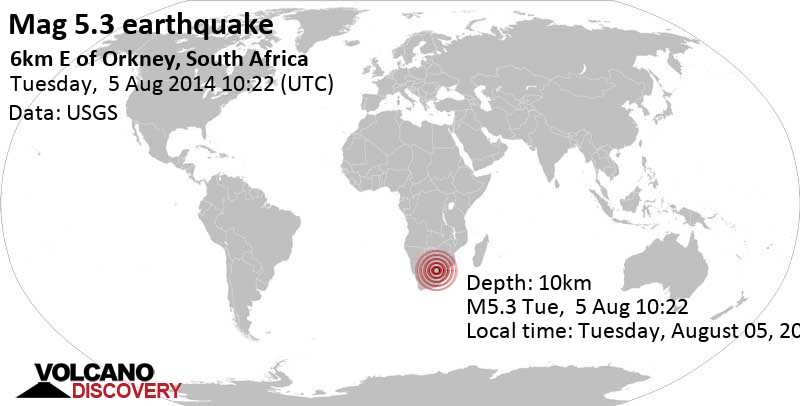 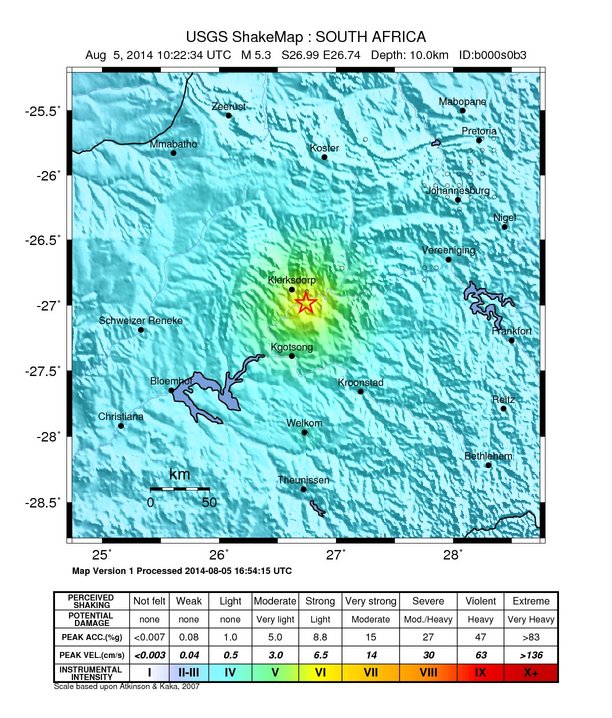 [Plus d'infos]
Based on its magnitude, the fault that was active during the quake ruptured along a surface of approx. 20 km2 (=8 sqare miles) as a first-order estimate. The length of the rupture zone thus was probably around 8 km (5 mi).
Aftershocks typically occur during the days and weeks following the quake at or near the same fault, at distances of up to approx. two times the length of the rupture zone.
The often broadly linear arrangement of aftershock epicenters encompasses the rupture zone of the main shock (check on the map below to verify).