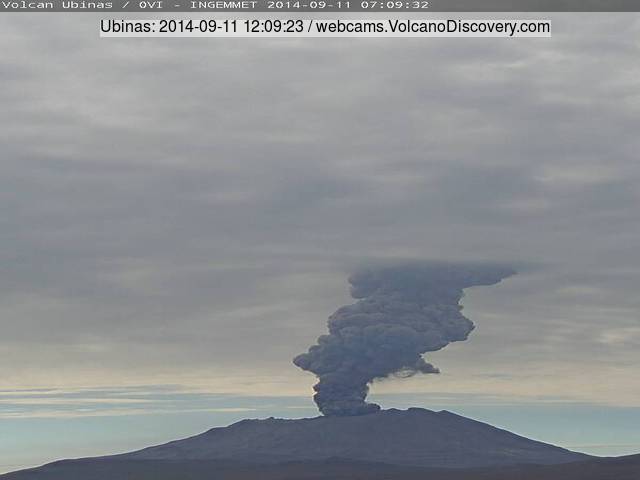 Eruption from Ubinas this morning (INGEMMET webcam)
An moderately strong explosion occurred this morning at the volcano, producing an ash plume that reached a height of 2-3 km above the volcano.
Ubinas volcano (Peru) - Smithsonian / USGS Weekly Volcanic Activity Report for 10 September-16 September 2014 (Continuing Activity)
mer., 10 sept. 2014, 06:00
During 10-16 September IGP reported that the eruption of Ubinas was continuing and maintained Alert Level Orange. On 10 September there were 15 explosions with plumes 900-1,700 m above the crater and 10 exhalation events; on 11 September there was one explosion with a plume 3,000 m above the crater and 8 exhalation events (600-900 m above the crater). There were no explosions or exhalations during 12-16 September, although seismicity (LP, VT, and hybrid earthquakes) continued except on 13 September when hybrid earthquakes were absent. Read all
en haut
Ubinas volcano (Peru) activity update
mar., 9 sept. 2014, 07:43 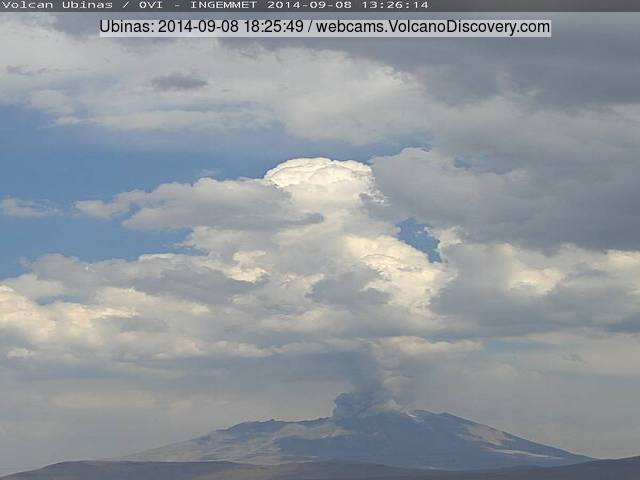 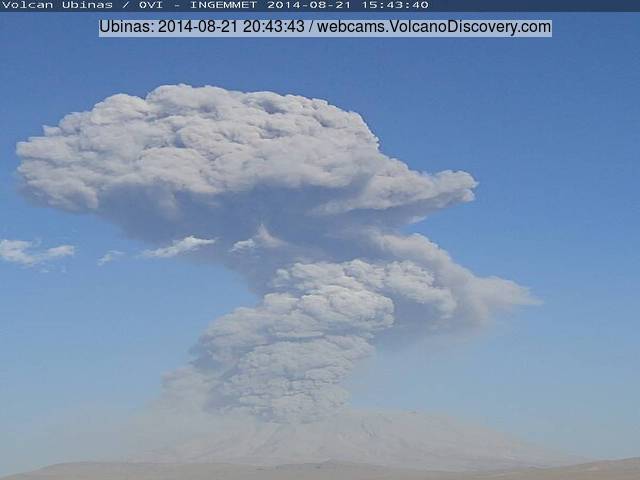 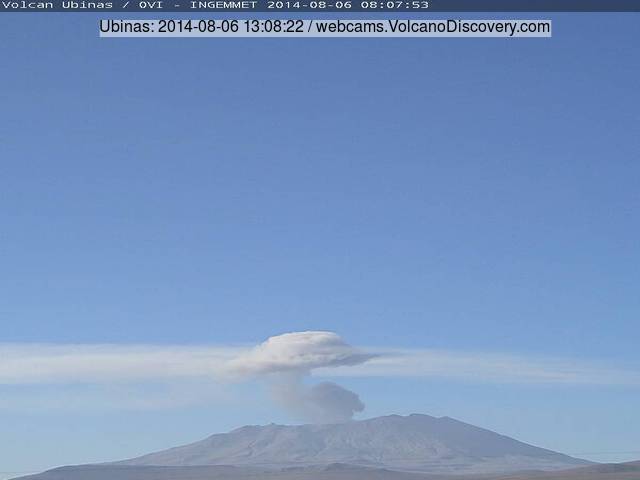 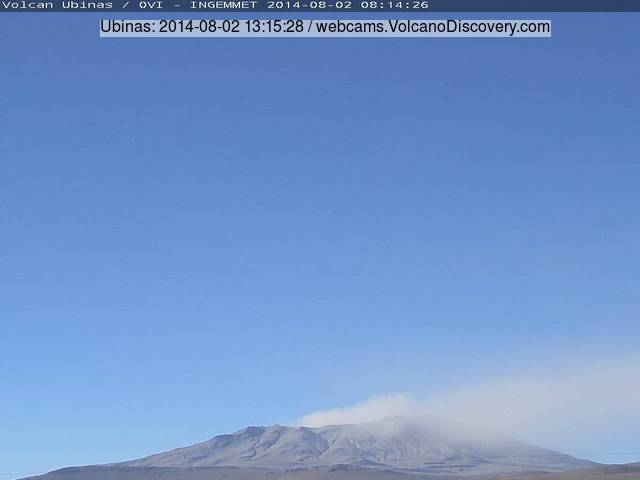 Ash / gas plume from Ubinas this morning
No significant changes have occurred recently. The volcano is mostly emitting a dilute plume of gas and some ash. Discrete explosions occurred last on 29 and 31 July, producing plumes that rose approx. 2.5 km above the crater. 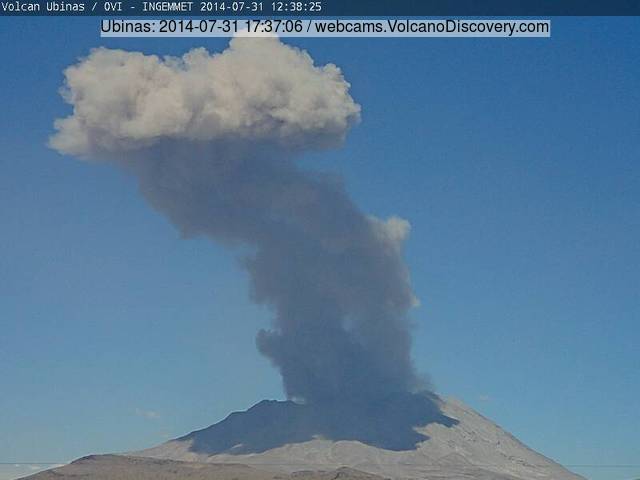 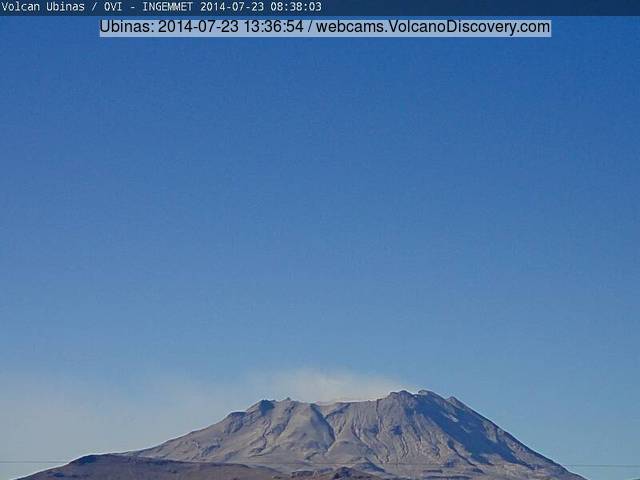 Gas plume from Ubinas with possibly some ash this morning
The volcano has been relatively calm over the past days, producing mostly a very weak gas plume with dilute ash, as well as sporadic small explosions. 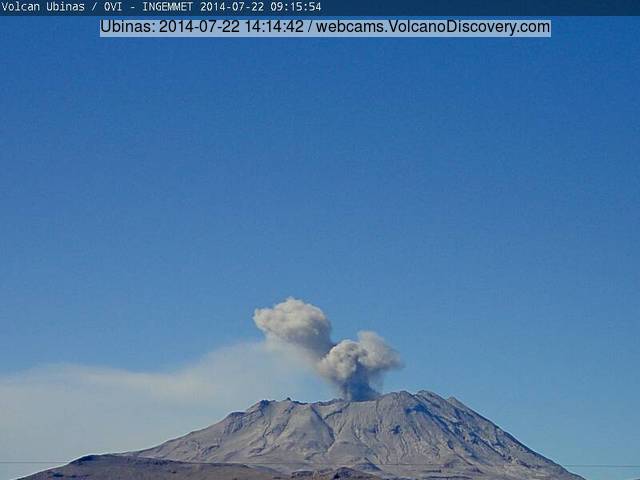 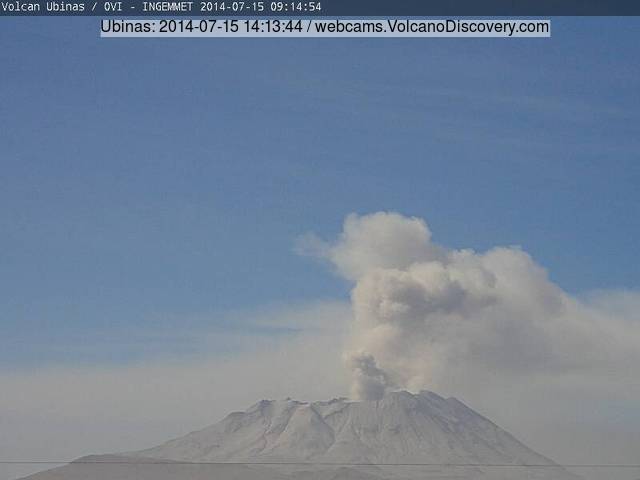 Steam and ash venting at Ubinas today
Since some days ago, the volcano's activity has changed from intermittent, sporadic explosions followed by more or less long-lasting quiet intervals to producing near-constant emissions of low steam and ash plumes. 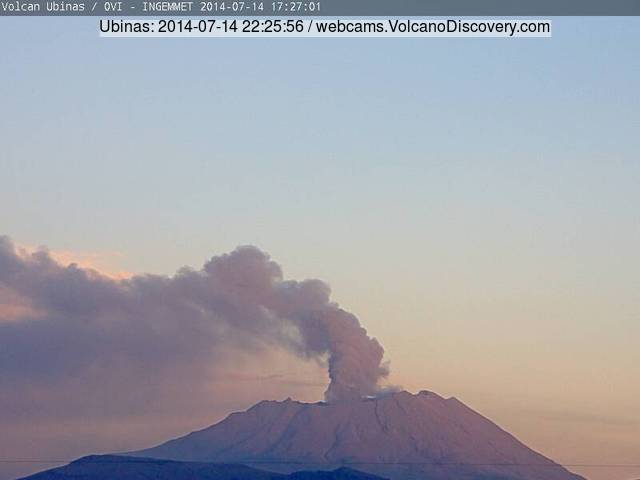 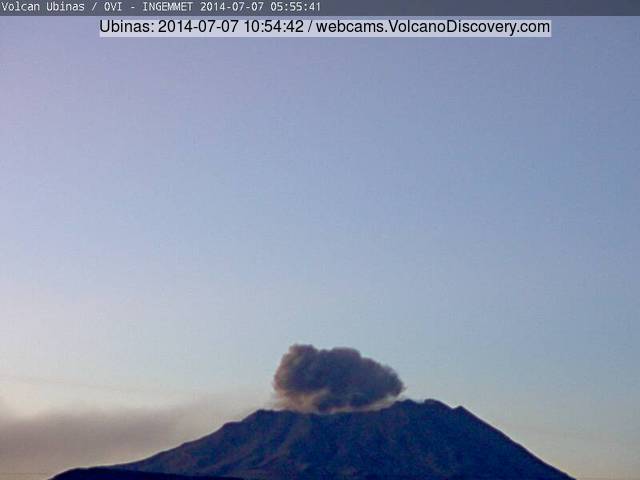 Small ash puff from Ubinas this morning
The volcano has been very calm except for one or very few small ash explosions during the past days.
Ubinas volcano (Peru): small explosion
jeu., 3 juil. 2014, 15:38 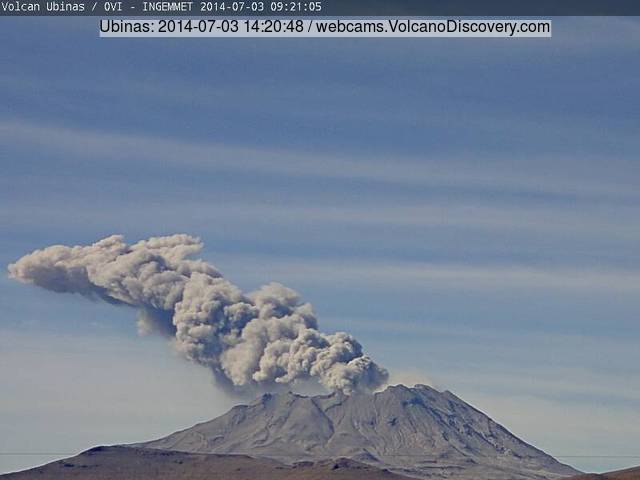 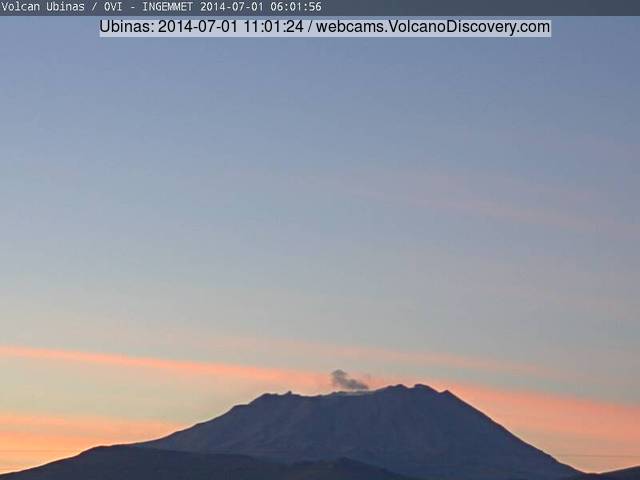 Eyjafjallajökull volcano photos
The volcano in Iceland with the unpronounceable name... but famous in 2010 when its ash clouds drifted over Europe and forced a unprecedented large-scale airspace closure for several days, stranding millions of passengers.
Bardarbunga update

Current activity of Bardarbunga volcano, Iceland
An intense seismic crisis started at Bárdarbunga volcano on 16 August 2014 and is continuing at the time of writing (23 Aug). It may or may not lead to a volcanic eruption, possibly under the Vatnajökull ice cap.
Follow updates as news come in!
Dallol

Dallol hot springs
One of the most bizarre landscapes on earth: Dallol is a vast and very active hydrothermal field creating a colorful array of hot springs, small geysers, salt towers, colorful lakes and ponds in the middle of the deepest part of the Danakil desert and the Karum salt lake.
Kelut lava dome

Kelut volcano's lava dome in 2007
One of the most impressive lava dome eruptions in recent years. A new dome formed in the crater lake of Kelut volcano (East Java) in late 2007. Enjoy some unique pictures.
Books

Books about Volcanoes
A selection of great books about volcanoes and volcanism, grouped into sections of different reading level interest.
Why is there advertising on this site?