On 12th March 2000 an explosion from Marapi could be heard 25 km away and a black ash plume was erupted to a height of 3 km. Ash fell up to 350 km away N of Marapi. An eruption on about 23 April 2001 produced an ash cloud that rose up to 6 km and drifted to the E.
Marapi is a massive complex stratovolcano that rises 2000 m above the Bukittinggi plain in Sumatra's Padang Highlands. A broad summit contains multiple, partially overlapping craters constructed within the small 1.4-km-wide Bancah caldera. The summit craters are located along an ENE-WSW line, with volcanism migrating to the west.
More than 50 eruptions, typically consisting of small-to-moderate explosive activity, have been recorded since the end of the 18th century; no lava flows outside the summit craters have been reported in historical time.

Fatalities at Marapi:
Fatalities have been reported from eruptions in 1975, 1979 and 1992. On 30 April 1979, heavy rainfalls (300 mm of rainfall!) remobilized an old lahar and other volcanic material on Marapi's N and E flanks, producing several landslides. The largest began at 2,400 m altitude on 30 April, and traveled as much as 20 km downslope to ~70 m altitude, leaving a deposit 20-150 m wide and 1-3 m thick. 80 people were killed, five villages were damaged, and several acres of farmland were destroyed.
An explosion of Marapi Volcano on 5th July 1992 killed one person and injured five others.
---
Source: GVP, Smithsonian Institute 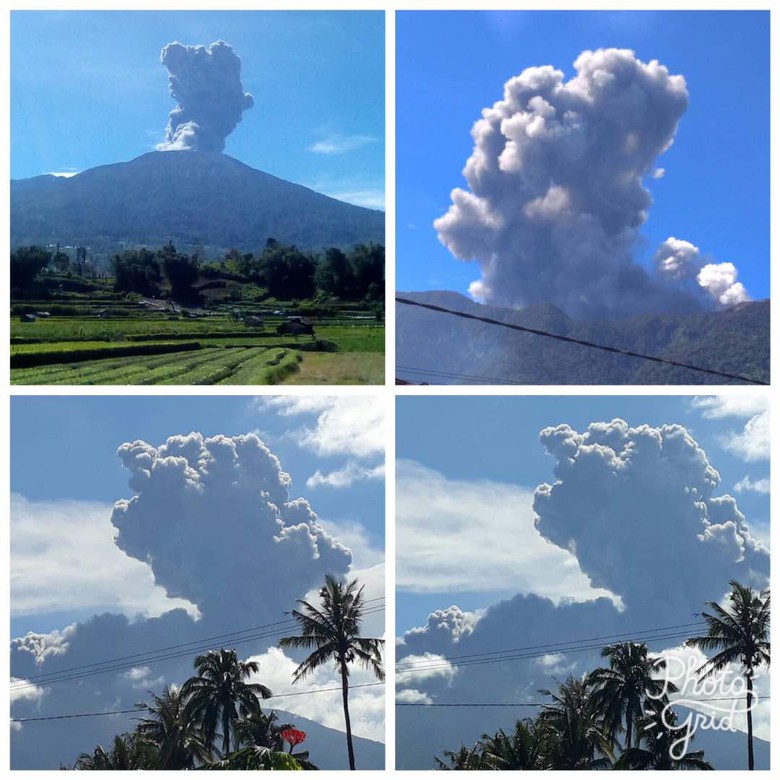 How to watch volcanoes? Which volcano to choose? Some guidelines.
Volcano Calendar 2014

Volcano Calendar 2014
Our second calendar with 13 high-quality volcano images, for the year 2013!
Glossary

Dallol hot springs
One of the most bizarre landscapes on earth: Dallol is a vast and very active hydrothermal field creating a colorful array of hot springs, small geysers, salt towers, colorful lakes and ponds in the middle of the deepest part of the Danakil desert and the Karum salt lake.
Methana 28 Mar
- 4 Apr 2020