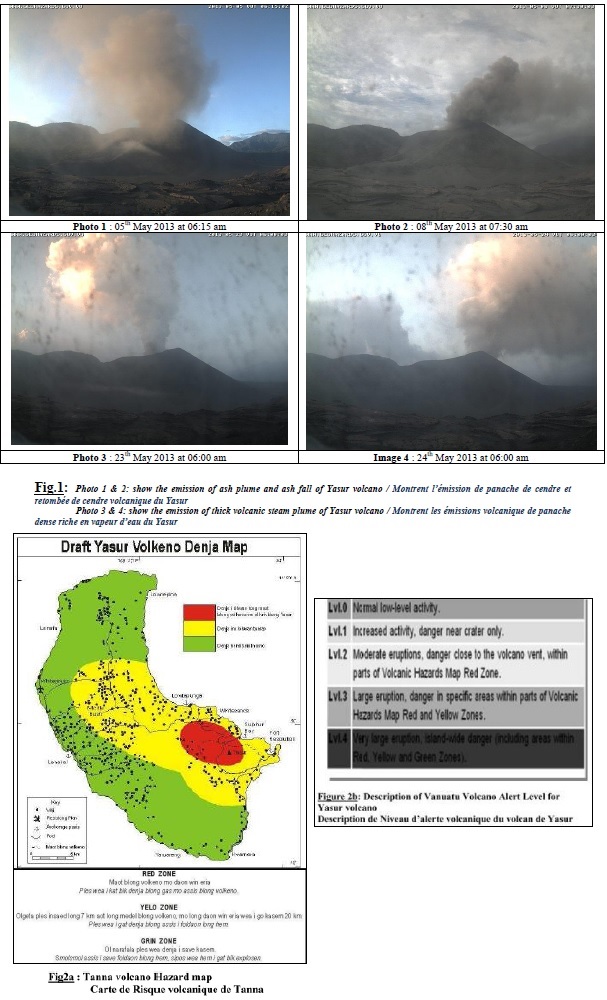 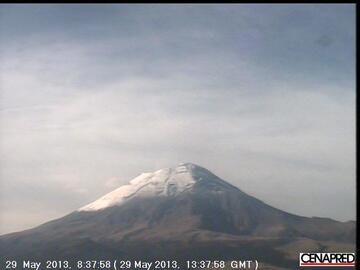 SO2 plume from Nyiragongo (NOAA)
Tolbachik (Kamchatka): Eruptive activity continues, with fluid lava flows from the southern fissure being still emitted. However, also a very slow trend of decreasing tremor is visible.
KVERT reports no significant changes in activity at any of the other volcanoes in Kamchatka: lava extrusion and dome building continue at Sheveluch and Kizimen. No seismic data are available at the moment from Karymski and Bezymianny, which also continues to slowly build a lava dome. Gorely produces medium levels of seismicity caused by fluid movements and strong degassing.

Yasur (Tanna Island, Vanuatu): Explosive (strombolian) activity level has been increasing recently, the latest bulletin of Geohazard today indicates. The alert level remains at 2, but an increase to 3 is possible in the near future.

Elevated risk of impacts remains near the volcano's crater, as bombs have started to fall near and in the parking area. A thick steam and ash plume is being emitted from the active vents, and there is ash fall in communities downwind.
... [read more]... [show less]
It is recommended that all communities, visitors and travel agents take the current situation seriously (= not approach the crater rim).


Pavlov (Alaska Peninsula, USA): The eruption might have ended already, or is at least pausing for the moment. Over the past few days, the eruptive and seismic activity have greatly declined, the Alaska Volcano Observatory reports.
There are no longer volcanic tremor or small explosions detected and satellite observations show no evidence of elevated surface temperatures, volcanic gas or ash emissions. There have been no visual observations from pilots or web cameras of any eruptive activity. "Consequently, the Aviation Color Code is being reduced to Yellow and the Volcano Alert Level to Advisory.
... [read more]... [show less]
During past eruptions of Pavlof, the style of eruptive activity fluctuated from higher to lower levels. Therefore, this pause in eruptive activity does not necessarily indicate that the eruption has ended. Renewed activity is possible, and may not be preceded by significant seismic activity."


Popocatépetl (Central Mexico): Since yesterday morning's explosion, the volcano has been relatively quiet and only produced about 1 weak emission of mostly steam per hour.
No significant new earthquakes or tremor pulses have occurred.

Copahue (Chile/Argentina): The earthquake swarm has increased and continues today, but the volcano has not yet erupted. The earthquakes are occurring at very high frequency (130 per hour) and are mostly "hybrid", i.e. related to both rock-fracturing and fluid-movements within the volcanic edifice.
Evacuations in the area have progressed, but faced serious difficulties due to heavy snowfall and also because many residents in nearby villages are reluctant to leave their homes and live stock, especially in the municipalities of Butalelbùn (north side) and El Barco (south-west).
... [read more]... [show less]
On the Argenina side, where much of the volcano's slope is a skiing area, the arrival of snow and the announcement yesterday of lower seismicity have raised hopes to be able to go skiing soon again. However, hundreds of people remain evacuated from this area and an exclusion zone of 15 km from the summit is still in place.


Nyiragongo (DRCongo): A significant SO2 plume is visible today on NOAA satellite data, suggesting continuing lava lake activity at the volcano. Unfortunately, security issues in the Goma-Virunga area continue to prevent us from organizing expeditions for the time being.

Popocatépetl (Central Mexico): An explosion early today at 05:03 h (local time) ejected incandescent fragments to 1.5 km distance from the crater on the northeastern slope and generated a column of ash that reached more than 2 km height above the crater and was dispersed to the SW. ... Read all

Gamkonora (Halmahera): Increased earthquake activity has triggered an eruption alert by VSI, who raised the volcano's status to 3 ("Siaga", "warning") out of 4 this morning. Indonesian volcanologists reported that the degassing plume from the summit crater of the volcano has turned dark, which suggests the presence of ash (probably phreatic in origin) since 25 May. ... Read all
Montrer plus

Etna (Sicily, Italy): Etna today is free of clouds, but strong winds with gusts up to 70 km/h speed prevail. No further significant earthquakes occurred. The only activity remains degassing, and occasional small explosions, not visible, deep inside Bocca Nuova, based on seismic observations (OPEC). ... Read all 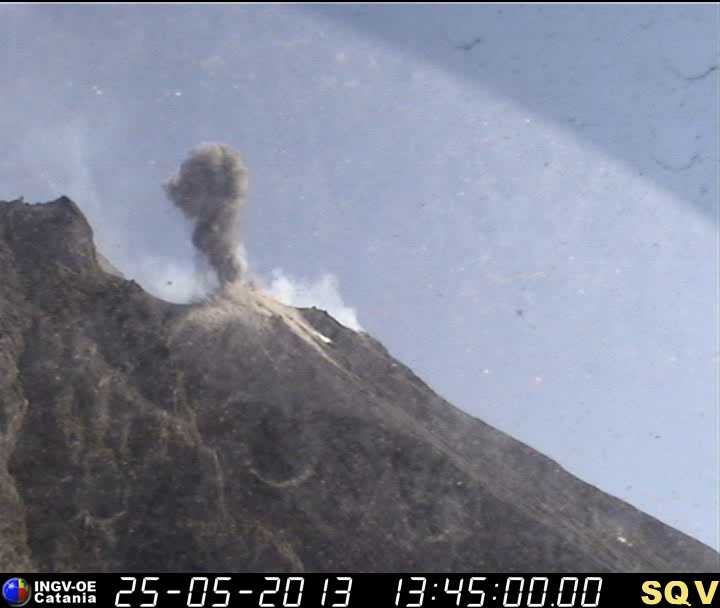 Stromboli (Eolian Islands, Italy): Activity continues at moderately elevated levels. Spectacular explosions especially from the NE crater can often be seen on the webcam as well. ... Read all
Montrer plus 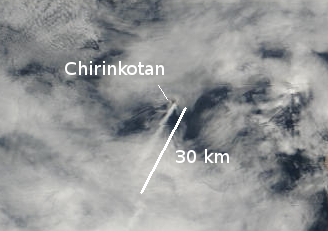 Chirinkotan (Northern Kuriles): The remote volcano in the northern Kuriles is probably in eruption, the latest SVERT report and satellite images suggest. A plume of gas and steam, and possibly some minor amounts ash was seen with the MODIS sensor onboard the NASA Terra satellite this morning. ... Read all

Etna (Sicily, Italy): A shallow magnitude 3.5 earthquake occurred under the town of Zafferana, about 10 km east of the summit area this afternoon. ... Read all
Montrer plus 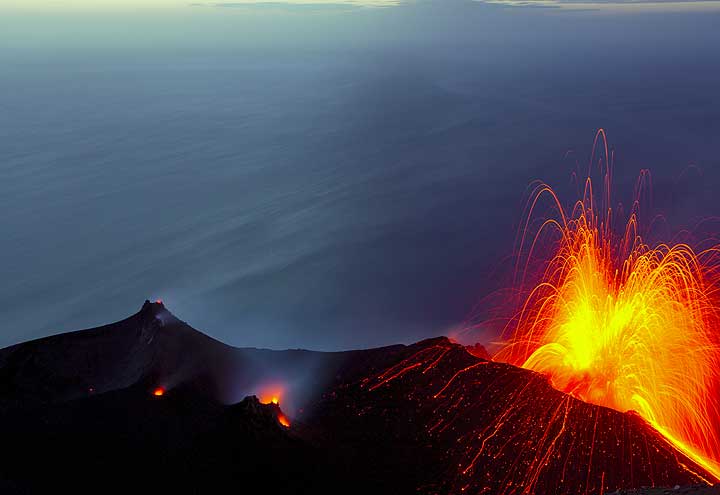 Stromboli (Eolian Islands, Italy): Explosive activity at Stromboli is currently at normal to moderately high levels, but the magma column has obviously dropped considerably compared to previous weeks, as there are no longer lava overflows. We observed the volcano during the past days and found a total of 8 active vents in the crater terrace, out of which 4 were showing their typical different strombolian activity: ... Read all 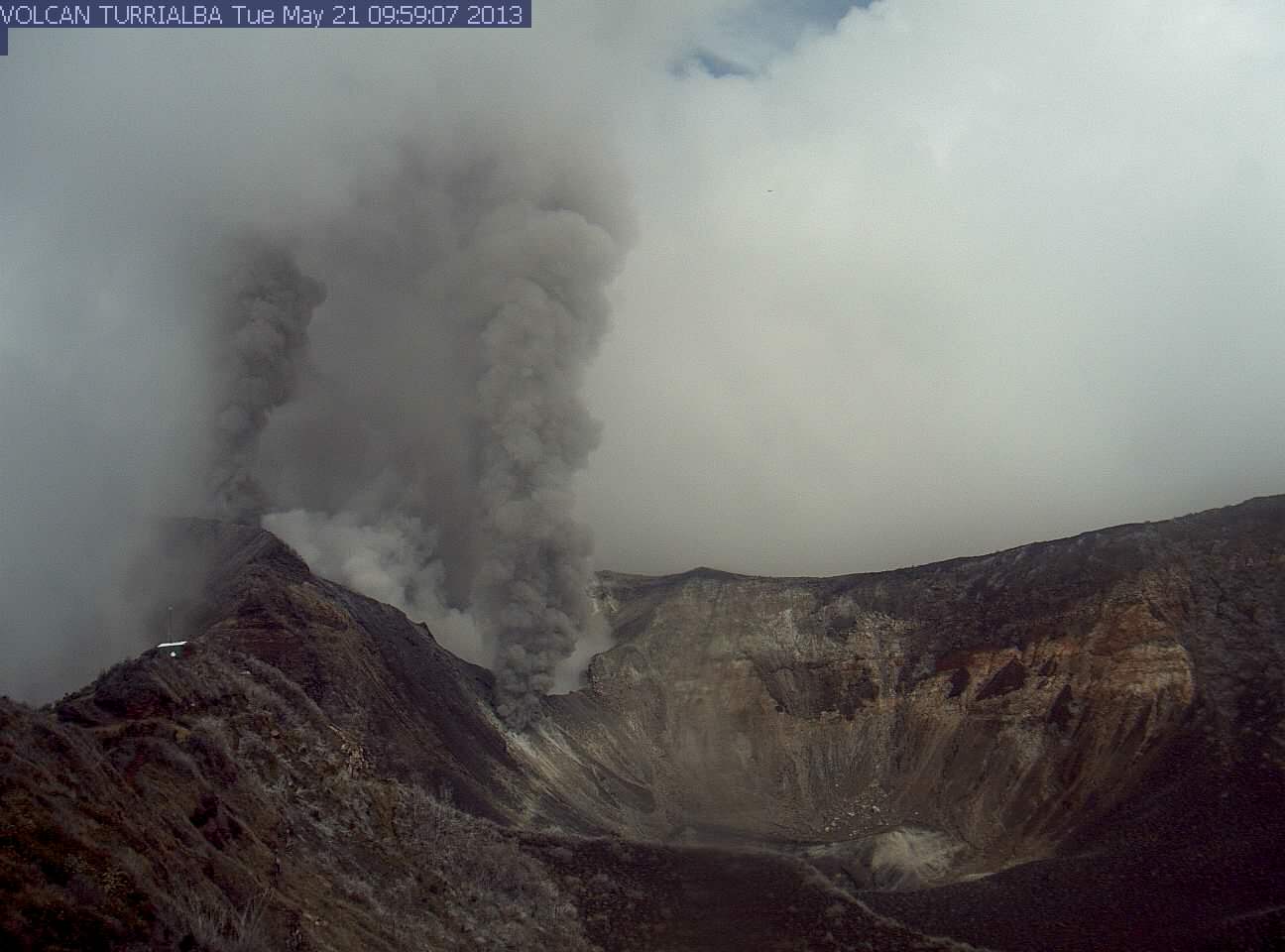 Turrialba (Costa Rica): New ash emissions occurred yesterday and produced light ash falls in the outskirts of San José, in the areas of Guadalupe, Tres Ríos, Curridabat, and Ipis (at about 30 km distance). ... Read all
Montrer plus 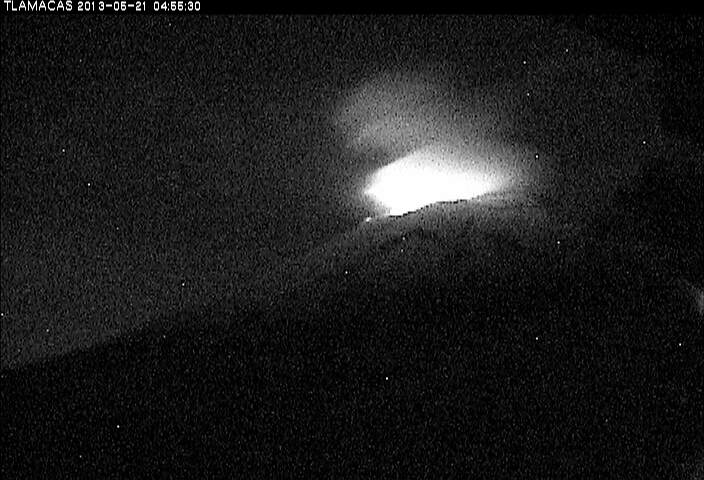 Sangeang Api (Indonesia): An increase in seismicity since 26 April triggered VSI to rise the alert status from 2 to 3 on a scale of 1-4 (from "Waspada", "watch" to Siaga", alert). For the moment, only degassing has been observed as surface activity. ... Read all 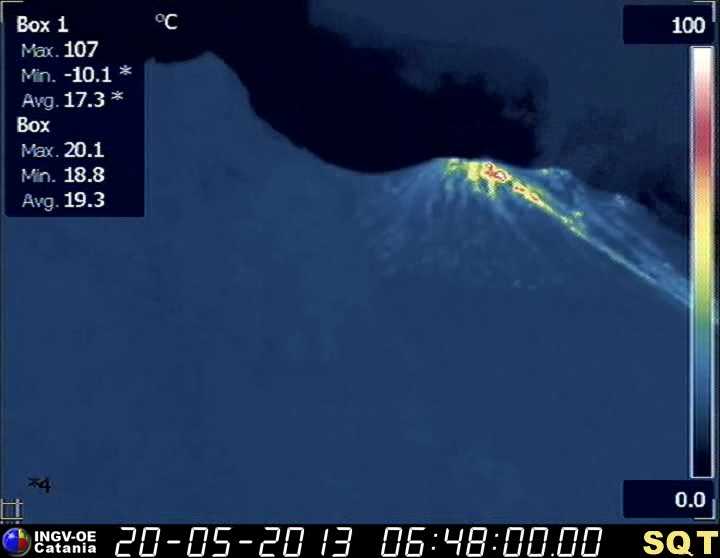 Recent volcano satellite images
Browse quickly through the latest satellite imagery from volcanoes all over the world in order to spot ash clouds and hot spots.
Eyjafjallajökull

Eyjafjallajökull volcano photos
The volcano in Iceland with the unpronounceable name... but famous in 2010 when its ash clouds drifted over Europe and forced a unprecedented large-scale airspace closure for several days, stranding millions of passengers.
Quake-O-Meter

Check if seismic activity worldwide or in a specific area has increased or decreased!
Volcanoes of Java 13-29 Aug

Volcano Trekking
A physically active tour to visit and climb some of Indonesia's most active and famous volcanoes: Papandayan and Galunggung in West Java, Merapi in Central Java, Kelud, Semeru, Bromo, the Tengger caldera, and Ijen in East Java.
Krakatoa video

Krakatoa explodes
In the afternoon of 17 Oct, a particularly violent explosion occurred at Anak Krakatau, blasting away a portion of the southern crater rim. A similar event might have been the final trigger for the catastrophic landslide that let the cone collapse and cause a devastating tsunami on 22 Dec 2018.
Why is there advertising on this site?