See also: Sentinel hub | Landsat 8 | NASA FIRMS
First visit to our site? If you havn't done it yet, download the Volcanoes & Earthquakes app to get one of the fastest volcano news online:
Android | IOS
Actualitées
mer., 11 mai 2022, 18:39 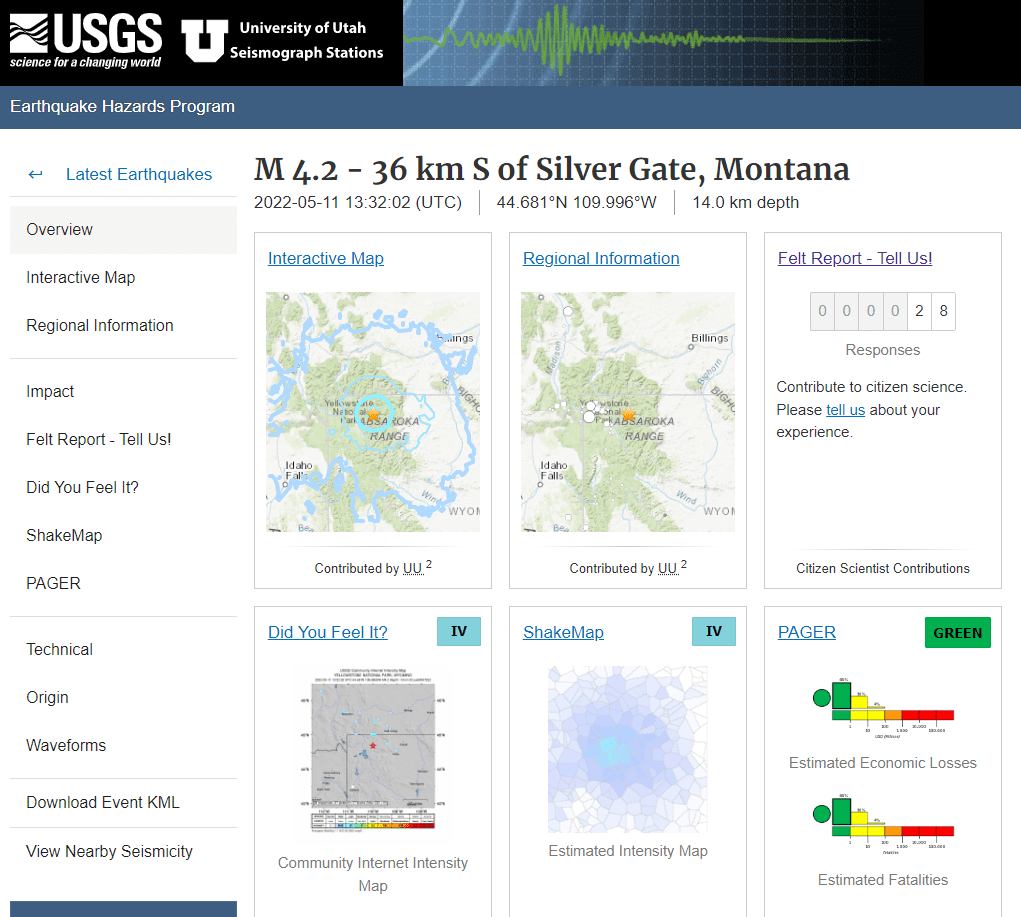 The Yellowstone Volcano Observatory (YVO) report that over the month of March 2020, 111 earthquakes were located in the Yellowstone National Park region. The largest earthquake measured magnitude 3.1 located 5 miles north-northwest of West Yellowstone, MT, on March 31 at 9:36 AM MDT. ... Read all
Découvrez notre app gratuite !

Photos from Germany
Germany has a large number of volcanoes - most of them extinct, but the Eifel volcanic field is still potentially active.
Kamchatka

Photos from Kamchatka
Kamchatka in Russia's far east is one of world's remotest regions and has an almost unparalleled density of active volcanoes. Look at photos taken during our expeditions from this wonderful corner of the world!
Tour Classics

VolcanoDiscovery tours
A selection of our most popular trips, which we have been offering and improving over many years now: Stromboli & Etna, Santorini, Java, Ethiopia, Nyiragongo and more. Have a look!
Ibu

Ibu volcano photos
Ibu in Halmahera is one of the most active, but rarely visited volcanoes in Indonesia. A spectacular lava dome is growing inside the volcano's breached crater, with frequent explosions.
Lava lakes