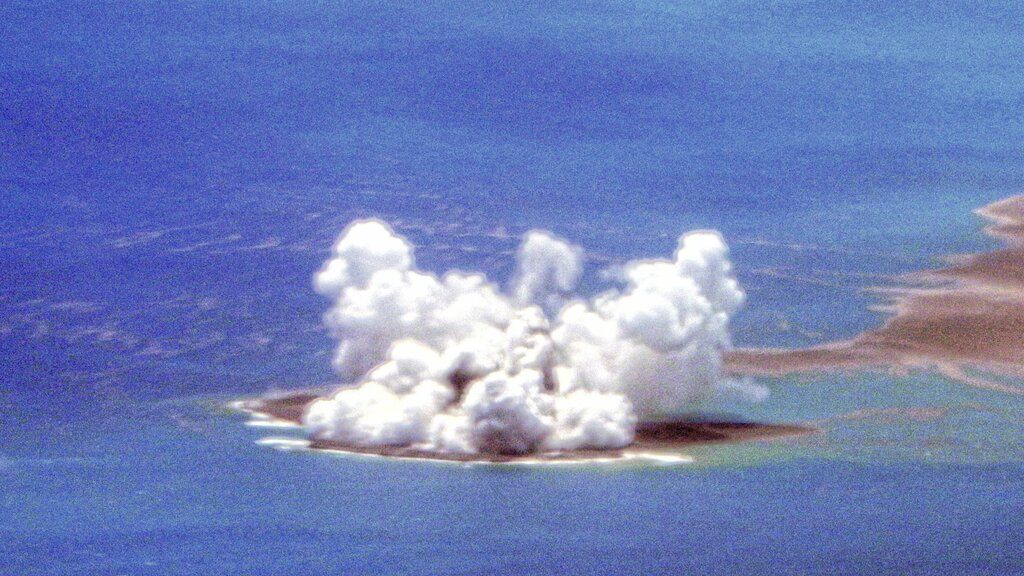 Eruption of the Fukutoku-Okanoba volcano as it breached the surface over the weekend (image: Japan Coast Guard) 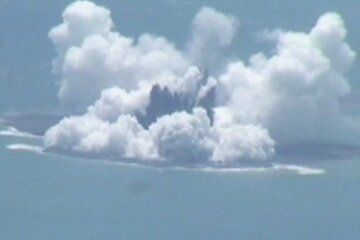 Surtseyan activity (image: vulkane.net / Japan Coast Guard)
A new island was born in the Pacific Ocean over the past weekend: The powerful submarine eruption of the Fukutoku-Okanoba volcano that surprised observers and scientists around the world, producing a spectacular mushroom plume of steam and ash to 16 km altitude, quickly created a new cone that has now breached the surface.
The Japanese Coast Guard could film while the eruption reached the surface, creating violent steam explosions as hot magma interacted with the surrounding sea water (known as phreatomagmatic or Surtseyan activity), ejecting billowing white steam plumes and dark jets of water, steam and rock fragments:


At the moment, the activity has decreased somewhat although the remote location of the volcano prevents detailed observations and only larger plumes will usually be detected by the Volcanic Ash Advisory Centers.
The volcano is one of the most active in a partially submerged chain of volcanoes known as the Izu-Bonin-Mariana arc, where the oceanic Pacific plate subducts under the oceanic Philippine Sea plate, a process that results in both frequent earthquakes and volcanic activity along the arc.

The last confirmed eruptions of the volcano occurred in 2010, 2005-07, 1986, 1914, and during 1904-05. During some of these, temporary islands were formed that subsequently were eroded again by the relentless waves of the ocean.
In addition to these confirmed events, there are a relatively large number of uncertain eruptions during the past century, at least some of which probably were actual volcanic eruptions as well.
Already last year, surveillance flights revealed that something was going on at the volcano: discoloured sea water was observed at the surface, a sign that either degassing activity at the underwater crater had strongly increased or that already some smaller eruption had been taking place then.

Whether the new island will become a lasting one will depend on the near future. At the moment, it has a flat crescent-shape with a breached bay above the vent and seems to be composed only of fragmented material (ash and blocks), which are not stable enough to resist wave erosion for too long. If activity continues and produces lava flows that manage to “seal” some of the new land, its chances of long-term survival will increase greatly. Something very interesting to follow! 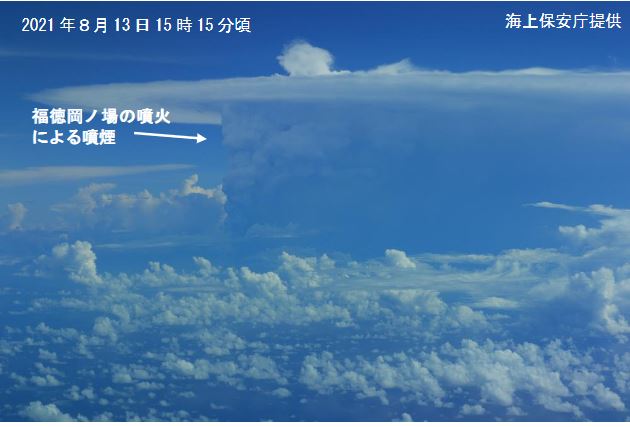 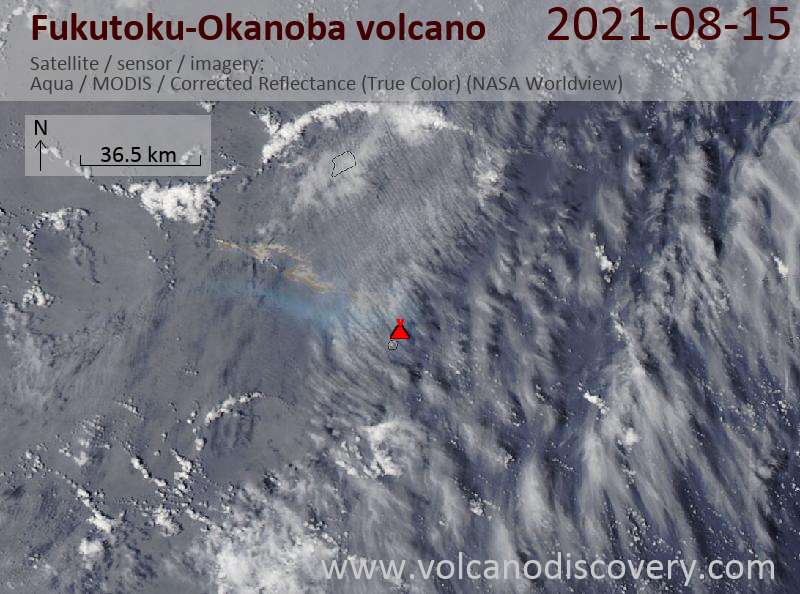 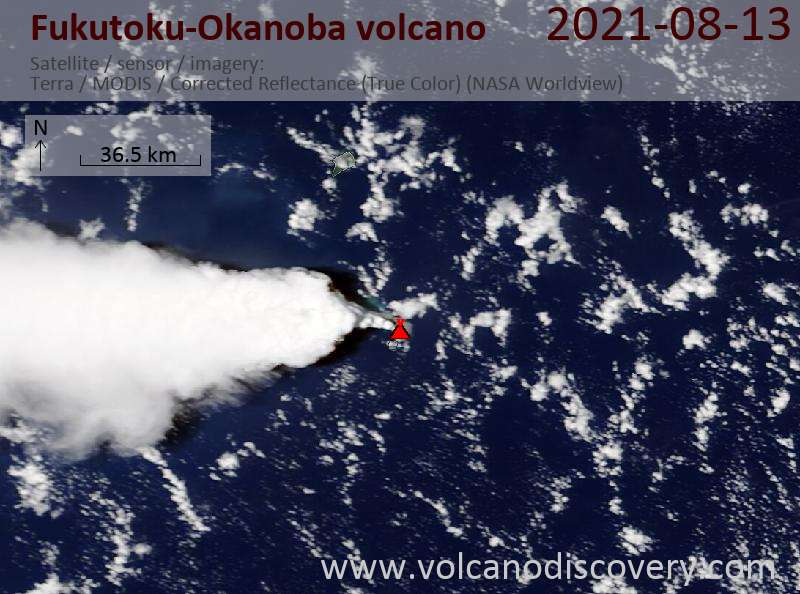 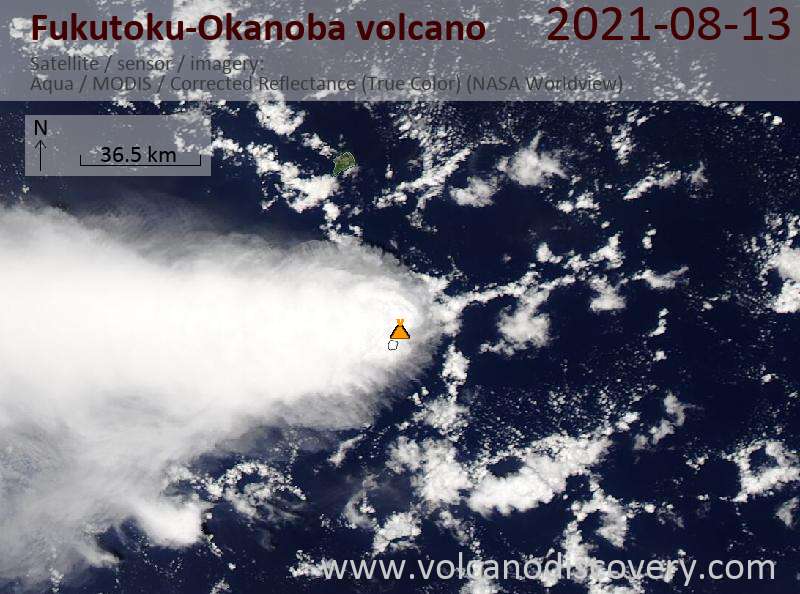 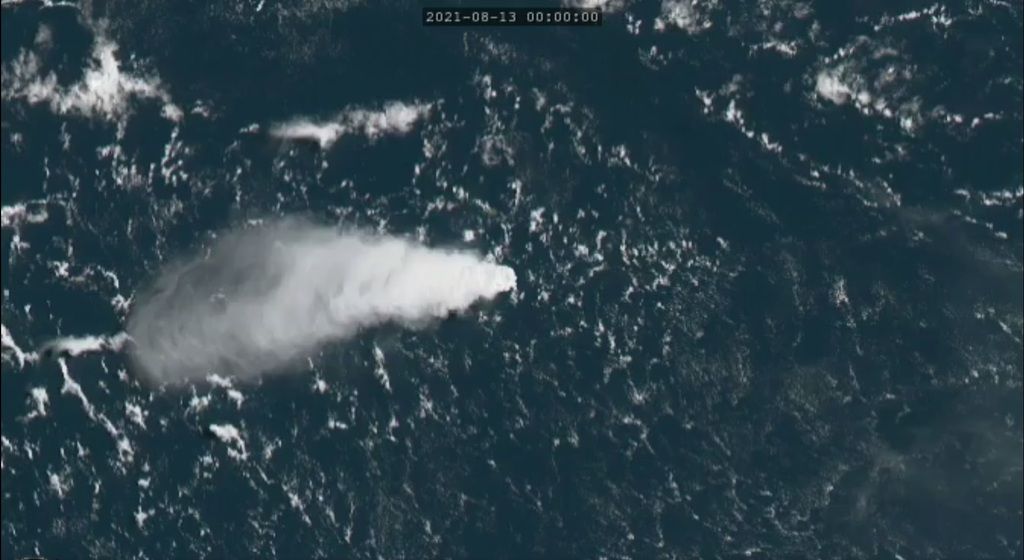 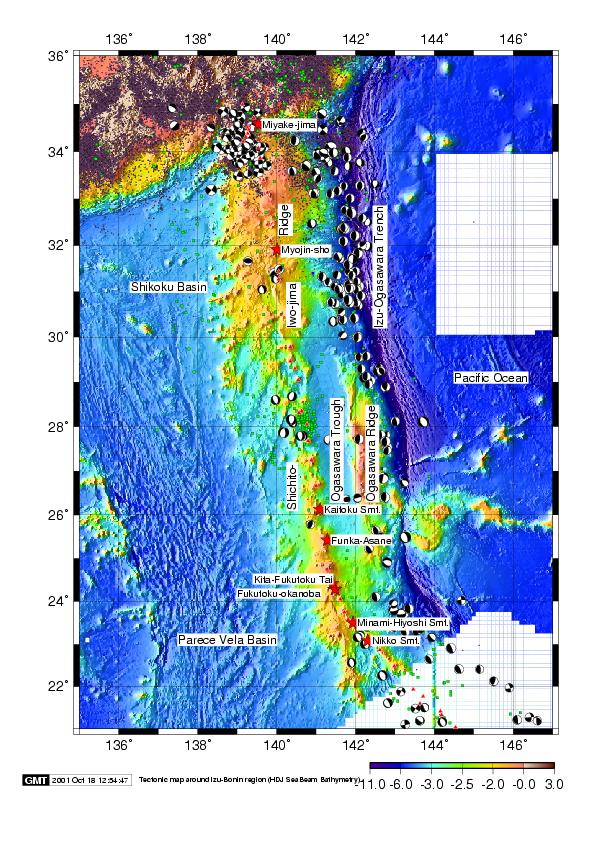 Photos of lava flows
Quakes near me

Earthquakes by Lat/Lon
Look up recent and past quakes worldwide or by selecting an area on the map!
Volcanic features

Volcano Calendars
We have published several volcano calendars over the years: usually, we use photos taken by us or our participants during our recent volcano tours and expeditions. A perfect gift if you're a fan of volcanoes!
Get the ad-free version!
Why is there advertising on this site?