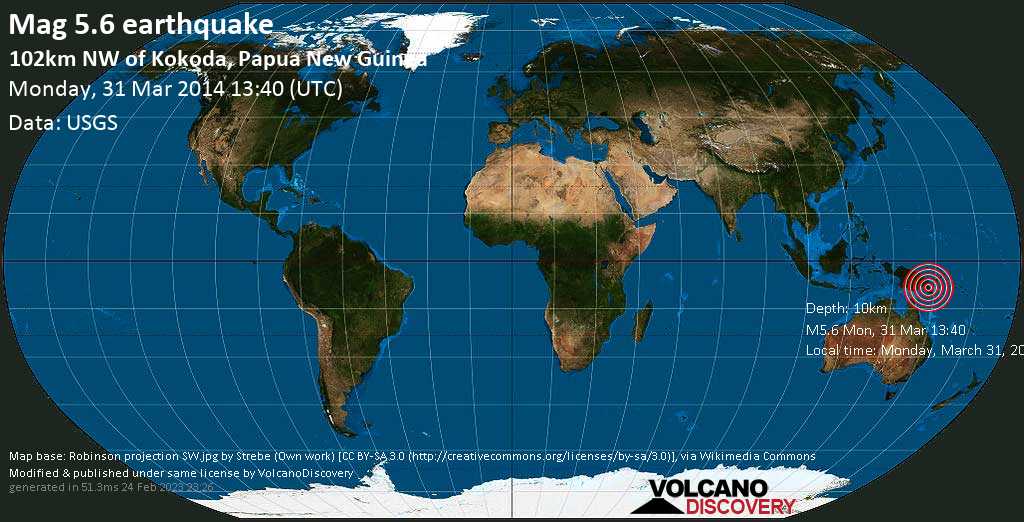 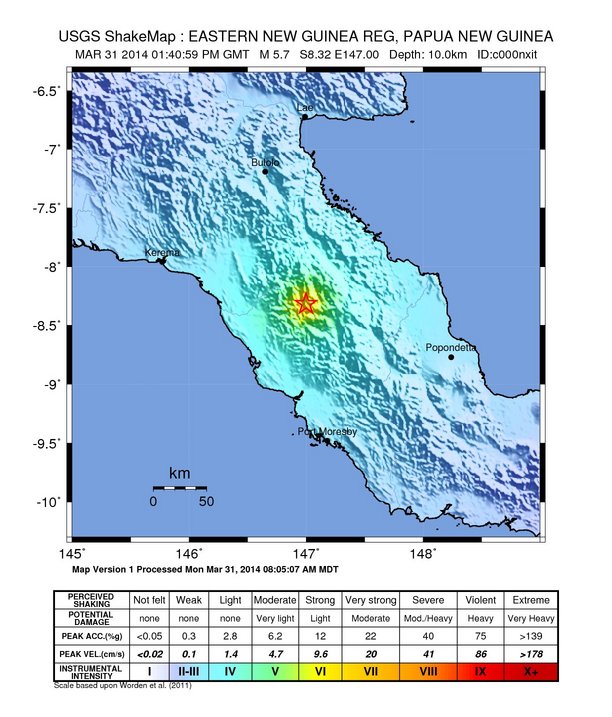 User reports estimate the perceived ground shaking intensity according to the MMI (Modified Mercalli Intensity) scale.
Contribute:
Leave a comment if you find a particular report interesting or want to add to it.
Flag as inappropriate.
Mark as helpful or interesting.
Send your own user report!
Ela beach port moresby / Severe shaking (MMI VIII)
Kone, Port Moresby / Weak shaking (MMI III) : I was about to doze off and i felt the first quake i thought my nephew was playing but then i remembered the post was cement..anyway i felt it again the second time this time i felt the door of my room moving then i knew it was earthquake..
Port Moresby (Papua New Guinea, 132 km S of epicenter) : The quake must have been from far distance. (reported through EMSC)
Port Moresby (Papua New Guinea, 132 km S of epicenter) : H95 house I literally felt the floor shake and went out to check who was still awake, everyone was fast asleep. Probably as I was awake I noticed it.wow. (reported through EMSC)
Try our free app!

Click here to search our database for earlier earthquakes in the same area since 1900!
Most recent quakes Top 20 quakes past 24 hrs Quakes in Papua Nuova Guinea
Try our free app!