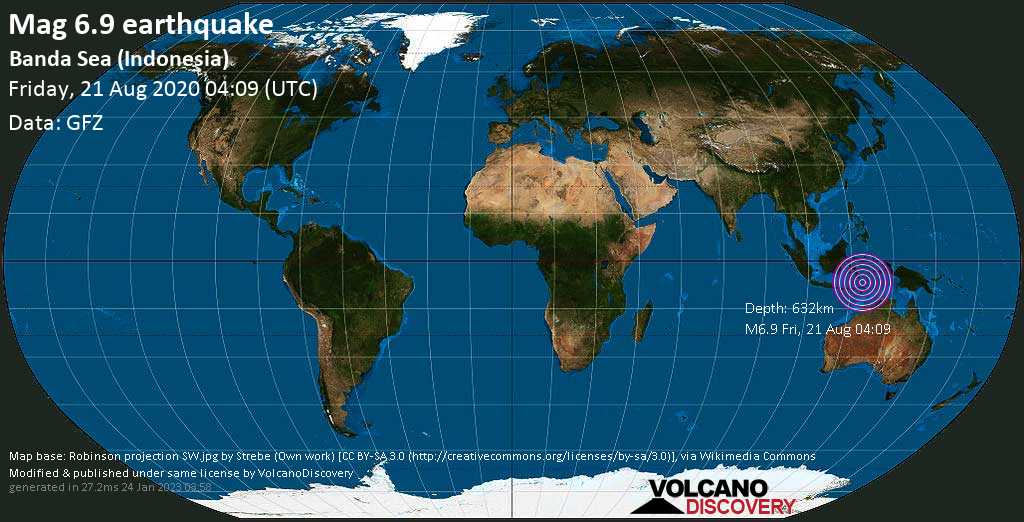 More info
Based on its magnitude, the fault that was active during the quake ruptured along a surface of approx. 794 km2 (=307 sqare miles) as a first-order estimate. The length of the rupture zone thus was probably around 49 km (30 mi).
Aftershocks typically occur during the weeks and months following the quake at or near the same fault, at distances of up to approx. two times the length of the rupture zone.
The often broadly linear arrangement of aftershock epicenters encompasses the rupture zone of the main shock (check on the map below to verify).
Recorded aftershocks, latest first (34 quakes):

Monthy earthquake reports: For each month since July 2012, we publish a summary of quake activity world-wide: find the list of largest quake, a map showing all significant quakes as well as detailed statistics on seismic activity during this time.
Our New Book

Volcano Discoveries: "One of the most eye-catching guides to the world’s volcanoes ever published.
Seismographs

Merapi volcano photos: One of the most active and most dangerous volcanoes of Indonesia: Merapi meaning "the one who makes fire", is a feared but also venerated holy mountain looming over the city of Yogyakarta, capital of Central Java.
Why is there advertising on this site?