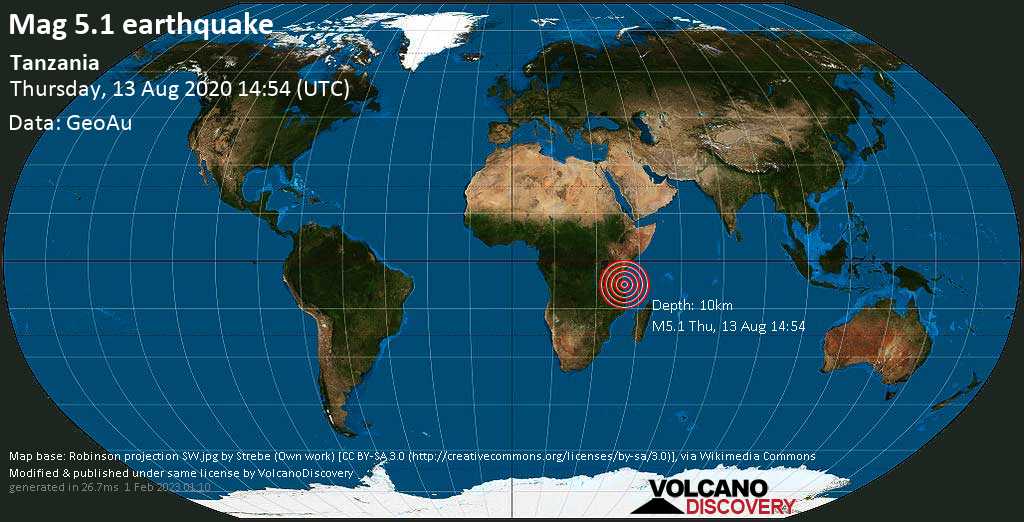 User reports estimate the perceived ground shaking intensity according to the MMI (Modified Mercalli Intensity) scale.
Contribute:
Leave a comment if you find a particular report interesting or want to add to it.
Flag as inappropriate.
Mark as helpful or interesting.
Send your own user report!
76.8 km NW of epicenter [Map] / not felt (reported through our app)
Dar es salaam Tanzania (76.8 km NW of epicenter) [Map] / Weak shaking (MMI III) (reported through our app)
Nairobi (745.8 km NNW of epicenter) [Map] / not felt (reported through our app)
Kariakoo / Very weak shaking (MMI II) : Was resting on bed and it started shaking the bed back and forth, then I checked the water, it was shaking by itself in a bottle. It happened about 17.54 pm local time. Then around 21.00 pm local time i saw water again is vibrating. Then at 22.00 and 22.45 pm very slight vibrations occurred. | 2 users found this interesting.
Goba Kinzudi / Light shaking (MMI IV) : I was sleeping on the coach then I felt some vibration in cycles After few minutes I heard in the news that it was Earthquake
Kanamai / Very strong shaking (MMI VII) : Very strong shaking furniture was moving some stacked items fell down from position we were being shaken and had to lay down flat as we couldn't reach under our table to safety. Felt like a thousand horses galloping outside our third floor apartments. The whole building was shaking and swaying. The past week weather has been unusually cold especially evenings. It came in two waves. Very terrifying. This is not the first time we usually experience this tremors and aftershocks but more so because
Dar es salaam / Strong shaking (MMI VI) : We felt it. It started with a mild shaking of sofas and then the windows, tables started shaking and we could feel the movement in floor too.
Daressalaam Tanzania city centre / Strong shaking (MMI VI)
dar es salaam / Very weak shaking (MMI II)
Daressalaam / Weak shaking (MMI III)
Upanga / not felt
Kalenga Street / Moderate shaking (MMI V)
Sinza Mori Dar es Salaam / not felt
DAR ES SALAAM / Strong shaking (MMI VI) : I was shaking very much
Dar-es-Salaam, Tanzania / Weak shaking (MMI III)
Mombasa kenya / not felt 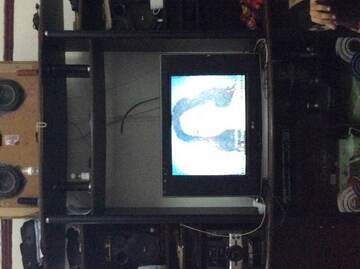 Click here to search our database for earlier earthquakes in the same area since 1900!
Most recent quakes Top 20 quakes past 24 hrs Quakes in Tanzania
Try our free app!