The sea in an area off the NE was discolored with an orange stain during aerial inspections on 6 and 19 March 1981.

The volcano showed signs of a possible eruption in 1976: an increase in fumarolic activity and possible gas emission offshore were noted and all residents of Kadovar were evacuated to Blublup Island.
The first signs were noted May 1976 from an area at the S coast where possibly a small hydrothermal eruption or, more likely, a vigorous emission of gas bubbles occurred. The sea water in the area changed color and became a 100 m-long reddish zone of iron hydroxide in August.
Hot ground was first noticed up on the side of the lava dome around 16 September, and there was an increase in HCl and SO2 emissions which had a maximum temperature of 100 deg C.
In November, a second fumarole had developed near the hot ground discovered in September.
After November 1976 and throughout 1977, the activity stabililzed and later began to decline slowly starting in 1978. An observation in 1981 showed that the new hot areas had decreased in size and regrowth of vegetation has began to recover the area.
---
Source: Smithsonian / GVP monthly reports

A report of "smoke" at the volcano in 1700 could indicate an eruption.
(Smithsonian SEAN Bulletin 01:14, Jan 1976)
First visit to our site? If you havn't done it yet, download the Volcanoes & Earthquakes app to get one of the fastest volcano news online:
Android | IOS 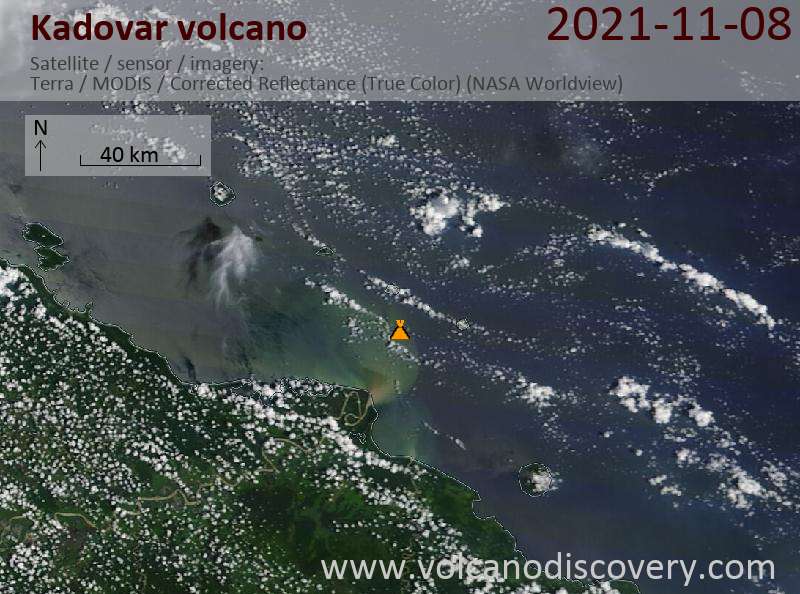 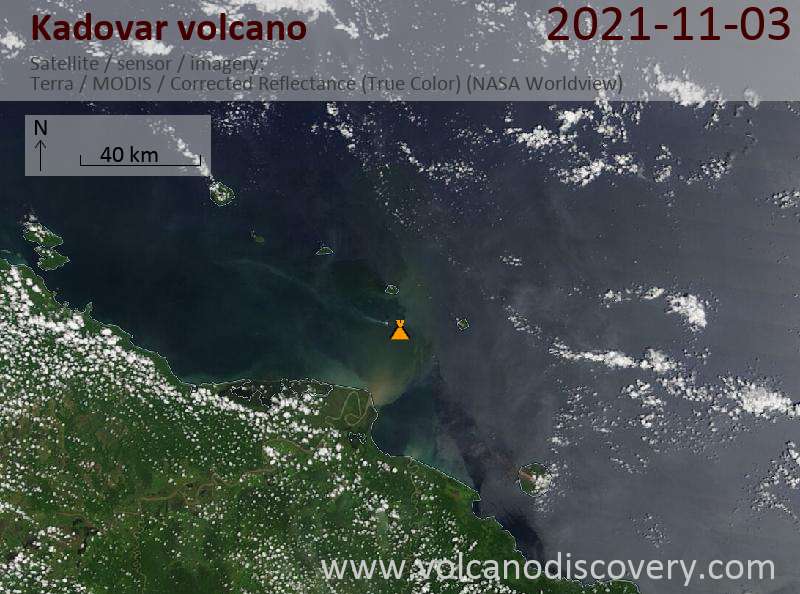 Volcano Calendar 2013
Our first printed volcano calendar, featuring a paroxysm of Etna, a vulcanian explosion of Krakatau, and much more!
Interactive map

Volcanoes & Earthquakes
Look up active volcanoes and earthquakes worldwide on our web-app, featuring an interactive map you can embed on your website or use as stand-alone tool.
Android App

Best tours to see lava
Visiting an erupting volcano is an unforgettable experience. If you're particularly looking to see "Red Hot Lava", these are among the best places to go to.
Get the ad-free version!
Why is there advertising on this site?
Support us - Help us upgrade our services!
We truly love working to bring you the latest volcano and earthquake data from around the world. Maintaining our website and our free apps does require, however, considerable time and resources.
We need financing to increase hard- and software capacity as well as support our editor team. We're aiming to achieve uninterrupted service wherever an earthquake or volcano eruption unfolds, and your donations can make it happen! Every donation will be highly appreciated. If you find the information useful and would like to support our team in integrating further features, write great content, and in upgrading our soft- and hardware, please make a donation (PayPal or Online credit card payment).