Eruption on 29 May was phreatomagmatic

Update Tue 02 Jun 16:54
An analysis of the erupted ash from 29 May confirms that the explosion was, as suspected, phreatomagmatic in origin, i.e. driven by the presence of new magma interacting with external water.
The ash samples contained about 30% juvenile (fresh) lava fragments, while the rest were mostly altered older rocks. The ratio of fresh magma involved in the eruption has increased compared to the eruption last year on 3 August. 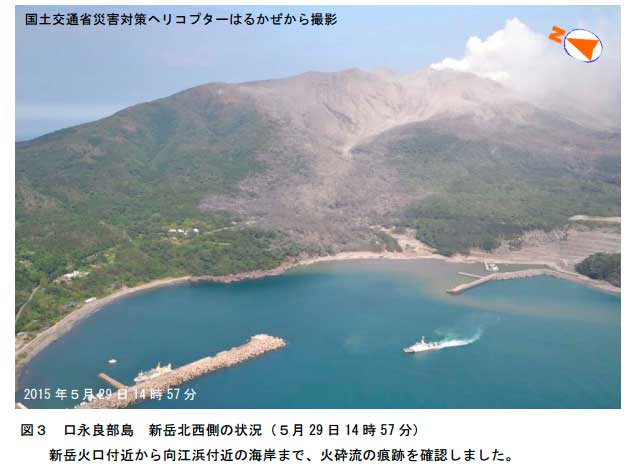 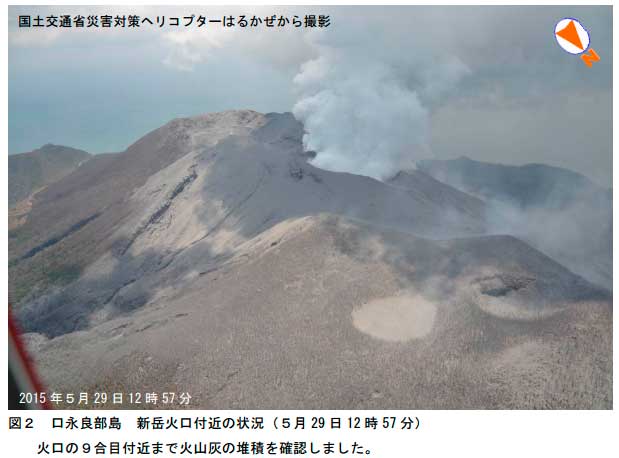 Image of the summit area (JMA) 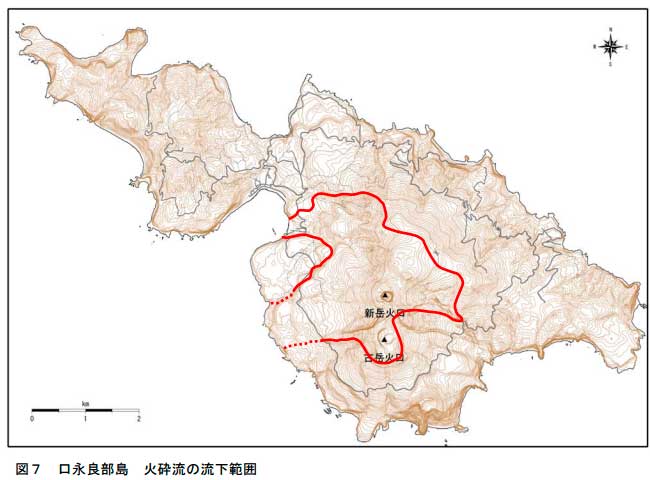 Map of the island and affected area by the eruption 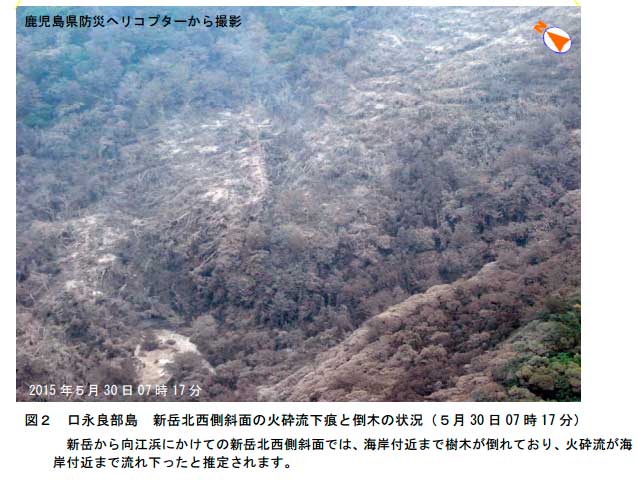 Forest devastated by pyroclastic surge
So far, the volcano has remained calm, although a new explosion remains a possibility and the highest alert level 5 (evacuation) remains in place.
All islanders have been evacuated and there are no reports of fatalities.
The Japanese Meteorological Agency (JMA) believes that the eruption, which occurred at 09:59 local time, was phreatomagmatic in origin. A local earthquake occurred just under a minute before the explosion.
The height of the eruption plume was given as 9 km. The pyroclastic flow that traveled northwest from the vent reached the western shore near the Pink Beach area, next to the harbour.

Link: Updates and further info in Japanese by JMA 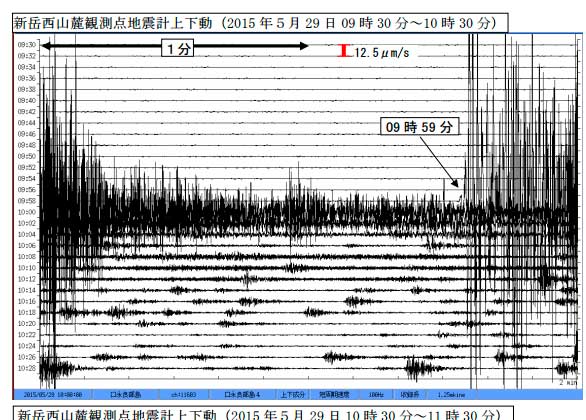 Seismic recording showing the earthquake and explosion at 09:59 (JMA) 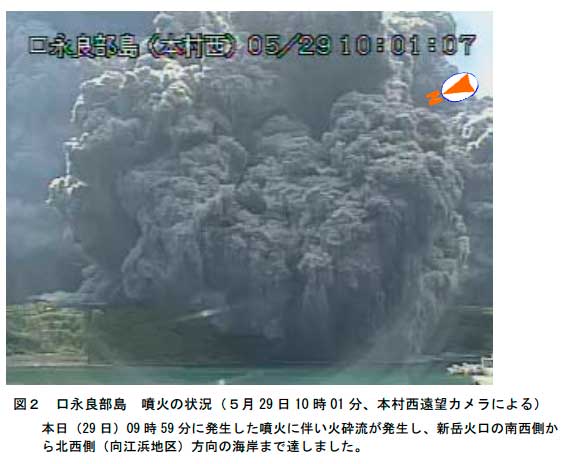 Arrival of the pyroclastic flow at the shore (JMA)

Update Fri 29 May 07:34
Two people have been reported injured, presumably burnt by pyroclastic surge, and were flown to a hospital in Yakushima island.
So far, it is not clear whether the eruption is a large-scale phreatic (steam-explosion driven) event or caused by new magma. Ash analysis should bring light into this soon.
Below is a NASA satellite image of the eruption plume - also a weaker plume from Sakurajima volcano (very active today as well) is visible drifting west from southern Kyushu island. 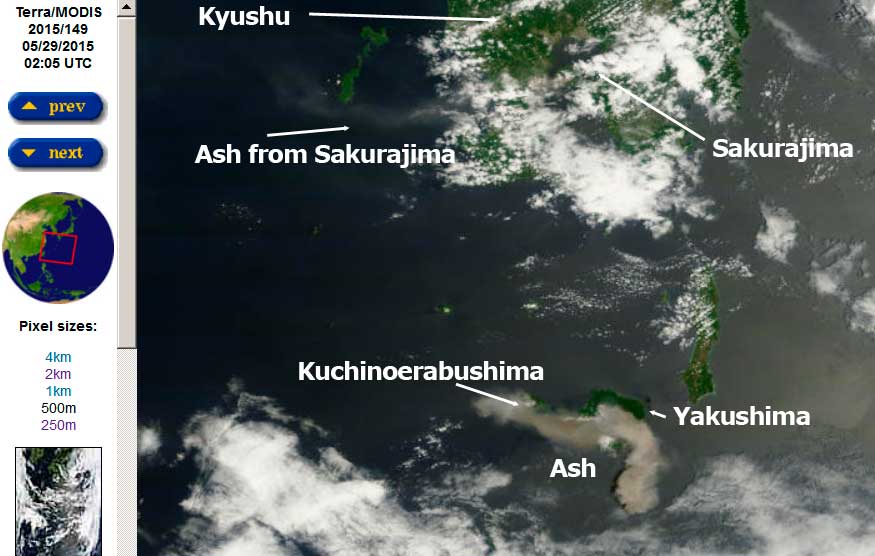 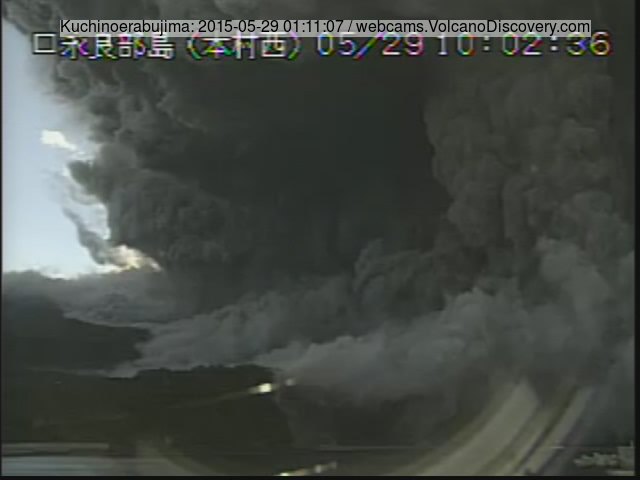 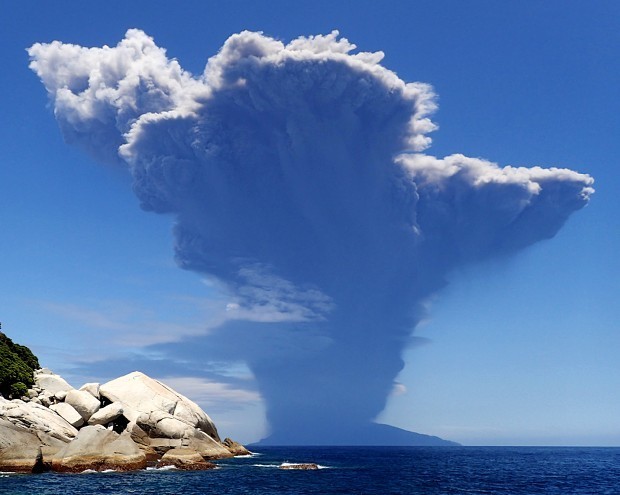 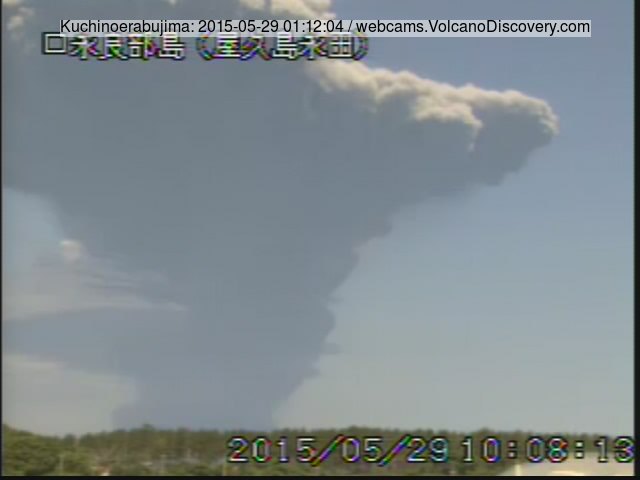 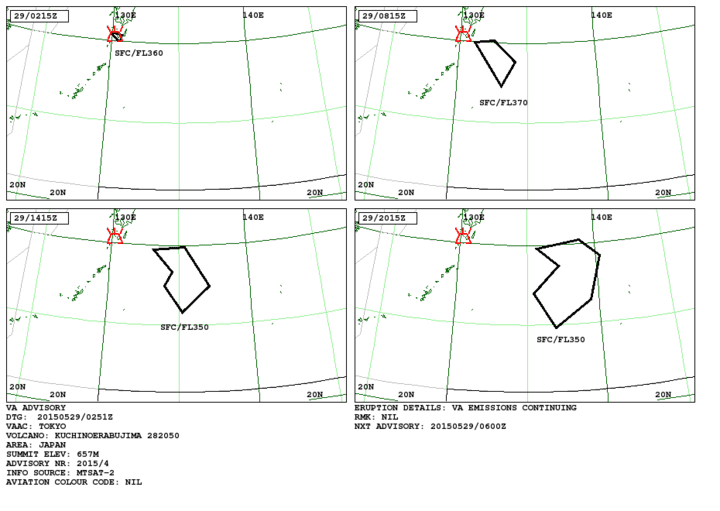 VAAC Tokyo's forecast of the ash plume
A powerful vulcanian explosion occurred this morning at 11:02 am local time at the volcano. The eruption - a both vertical and partially lateral massive explosion, occurred with apparently little warning from the Shintake vent and produced large pyroclastic flows by column collapse. A tall mushroom ash plume quickly rose to approx. 12 km altitude (36,000 ft).
JMA raised the alert level to the highest (5 out of 5) and authorities ordered immediate evacuation of the 130 inhabitants. Preliminary reports say that no fatalities or significant damage occurred, although this seems almost too good to be true, judging from the view of a massive pyroclastic flow that swept down to the coast near the port of the small island. Video - note the pyroclastic flow shooting out from the base of the eruption column quickly after the beginning:


Here's another video with the same sequence at the beginning and a more distant view afterwards.

A ferry en route nearby was diverted to assist this operation and regualar ferries to the Tokara islands are being canceled as the vessels are used for the evacuation. Authorities even consider evacuation of nearby Yakushima island, known for its world-heritage forests and a popular tourist destination.

All historical eruptions from Kuchinoerabujima have occurred from Shintake - the youngest of 3 stratovolcanoes forming the island. Frequent explosive eruptions have taken place from Shintake since 1840; the largest of these prior to today's eruption was in December 1933. Several villages on the 4 x 12 km island are located within a few kilometers of the active crater and have suffered damage from eruptions.
An SO2 plume was detected immediately after the beginning of the eruption by satellite:

SO2 plume from the eruption (ESA)
First visit to our site? If you havn't done it yet, download the Volcanoes & Earthquakes app to get one of the fastest volcano news online:
Android | IOS

Kilauea volcano photos
The most active volcano in the world with a record long lasting eruption since 1983: images of lava flows, lava lakes, explosions, lava meeting the ocean, aerials and more.
Quake-O-Meter

Check if seismic activity worldwide or in a specific area has increased or decreased!
Destinations

Tours by destination
We travel to volcanic areas worldwide: from Greece and Italy, Iceland, to Hawai'i, Japan, Indonesia, Vanuatu. We even offer a Round-The-World tour to volcanoes.
Accretionary lapilli

Small spherical balls of volcanic ash that form from a wet nucleus falling through a volcanic ash cloud.
Seismographs