Wed, 12 Apr 2017, 06:00
06:00 AM | BY: VN
RVO reported that incandescence from both Manam's Southern Crater and Main Crater fluctuated in intensity during 1-15 April, and incandescent material was occasionally ejected from the craters. RSAM values averaged around 100. On 15 April RSAM values fluctuated, with a peak of 450 at 0600 and other peaks throughout the day, though with RSAM values not as high.
RVO interpreted the high RSAM values as changes in seismicity from discrete low-frequency earthquakes, to sub-continuous volcanic tremor, and then to continuous volcanic tremor.

During 0300-0800 on 16 April RSAM values were high (peaking at 400); there were no reports of associated anomalous eruptive activity, though RVO noted communication problems. Based on RSAM data, a small-to-medium eruption began between 1400 and 1600 on 16 April. Seismicity was initially erratic, and peaked at about 0030 and 0100 on 17 April.
A Dugulava village resident (S side of island) briefly viewed the eruption and reported that incandescent material was ejected from the crater and fell into the N and SW valleys. Rumbling and roaring was also heard. Activity decreased around 0600 and remained low until the next day.
Strong Strombolian activity at Southern Crater was observed at about 1300 on 18 April, and roaring and rumbling was heard. Dense and dark ash clouds rose a few hundred meters above the crater rim and drifted NW. Two small pyroclastic flows descended the SE and SW valleys, terminating at about 1 km a.s.l.
At about 1500 Strombolian activity subsided, coinciding with a very loud explosion. Activity fluctuated though was low until 2100, and then afterwards light-gray ash plumes rose above the crater. White-to-gray ash plumes rose above Main Crater during 17-18 April, and small ejections of material occurred about every five minutes.

Based on analyses of satellite imagery and model data, the Darwin VAAC reported that on 24 March a steam plume from Manam, possibly with a minor ash content, drifted 75 km SE. ... Read all
Show more
Tue, 21 Mar 2017, 12:15 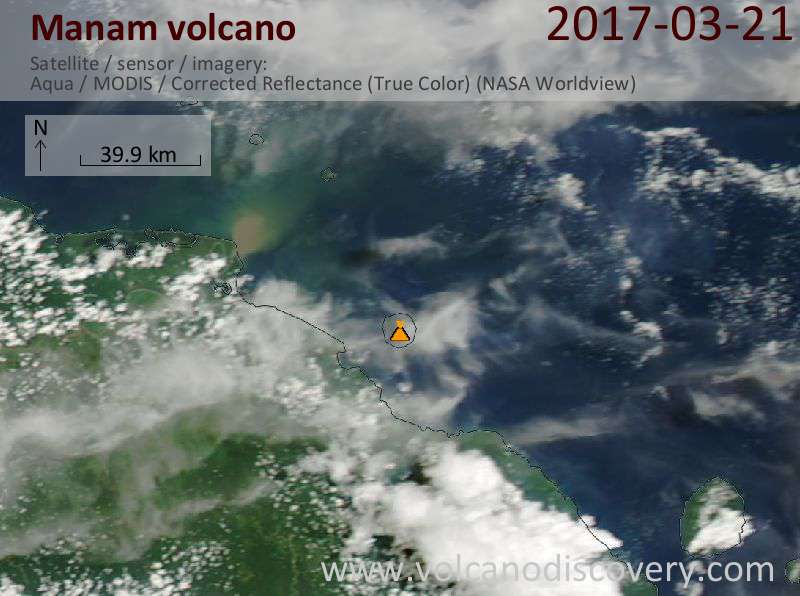 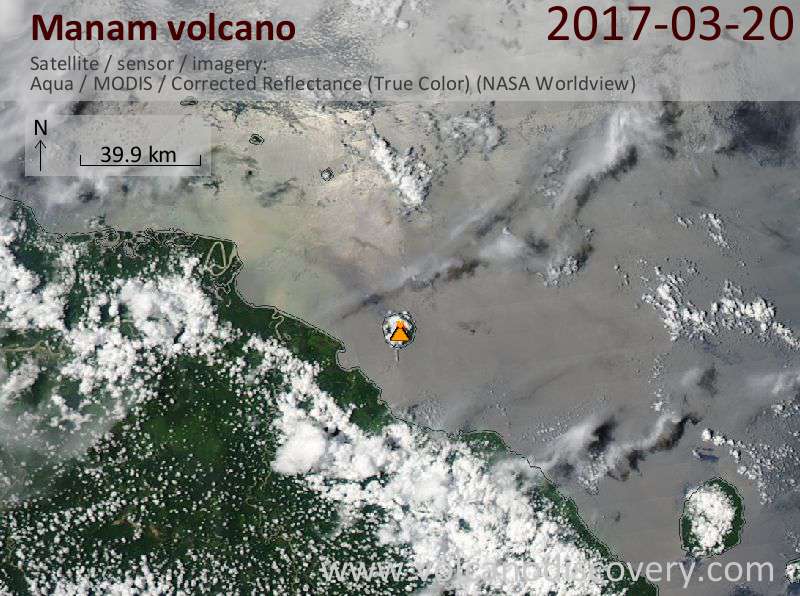 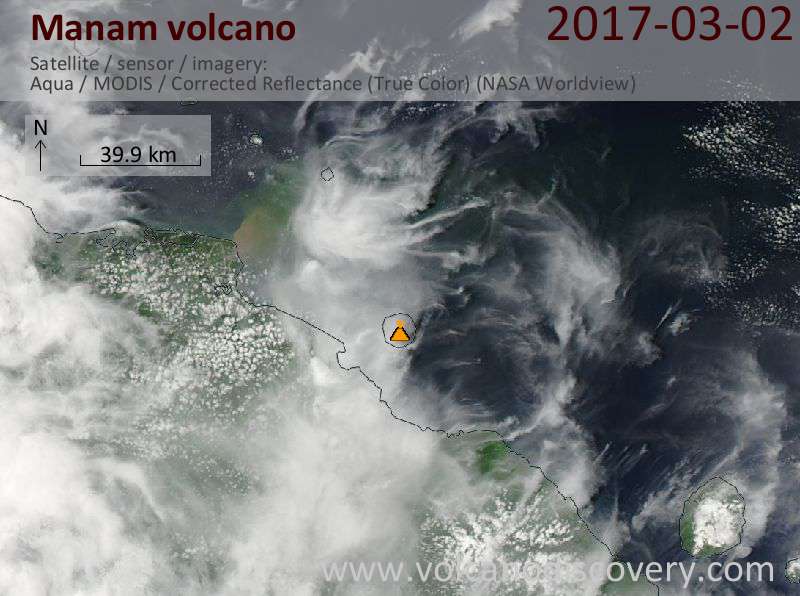 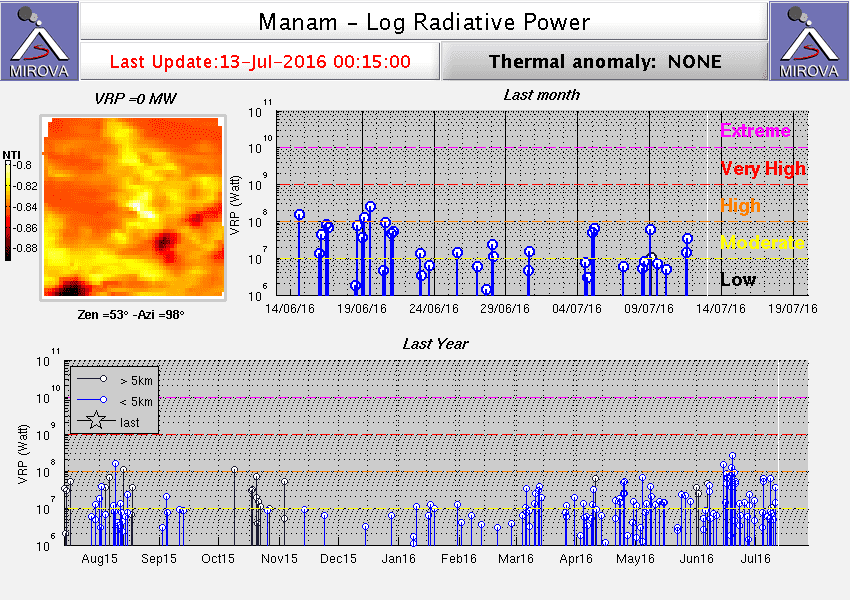 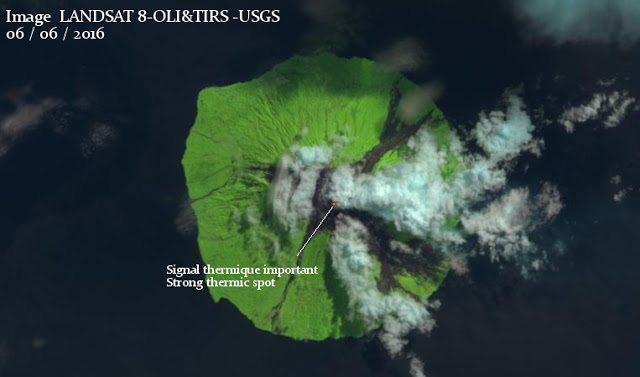 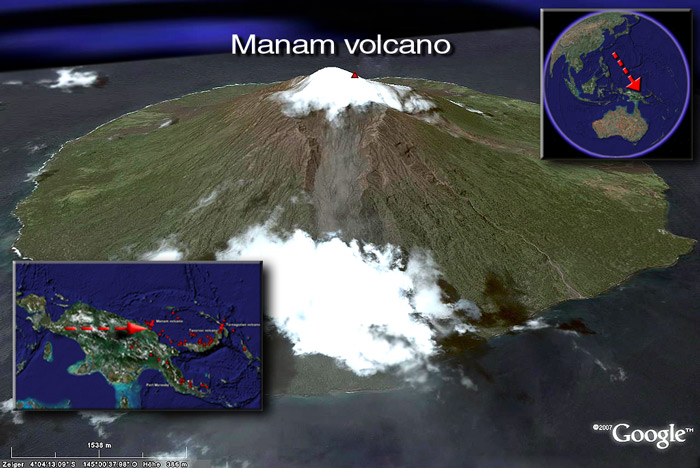 Tour photos May 2016
A selection of photos taken during our Java photo tour by Uwe Ehlers.
Kuril Islands 17-30 July 2020

Kuril Islands expedition
The Kuril islands form one of the most active volcanic chains in the world, but are very difficult to access. From time to time, we organize expeditions to some of these remote and still unspoiled islands. Adventure guaranteed!
Subduction zones

Convergent plate boundaries and subduction zones
As an oceanic plates collides with another plate, it is subducted and generates volcanism on the overlying plate.
Ijen flames