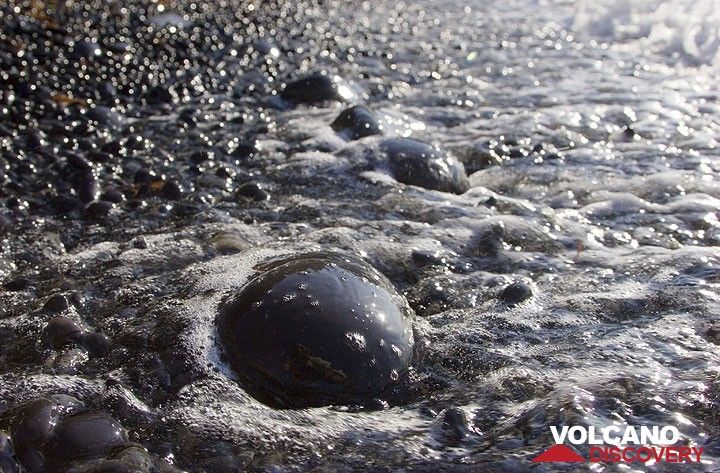 Ibu volcano photos
Ibu in Halmahera is one of the most active, but rarely visited volcanoes in Indonesia. A spectacular lava dome is growing inside the volcano's breached crater, with frequent explosions.
Greece

Photos from Greece
We have traveled all over Greece, in particular on its active volcanic areas such as Santorini, Nisyros, Milos, Methana.
Volcanoes and Spices

17 days volcano trekking
This is one of our most exciting volcano tours! Halmahera, North Sulawesi and the Sangihe Islands are not only very scenic and interesting as well as nearly unspoiled by tourism, but also home to some of the country's most active (and often erupting) volcanoes, inclduing Dukono, Ibu, Lokon, Soputan and Karangetang.
Santorini geology tour

Fascination Volcano
Discover with us the fascinating natural history of Santorini volcano in Greece on this walking and study tour.
World Volcano Tour

Round-the-world volcano tour
Have you ever dreamt of travelling around the world? VolcanoDiscovery makes this dream come true.
Get the ad-free version!
Why is there advertising on this site?
Sources: VolcanoDiscovery / VolcanoAdventures and other sources as noted.
Use of material: Most text and images on our websites are owned by us. Re-use is generally not permitted without authorization. Contact us for licensing rights.
Volcanoes & Earthquakes