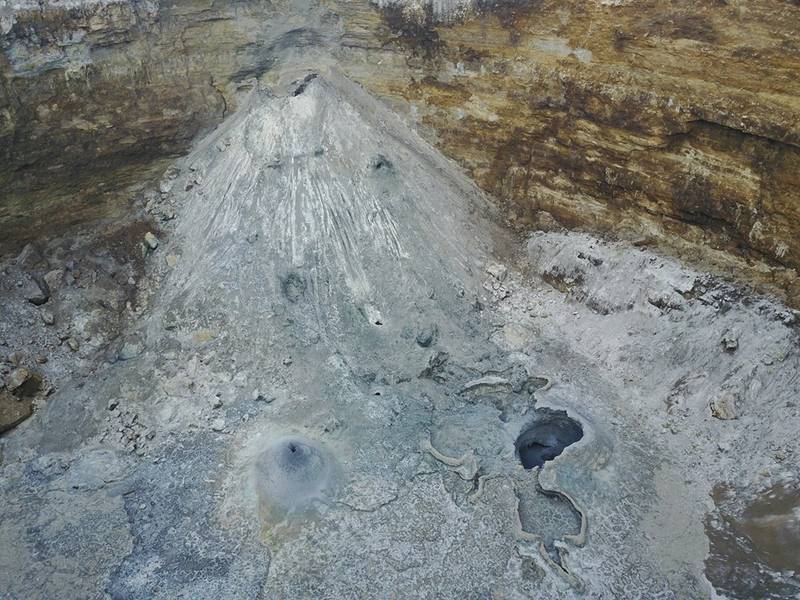 The volcano continues to slowly erupt natrocarbonatite lava inside the deep pit crater of the 2007-08 cinder cone which occupies the active northern crater of Lengai volcano. We present a selection of aerial photos taken a few days ago by our friend Gian Schachenmann.
Ol Doinyo Lengai volcano (Tanzania): natrocarbonatite lava activity inside the summit crater
Mon, 8 Jul 2013, 14:38 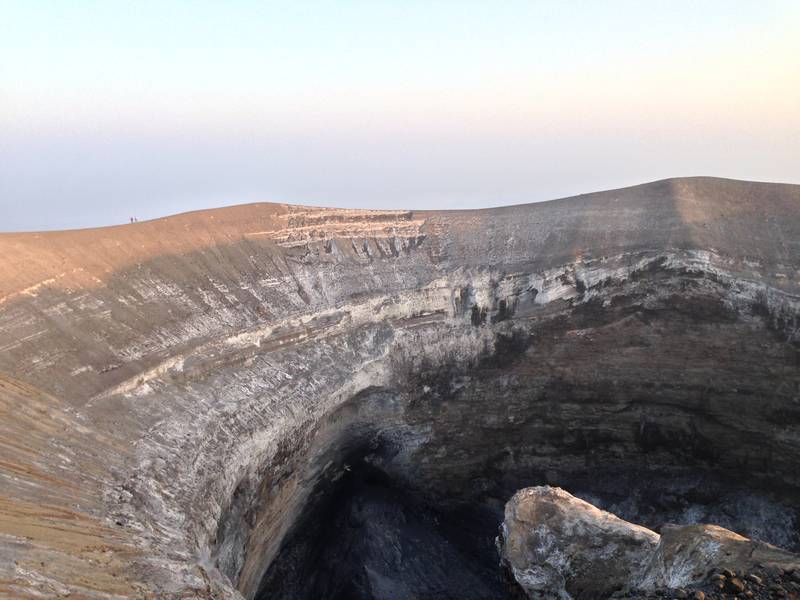 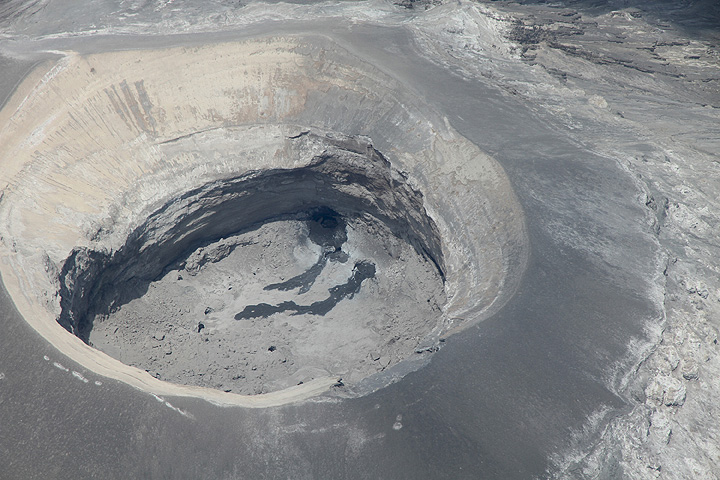 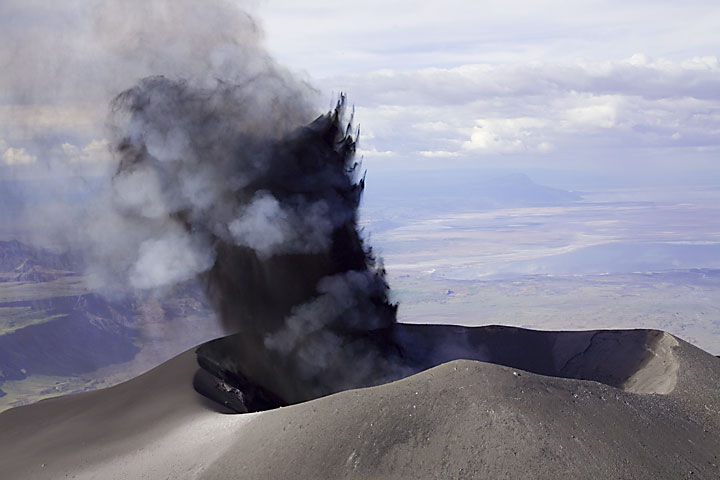 Typical ash eruption from the new ash cone in the N crater
A small group from VolcanoDiscovery, local mountain guides and partners stayed near and on Lengai volcano during 17-21 January. During this period, Lengai continued to erupt ash to several 100 meters above the new ash cone during phases lasting several hours alternating with periods of quiet when only a weak plume of very fine gray ash and gas was issuing out of the new ash cone. Read all
Ol Doinyo Lengai volcano (Tanzania), eruption news: possible strong eruption on 7 November
Thu, 15 Nov 2007, 08:43
Based on information from the Tanzania MVO, the Toulouse VAAC reported that Ol Doinyo Lengai erupted on 7 November and remained active. According to Frederick Belton's website, an observer saw a "smoke" plume rise to an altitude of 3.2-3.5 km (10,500-11,500 ft) a.s.l. and drift WSW towards the Gol Mountains on 10 November.
Show more
Ol Doinyo Lengai volcano (Tanzania), activity update: Lengai volcano (Tanzania), activity update: new photos of the eruptions
Wed, 31 Oct 2007, 21:36 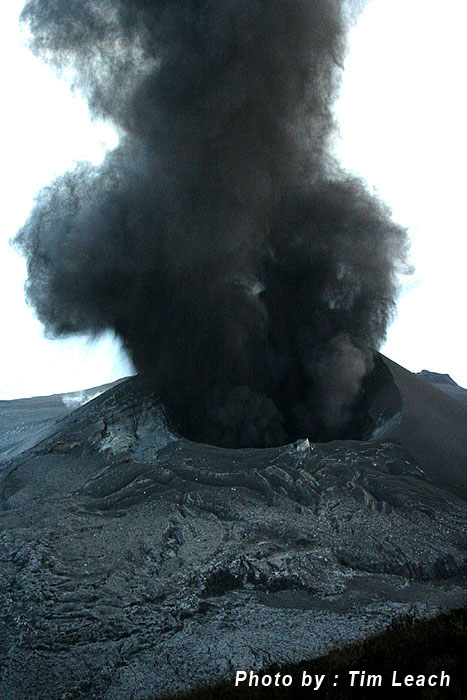 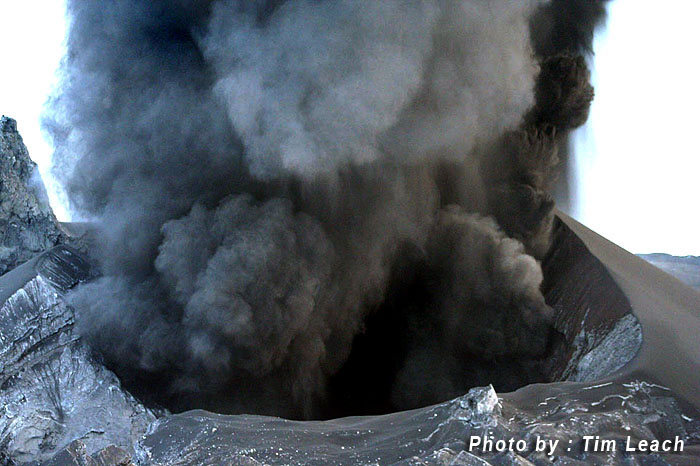 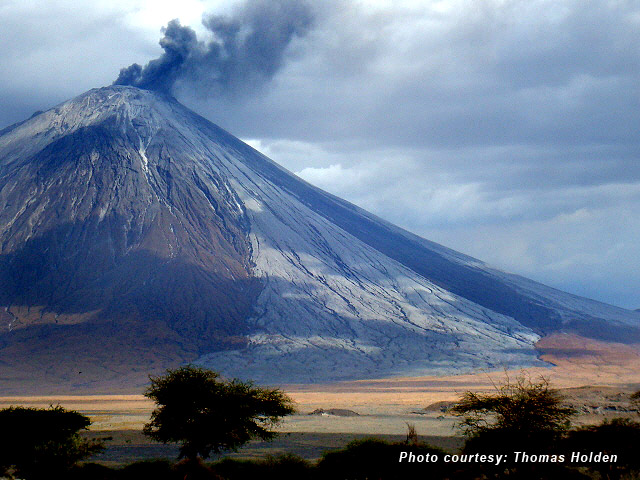 Photo by Thomas Holden
Lengai volcano as seen from the north-east on 27 Oct 07: thick plumes of ash rise from the active crater and recent ash and lava deposits can be seen on the flank.
to top
Ol Doinyo Lengai volcano (Tanzania), activity update: volcano calming down, further investigations under way
Tue, 11 Sep 2007, 08:17
As more evidence about the large eruption at Lengai volcano on 4-5 Sep is pieced together, it appears that the eruption was probably a mainly explosive event while evidence of significant lava flows on the flanks becomes less. The observed "lava flows" could have been bush fires ignited by hot ejecta. In any case, there is little doubt that the observed ash cloud was the result of a significant explosive eruption and not just landslides on the steep flank.
Read all
Ol Doinyo Lengai volcano (Tanzania), activity update: ash fall, closure of Moiravo Tented Lodge
Thu, 6 Sep 2007, 18:39

It seems that the eruption at Lengai is indeed a major event and that explosive activity has taken or is taking place in addition to lava flows and probably, bush fires. According to local sources from the nearby Moivaro - Lake Natron Camp, Lengai first erupted at midnight and at 6 am on 4 September. A pilot reported ash rising to 20,000 ft (ca. 6 km). Ashfall was reported from Engaresero Village, but there are no reports on injuries or fatalities. The highly regarded Moivaro Tented Lodge near Lake Natron has been temporarily evacuated. 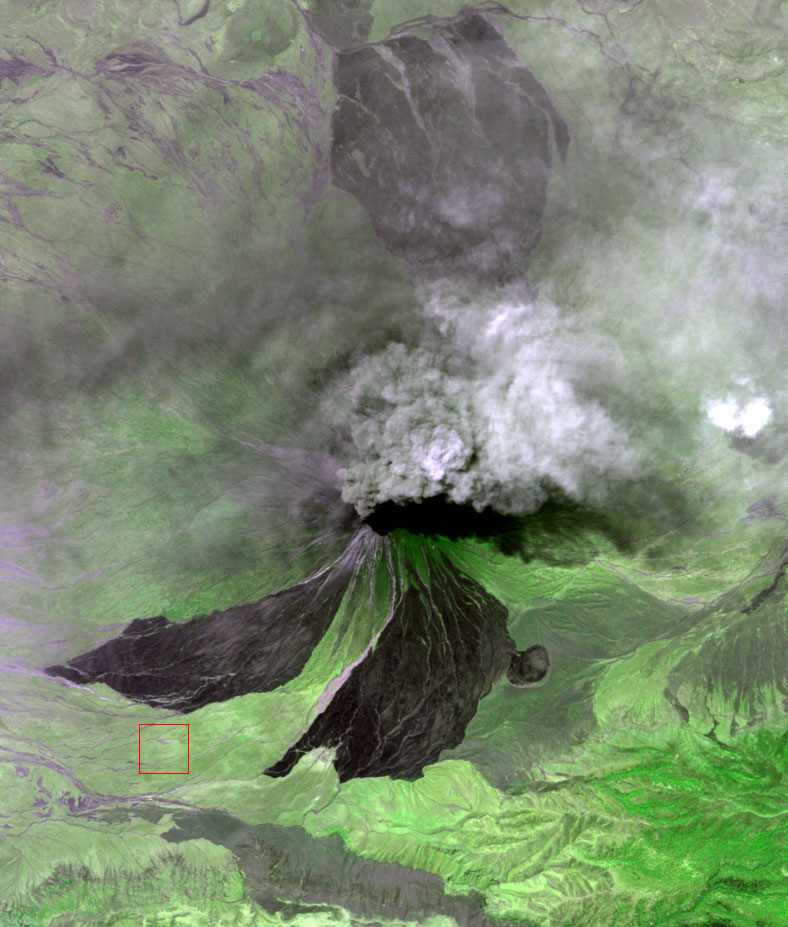 As more news has become available, the news about an effusive flank eruption at Lengai around 15 July turns out to be probably false. The observed "ashcloud" was dust from a landslide. This demonstrates how difficult it is in this area to have robust information. The ongoing seismic activity in the Gregory Rift, however, is quite peculiar.

Thomas, our correspondant in Arusha climbed Lengai last week and reports indirect signs of activity near the western rim of the crater, at the place where lava overflowed in the March 2006 eruption.
this is his report: 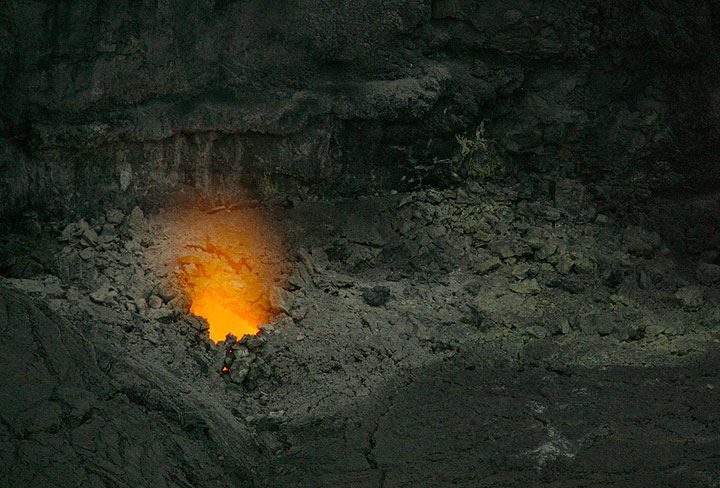 More detailed information about the recent activity at Lengai has emerged: there was probably no explosive eruption as reported earlier, but one or two very large effusive paroxysms: the first eruption occurred on 29 March, the second probably on 3 April. The eruptions produced large-volume natrocarbonatite lava flows that overflowed the crater to the West near the climbing route, travelled for more than 1 km length through a small canyon before stopping less than two km from a Maassai village at the base of the mountain.
Buring vegetation ignited by the lava might have produced smoke that had been mistaken for ash. No evacuations have taken place and no one has left the area, different from early news reports.

The activity at Lengai volcano, that started around 30 March is still enigmatic. According to information compiled by our colleague Fred Belton, a lava flow and lava fountains were emitted on the 30th, but there were no ash emissions. A steam plume was visible that may have been mistakenly described as ash in news reports. According to an observer in Tanzania, on 4 April a very large lava flow was visible on the volcano's W flank. The lava flow was over 1 km long and had traveled down the flank of the volcano and into a gorge. There were no signs that the flow was still hot. Photographs revealed that another lava flow may have traveled W of the volcano on 3 or 4 April. On 7or 8 April, active lava was contained within a new lava lake (?) at the summit. There are contradictory reports about evacuations evacuations from villages near the volcano. 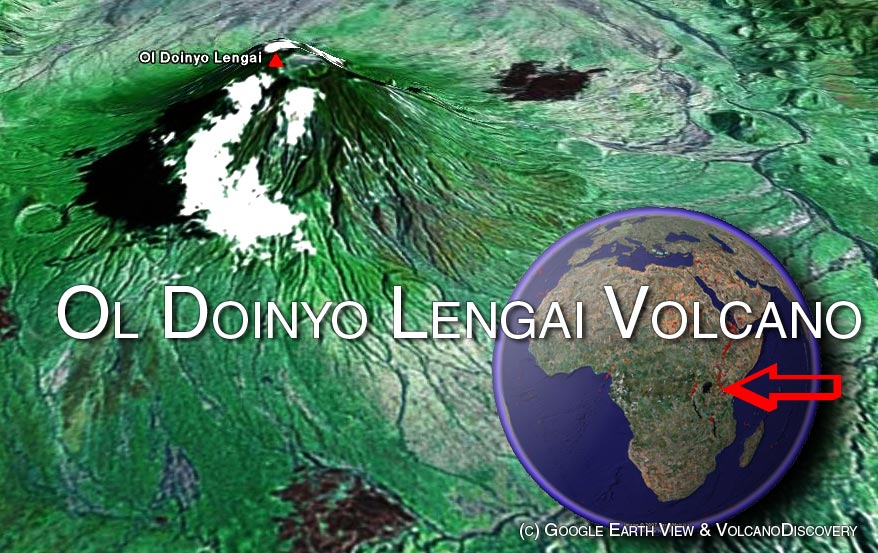 The Garden of Eden (10-day trekking and wildlife safari to the Ngorongoro Highlands and the Rift Valley, Tanzania)
Latest satellite images

What clients have said
Browse through feedback about our tours from customers, read what they have said about us!
VAAC

Photos from Armenia
Armenia is a very photogenic country with a large variety of landscapes showing some very spectacular geology, century-old monasteries and castles, and much more.
Get the ad-free version!
Why is there advertising on this site?
Support us - Help us upgrade our services!
We truly love working to bring you the latest volcano and earthquake data from around the world. Maintaining our website and our free apps does require, however, considerable time and resources.
We need financing to increase hard- and software capacity as well as support our editor team. We're aiming to achieve uninterrupted service wherever an earthquake or volcano eruption unfolds, and your donations can make it happen! Every donation will be highly appreciated. If you find the information useful and would like to support our team in integrating further features, write great content, and in upgrading our soft- and hardware, please make a donation (PayPal or Online credit card payment).