VolcanoDiscovery stayed on Erta Ale between 25 and 28 November. We were surprised to find the south crater filled with fresh flows, and the lava lake overflowing onto the caldera. The following photos, arranged in chronological order, give an impression of the activity and the changes of the lava lake in the south crater.
- All - Next page
Jump to page: 1 2 All || Gallery Index 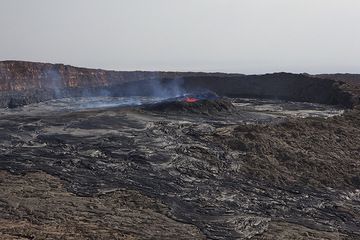 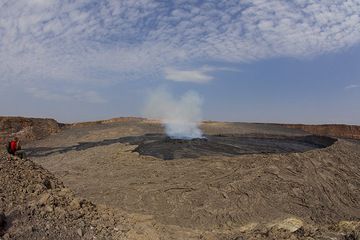 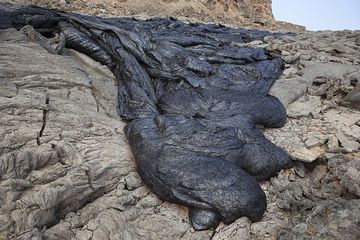 The fresh, black and glassy tip of the most recent overflow in contrast on the older lava covering t... [info]
(2529 Hits) 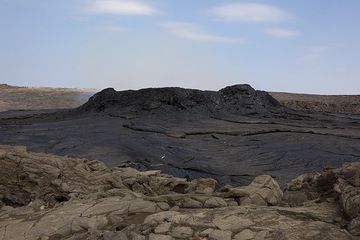 View from the higher, still existing southern crater rim towards the center of the crater, where a c... [info]
(2240 Hits) 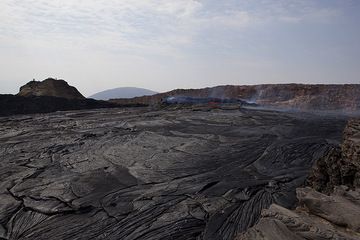 View of our old favourite observation spot on the S rim near the spot where the rim has been flooded... [info]
(1937 Hits) 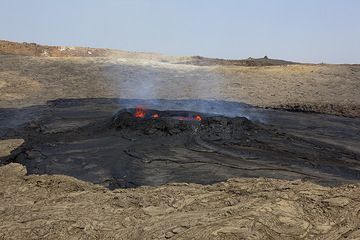 While the lava inside the ring wall is hidden from the northern rim, it is barely visible from the l... [info]
(2121 Hits) 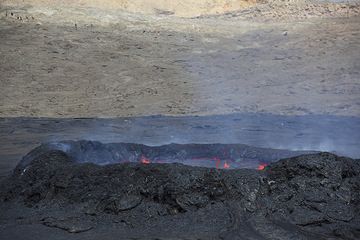 View of the lava lake standing relatively low inside the ring wall. Another group in the background ... [info]
(1872 Hits) 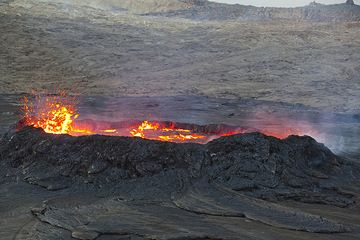 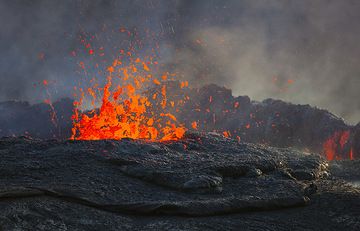 The ring wall is constantly being built higher, as fountains throw lava up, some of which lands on t... [info]
(2427 Hits) 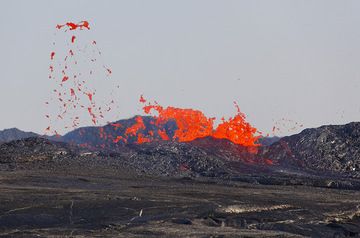 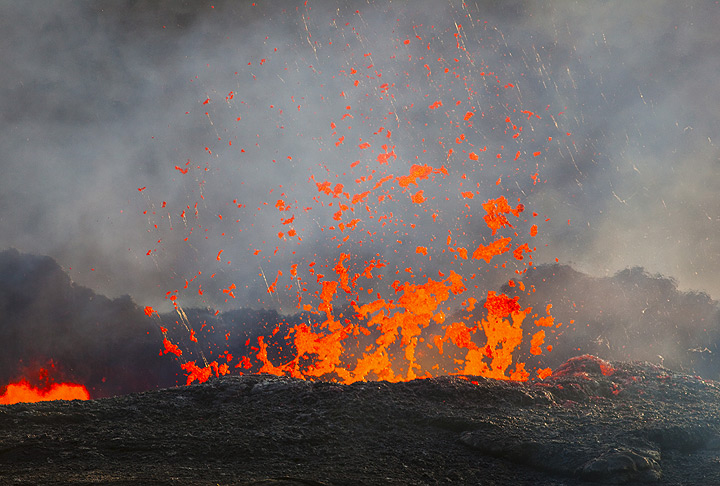 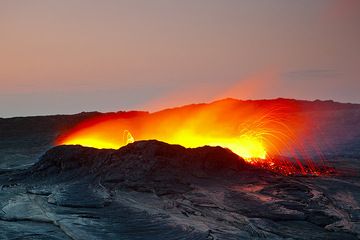 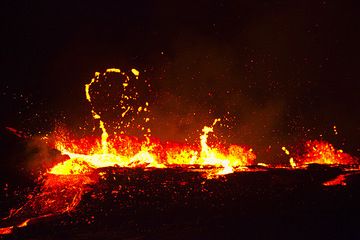 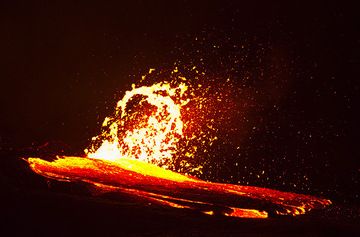 Another small overflow to the N happens shortly afterwards. A much larger flow like that occurs late... [info]
(2979 Hits) 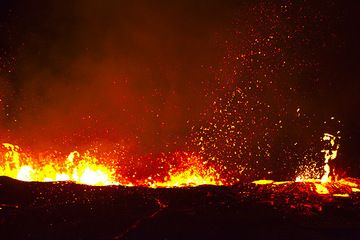 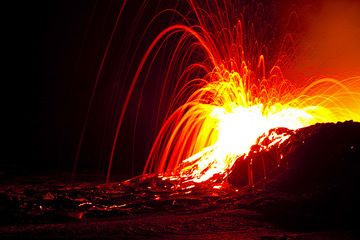 Exploding bubbles at night are too bright for photos. Much of the bubble of lava ends outside the ri... [info]
(3333 Hits)
- All - Next page
Jump to page: 1 2 All || Gallery Index
Try our free app!

Sakurajima volcano photos
One of the world's most active volcanoes, Sakurajima on Japan's Kyushu Island is famous for its frequent vulcanian explosions, often accompanied by eruption lightning.
China's volcanoes

Active volcanoes in China
Did you know that there are at least 15 active volcanoes in China? The last eruption was from the Kunlun volcano in 1951.
Get the ad-free version!
Why is there advertising on this site?
Sources: VolcanoDiscovery / VolcanoAdventures and other sources as noted.
Use of material: Most text and images on our websites are owned by us. Re-use is generally not permitted without authorization. Contact us for licensing rights.
Volcanoes & Earthquakes