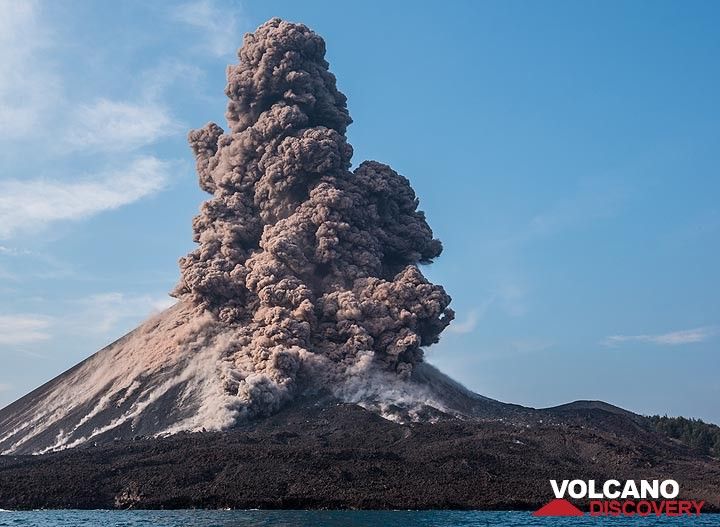 Earthquake Archive
Look up any earthquake anywhere from 2010
Merapi

Merapi volcano photos
One of the most active and most dangerous volcanoes of Indonesia: Merapi meaning "the one who makes fire", is a feared but also venerated holy mountain looming over the city of Yogyakarta, capital of Central Java.
Volcano Calendar 2013

Volcano Calendar 2013
Our first printed volcano calendar, featuring a paroxysm of Etna, a vulcanian explosion of Krakatau, and much more!
Krakatau to Bali

Volcano and photo tour to Java, Indonesia
Visit Java's famous volcanoes: Krakatau, Merapi, Bromo, Semeru, Ijen and others, crossing Java from west to east. This study and photography trip for a small exclusive group is one of our classic and best tours.
Get the ad-free version!
Why is there advertising on this site?
Copyrights: VolcanoDiscovery and other sources as noted.
Use of material: Most texts and images, in particular photographs, on this website are protected by copyright. Further reproduction and use of without authorization is usually not consented. If you are not sure or need licensing rights for photographs, for example for publications and commercial use, please contact us.
Home | Travel | Destinations | Volcanoes | Photos | Earthquakes | About | Glossary | News | Contact | Privacy - change consent | Imprint | EN | DE | EL | ES | FR | IT | RU
Follow us: