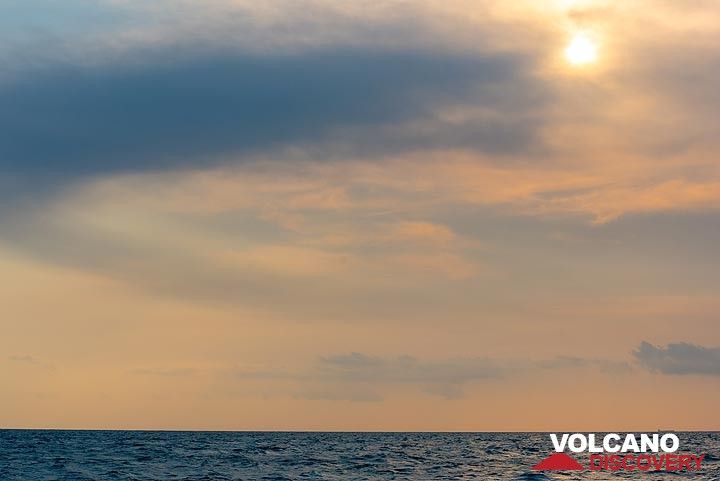 « Previous · Next »
After half an hour, the ash plume from this eruption can still be seen drifting in the western sky. (Photo: Tom Pfeiffer)
Thumbnails↑ · ↑↑Gallery Index
Copyright: Tom Pfeiffer / www.volcano-photo.com
Contact: Email
File: krakatau_k18655.jpg | Hits

Foto tour Santorini April 2017
A selection of images taken during our photo tour on Santorini. We offer customized small-group photography tours and workshops on the beautiful island of Santorini.
Kuril Islands

Photos taken on our our tours. - volcano adventures, group photos, expedition and camp life, people and impressions.
Get the ad-free version!
Why is there advertising on this site?
Copyrights: VolcanoDiscovery and other sources as noted.
Use of material: Most texts and images, in particular photographs, on this website are protected by copyright. Further reproduction and use of without authorization is usually not consented. If you are not sure or need licensing rights for photographs, for example for publications and commercial use, please contact us.
Home | Travel | Destinations | Volcanoes | Photos | Earthquakes | About | Glossary | News | Contact | Privacy - change consent | Imprint | EN | DE | EL | ES | FR | IT | RU
Follow us: