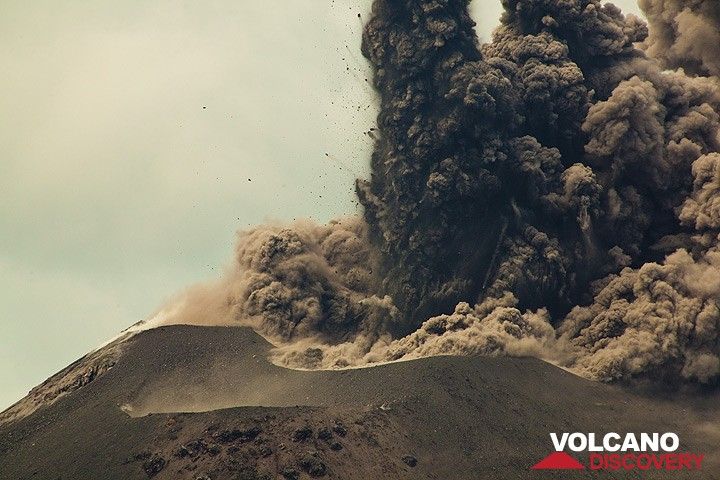 The term for all fine-grained volcanic products fragmented during explosive eruptions.
Reykjanes crisis

Seismic crisis in SW Iceland
In mid Feb 2021, a strong seismic crisis started on the Reykjanes peninsula, caused by a magmatic intrusion that could lead up to a new volcanic eruption. Follow the latest developments!
China's volcanoes

Vanuatu Volcano Tours
One of the most exciting volcano travel destinations in the world! On our adventurous expeditions, you will get close to active lava lakes on Ambrym Island and the spectacular fireworks of Yasur volcano on Tanna Island.
Volcanic features

A selection of photos of different features: lava flows, lava fountains, lava lakes, fumaroles and more.
Why is there advertising on this site?
Sources: VolcanoDiscovery / VolcanoAdventures and other sources as noted.
Use of material: Most text and images on our websites are owned by us. Re-use is generally not permitted without authorization. Contact us for licensing rights.
Volcanoes & Earthquakes