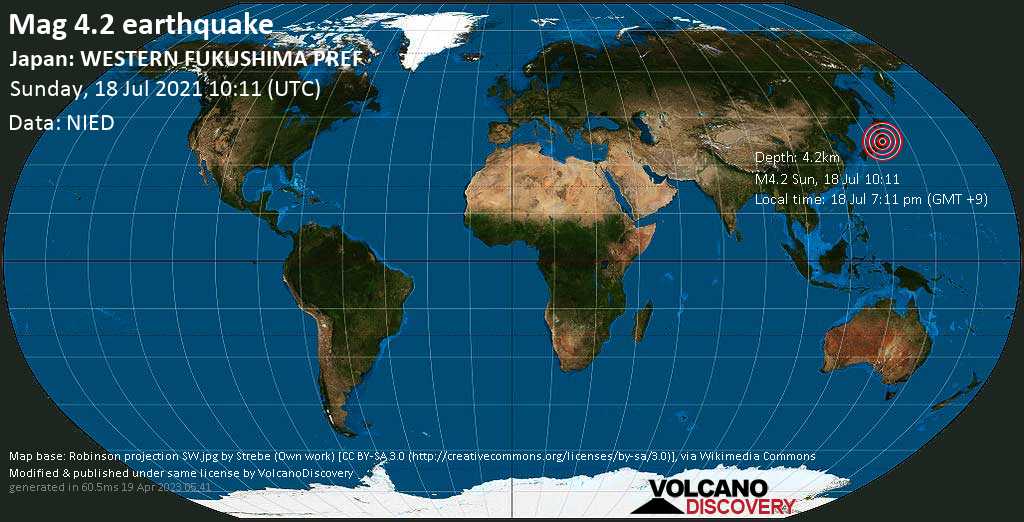 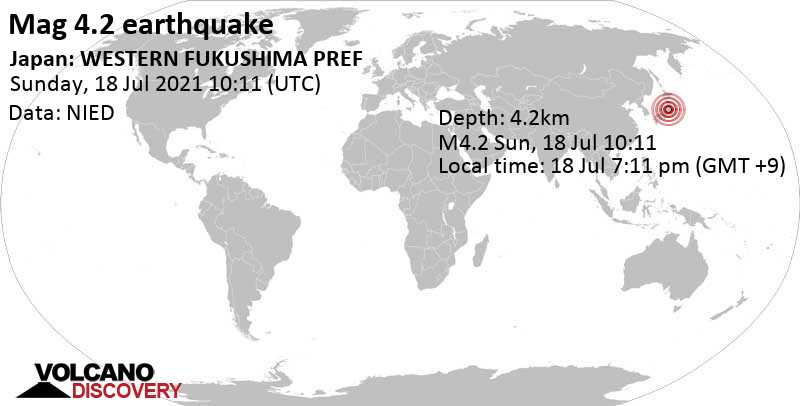 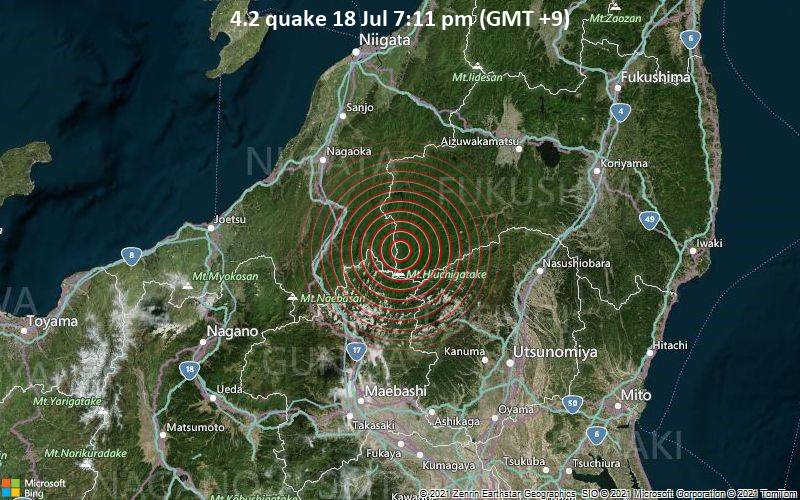 4.2 quake 18 Jul 7:11 pm (GMT +9)
A magnitude 4.2 earthquake near Tōkamachi, Tōkamachi-shi, Niigata, Japan, was reported only 13 minutes ago by Japan's National Research Institute for Earth Science and Disaster Resilience (NIED), considered the main national agency that monitors seismic activity in this part of the world. The earthquake occurred at a very shallow depth of 4.2 km beneath the epicenter early evening on Sunday 18 July 2021 at 7:11 pm local time. The exact magnitude, epicenter, and depth of the quake might be revised within the next few hours or minutes as seismologists review data and refine their calculations, or as other agencies issue their report.
A second report was later issued by the European-Mediterranean Seismological Centre (EMSC), which listed it as a magnitude 4.4 earthquake.
Based on the preliminary seismic data, the quake should not have caused any significant damage, but was probably felt by many people as light vibration in the area of the epicenter.
Weak shaking might have been felt in Shiozawa (pop. 20,200) located 38 km from the epicenter.
Other towns or cities near the epicenter where the quake might have been felt as very weak shaking include Tōkamachi (pop. 41,100) located 46 km from the epicenter, Numata (pop. 45,500) 51 km away, Imaichi (pop. 64,300) 52 km away, Nagaoka (pop. 195,300) 58 km away, Sandyo (pop. 82,900) 69 km away, and Kanuma (pop. 94,900) 70 km away.
Загрузите приложение «Вулканы и землетрясения» и получайте одно из самых быстрых сейсмических оповещений онлайн: Android | iOS
Я почувствовал это землетрясение
Я не почувствовал это землетрясение