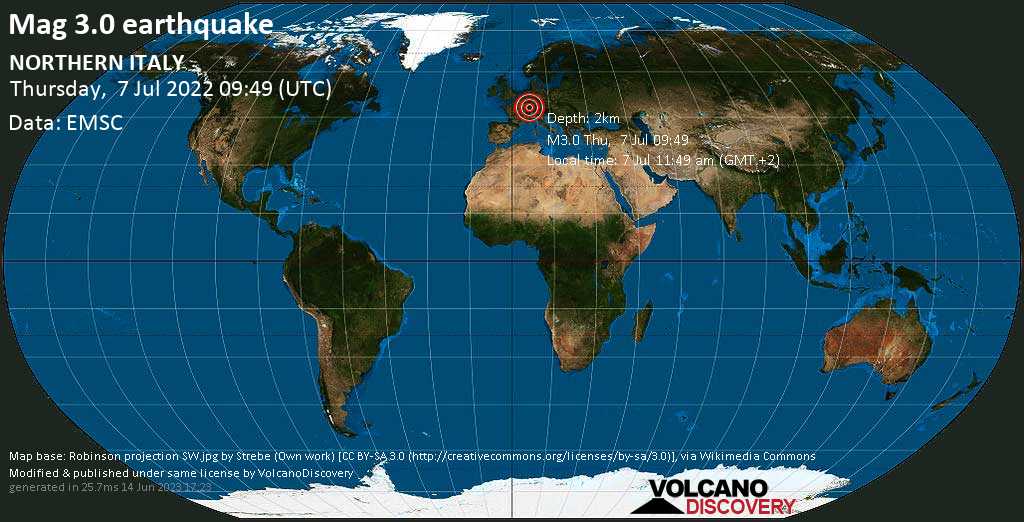 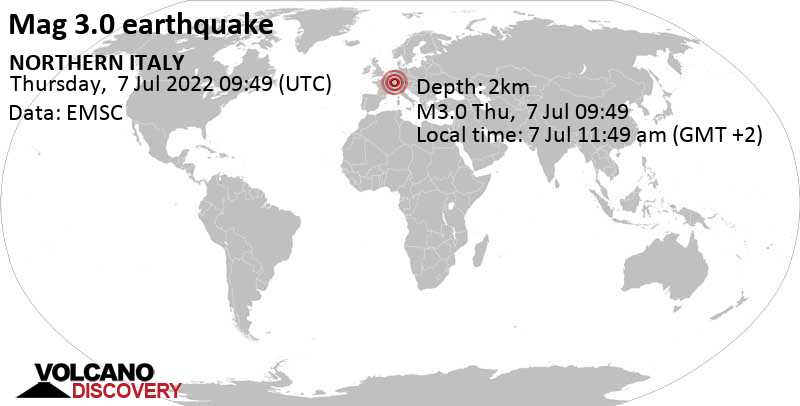 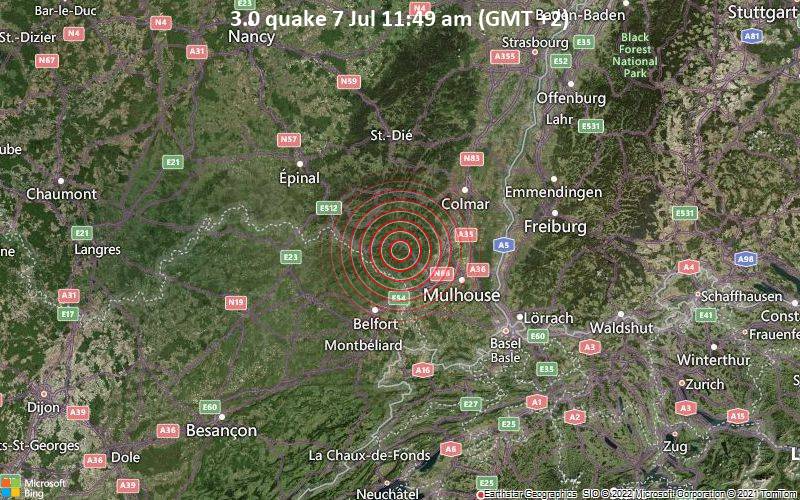 3.0 quake 7 Jul 11:49 am (GMT +2)
A very shallow magnitude 3.0 earthquake was reported in the morning near Mulhouse, Haut-Rhin, Grand Est, France.
According to the European-Mediterranean Seismological Centre (EMSC), the quake hit on Thursday, July 7th, 2022, at 11:49 am local time at a very shallow depth of 2 km. Shallow earthquakes are felt more strongly than deeper ones as they are closer to the surface. The exact magnitude, epicenter, and depth of the quake might be revised within the next few hours or minutes as seismologists review data and refine their calculations, or as other agencies issue their report.
A second report was later issued by the citizen-seismograph network of RaspberryShake, which listed it as a magnitude 3.0 earthquake as well. A third agency, the citizen-seismograph network of RaspberryShake, reported the same quake at magnitude 2.4.
Based on the preliminary seismic data, the quake was probably felt by many people in the area of the epicenter. It should not have caused significant damage, other than objects falling from shelves, broken windows, etc.
In Mitzach (pop. 440) located 1 km from the epicenter, the quake should have been felt as light shaking.
Weak shaking might have been felt in Saint-Amarin (pop. 2,600) located 3 km from the epicenter.
Other towns or cities near the epicenter where the quake might have been felt as very weak shaking include Thann (pop. 8,400) located 10 km from the epicenter, Wittenheim (pop. 15,700) 25 km away, Belfort (pop. 54,600) 27 km away, Mulhouse (pop. 111,400) 27 km away, and Illzach (pop. 15,500) 28 km away. In Colmar (pop. 65,400, 36 km away), the quake was probably not felt.
Загрузите приложение «Вулканы и землетрясения» и получайте одно из самых быстрых сейсмических оповещений онлайн: Android | iOS
Я почувствовал это землетрясение
Я не почувствовал это землетрясение