A second area of hot springs is found on the beach of Beangabang Bay east of Sirung's crater. Water from these springs mixes with seawater.

Eruptions of "smoke and dust" were reported by press around 13 May 2004, but according to the Indonesian Volcanological Survey, these reports were false.

A volcanologist from the Indonesian Volcanological Survey visited the volcano on 12 December, following an earthquake of M6.5 on 26 November. Fumaroles and the crater lake were normal and showed no evidence of increased activity. The only notable change in the crater was a fresh landslide scar that perhaps had resulted from the earthquake.

Sirung volcano erupted on 14-15 June 1934. Detonations were heard in Ilakalau village and the following morning the crater rim was observed to be covered by white fresh ash deposits. On 16 June lapilli fell in Ilakalau village. On 17 June dense ash clouds were erupted 5-10 minutes. On 26 June, 30 m high lava fountains or strombolian activity were observed at the crater.
First visit to our site? If you havn't done it yet, download the Volcanoes & Earthquakes app to get one of the fastest volcano news online:
Android | IOS
Latest news
Thu, 22 Jul 2021, 05:38
Sirung volcano (Pantar Island, Indonesia): phreatic explosion today 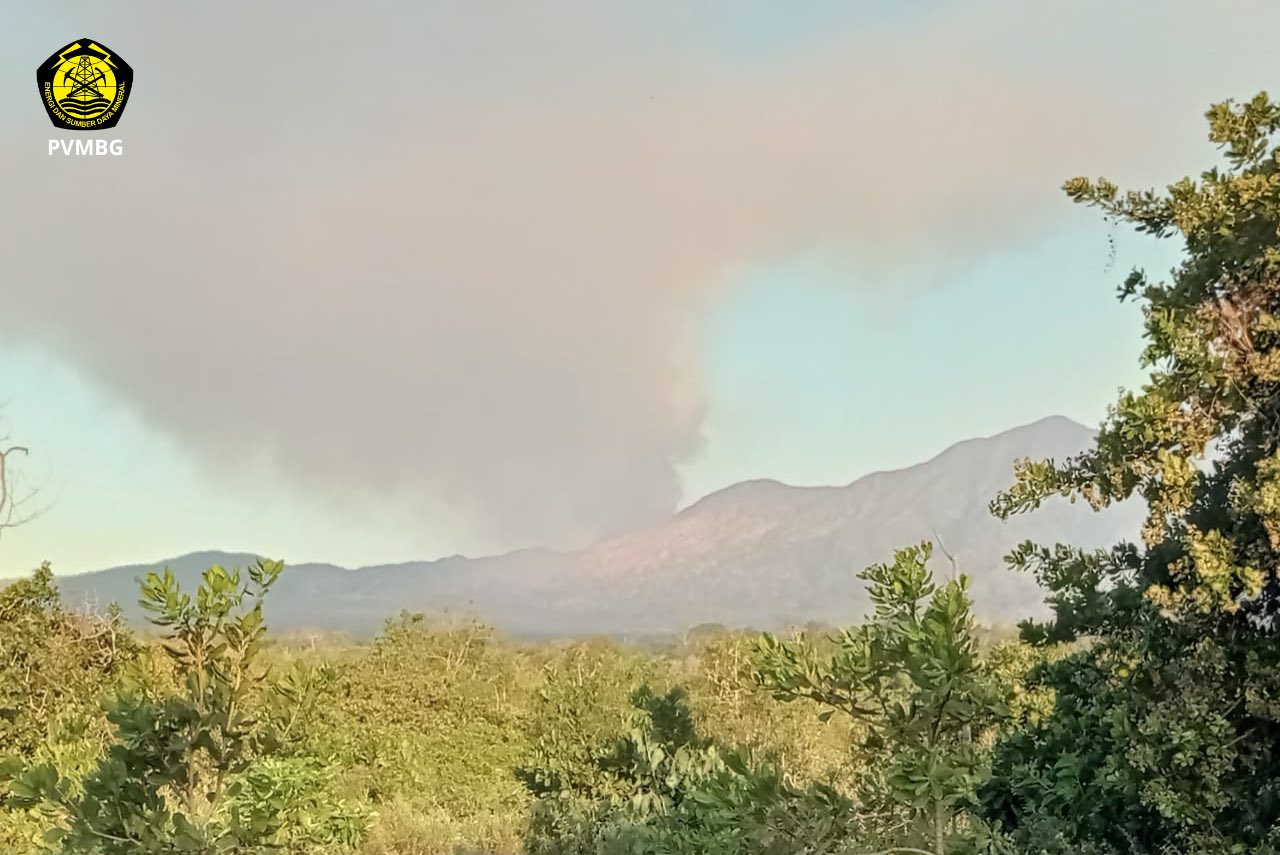 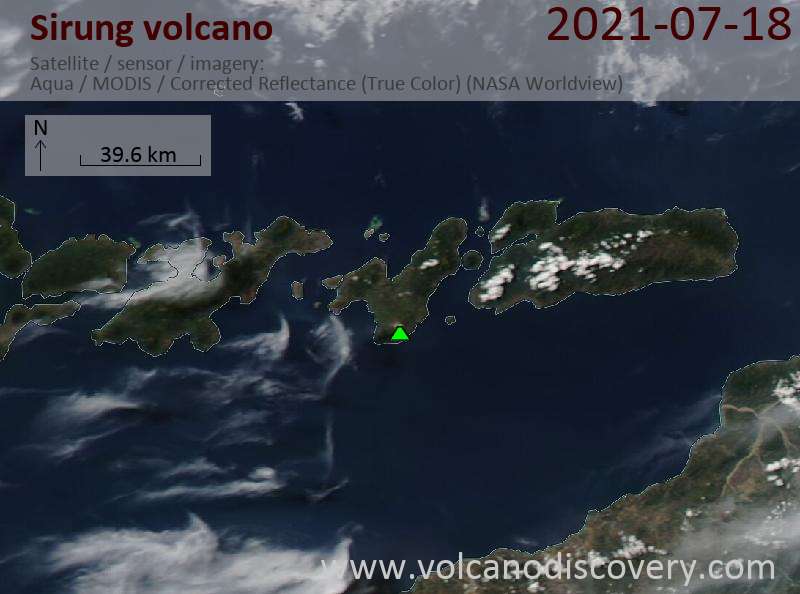 Eruption 2021 photos
Look at pictures from the spectacular volcanic eruption on La Palma Island during Sep-Oct 2021, sorted and annotated in chronological order!
Greece