Tengchong volcano is a volcanic field in southern China 40 km from the border with Burma (Myanmar) 430 km WNW of the city of Kunming.
The Tengchong volcanic field contains 3 main volcanoes of Holocene age, Dayingshan, Maanshan, and Heikongshan, plus 65 older volcanoes and cones. The cones at the northern end of the field are probably the youngest, judging from their sparsely vegetated morphology and clearly visible lava flows.
A possible historic explosive eruption occurred in 1609 at Dayingshan or Heikongshan, and there are unconfirmed reports of eruptions in the Qing Dynasty (1644-1911).

Volcanism of the Tengchong volcanic field is related to the eastward subduction of the Burma microplate under the Eurasian plate near the northeastern side of the collision zone between the Indian and Eurasian plate, which forms the seismically very active Himalayan belt.
The Tengchong volcanic field formed in several periods from the early Pliocene to the Holocene.
1 Pliocene to mid-Pleistocene eruptions produced basaltic lavas.
2 Mid- to late-Pleistocene erupted silicic pyroclastic lavas
3 Holocene: basaltic to andesites. The youngest eruptions were in 2 phases during the early and late Holocene.
(Source: Smithsonian / GVP volcano information) 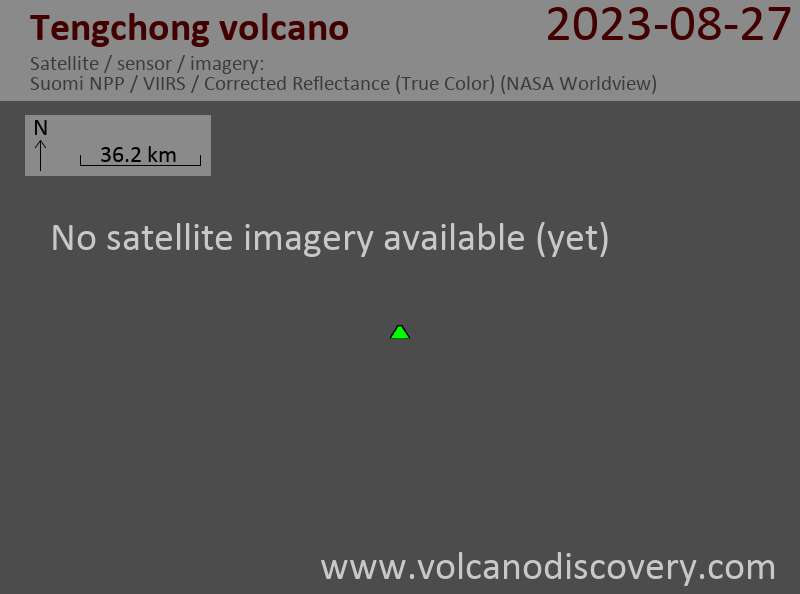 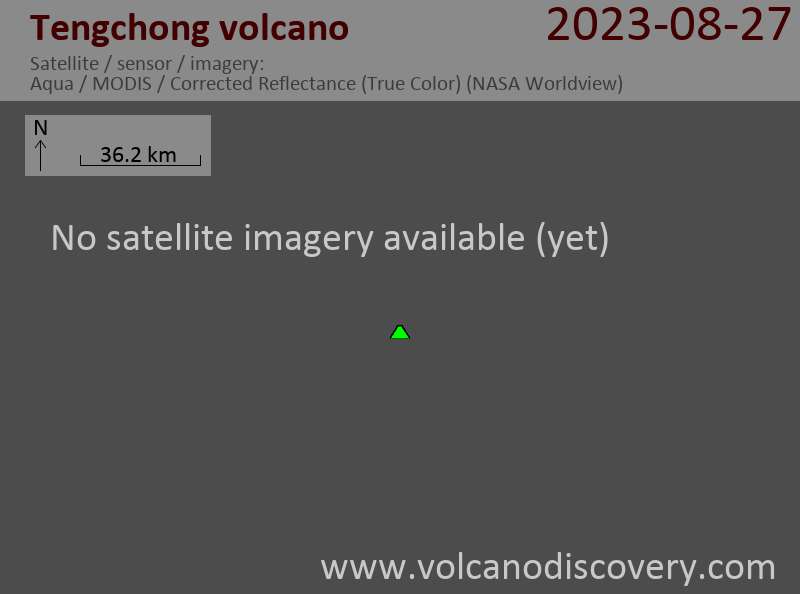 Recent volcano satellite images
Browse quickly through the latest satellite imagery from volcanoes all over the world in order to spot ash clouds and hot spots.
Clients' Feedback

Reviews from our guests
"Your Vanuatu Volcano tour was a fantastic mix of hard core volcanoes and cultural Vanuatu life... " -
Read what customers said about us!
Iceland Eruption 2022

Eruption Update
Get current updates on the new eruption on Iceland's Reykjanes Peninsula that started on August 3rd 2022!
Hawai'i

Hawai'i and Kilauea volcano photos
Lava flows, lava lakes, eruptions and aerial images from Kilauea on the Big Island of Hawai'i throughout the years.
Etna

Etna volcano photos
Etna - Europe's largest and most active volcano is a universe in itself. Browse through our collection spanning almost 20 years of eruptions and more.
Get the ad-free version!
Why is there advertising on this site?