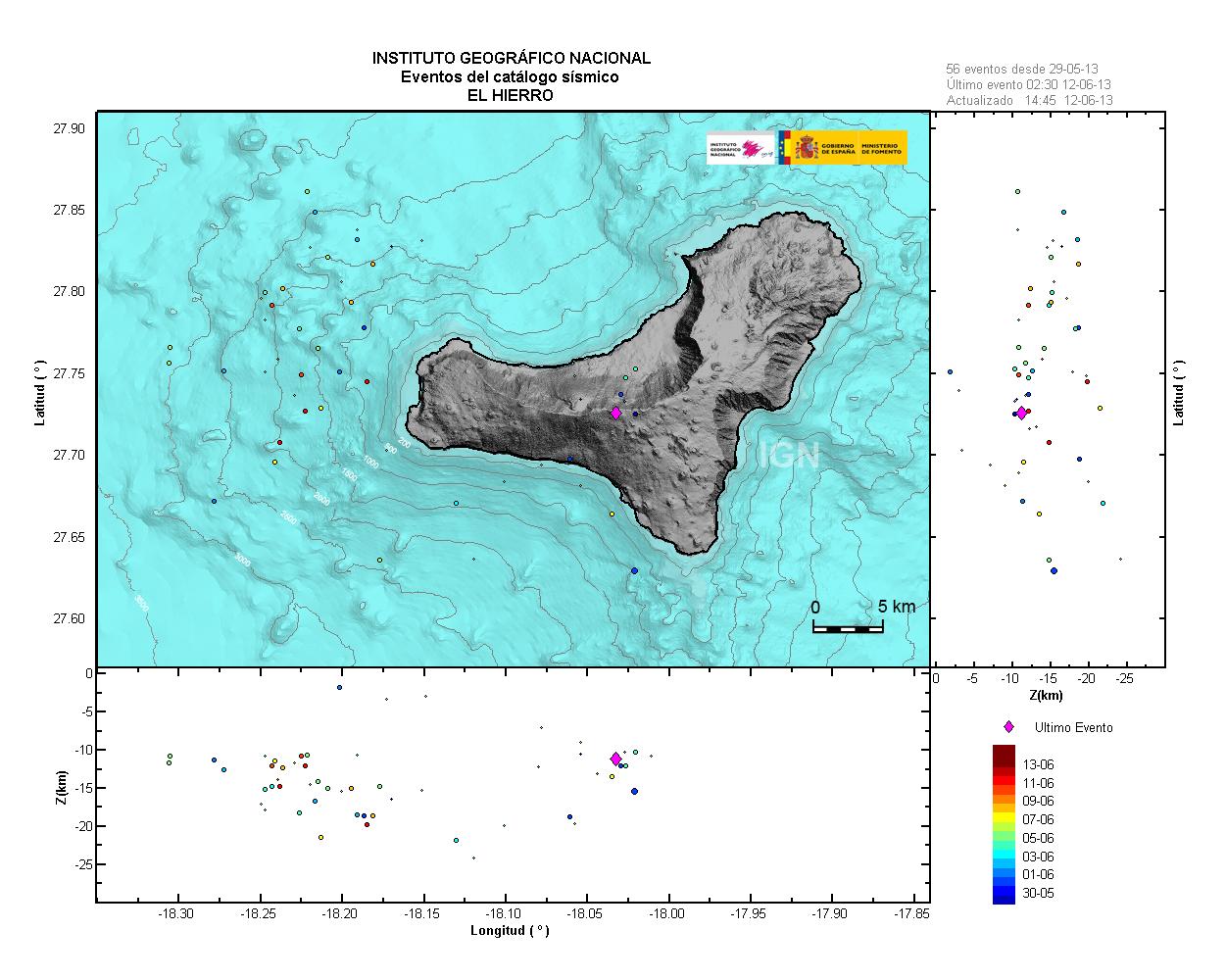 Location of quakes during the past 2 weeks (IGN) 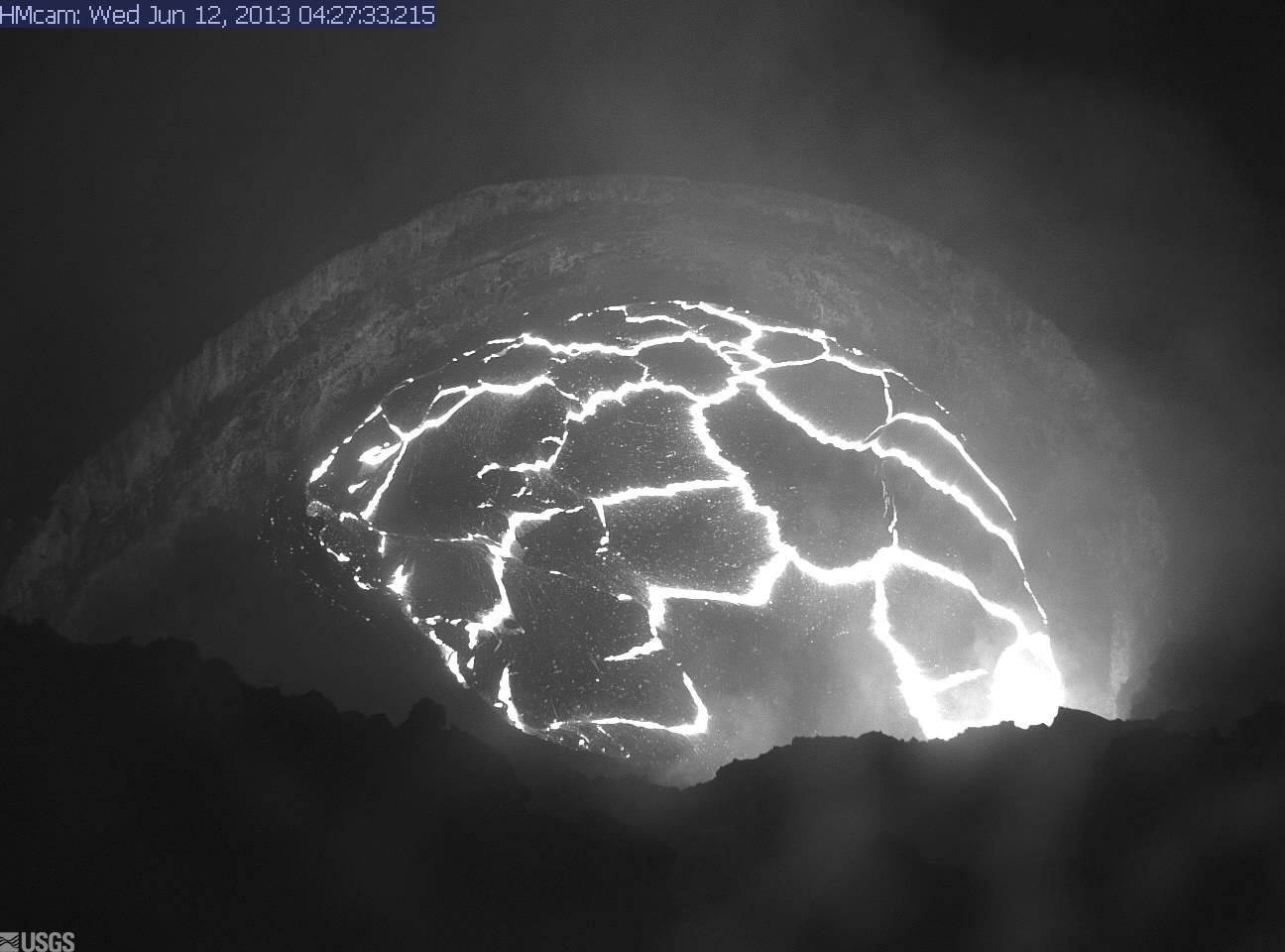 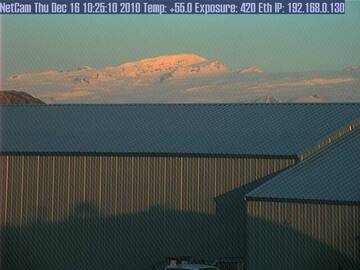 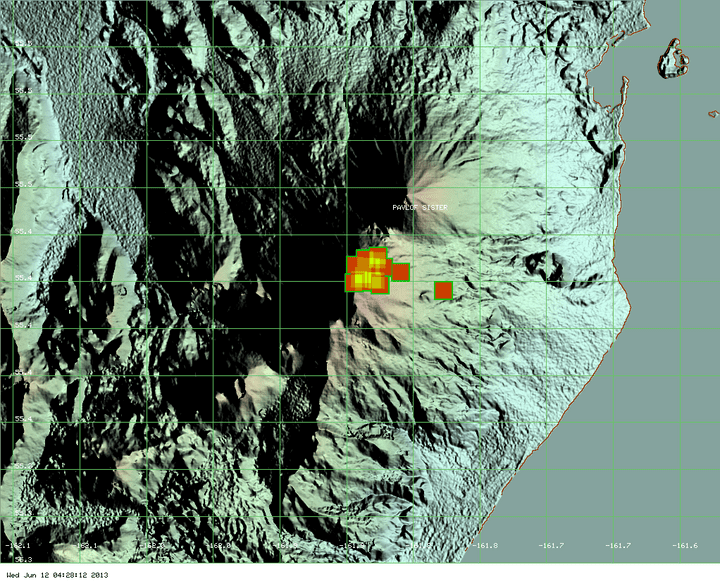 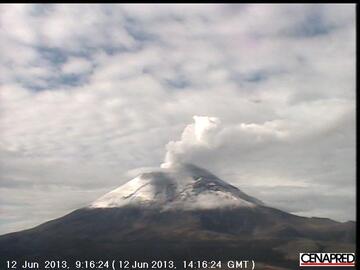 SO2 plume from Nyiragongo (NOAA)
El Hierro (Canary Islands, Spain): Seismic activity of the island has been calm over the past weeks. The number of daily small earthquakes continues to be weakly elevated, with hypocenters clustered under the central and western parts of the island.

Mauna Loa (Big Island, Hawai'i): The latest update of the USGS mentions that minor inflation of a shallow magma reservoir beneath Mauna Loa may be occurring. Seismicity rates were slightly elevated. However, the level of observed seismicity is far from alarming and the alert level remains at green. No eruption is expected in the near future.
From the USGS report:
... [read more]... [show less]
"Deformation: Deformation of Mauna Loa continued to be dominated by southeasterly motion of the south flank. However, slow, localized uplift also continues near the summit caldera (~1cm/yr at MLSP) suggesting that some inflation of the shallow magma reservoir complex beneath the summit area is occurring.


Kilauea (Hawai'i): No significant changes in activity have occurred over the past weeks. The summit is currently in a phase of slow inflation while the lava lake level in Halema'uma'u remained fairly steady. The 2 lava flow fields fed from Pu'u 'O'o continue to be active: on the middle east rift zone, the Kahauale`a II lava flow was recently conquering new land and burning forest north of Pu`u `O`o.
Southeast of Pu`u `O`o, the Peace Day flow had active breakouts at the base of the pali and on the coastal plain. Most of the flow, however, stayed within its lava tube until reaching the ocean on both the east and west sides of the Hawai`i Volcanoes National Park boundary. Gas emissions from the volcano remained elevated.

Veniaminof (Alaska Peninsula, USA): Seismic tremor continued to slowly but steadily increase yesterday, then dropped temporarily and has been increasing again today. AVO reports an intermittent, low-level steam plume issuing from the central cone within the caldera. No elevated surface temperature were visible in satellite images. No other activity was confirmed by AVO.

Pavlov (Alaska Peninsula, USA): Ash emissions continue, and possibly, a small lava flow is effusing from the summit.
Seismic tremor and explosion signals are recorded by AVO and intermittent elevated surface temperatures consistent with lava effusion were observed over the past day in satellite images. (AVO)

Popocatépetl (Central Mexico): A cluster of several (7) volcanic earthquakes up to magnitudes 2.4 has occurred this morning, perhaps heralding some more vigorous activity in he near future.
Apart from this, activity has remained stable with about 2 weak steam-gas-sometimes ash-containing explosions per hour. A steam plume often rises about 1 km above the volcano.

Fuego (Guatemala): INSIVUMEH reports no significant changes in activity. 9 strombolian-type explosions with incandescent bombs ejected to 100 m and ash plumes rising about 500 m were observed during the past 24 hours.

Telica (Nicaragua): Seismicity has been at low levels recently. Today's seismogram is shown for comparison (see updates from earlier this year).

Nyiragongo (DRCongo): A very large SO2 plume is visible hovering over the East Virunga region around Nyiragongo on NOAA's satellite data today. This leaves no doubt that the volcano's lava lake is still very active. 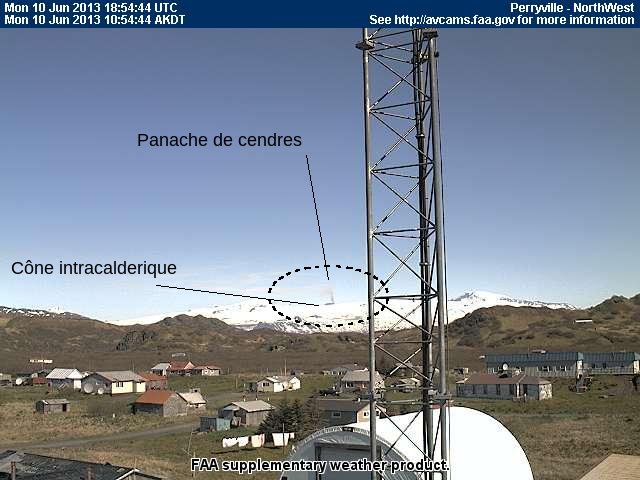 Veniaminof (Alaska Peninsula, USA): A weak eruptive activity has started from the volcano. Since last night, weak ash emissions have appeared from the central cone of the caldera of the volcano. ... Read all
Mon, 10 Jun 2013, 15:35
Volcanic activity worldwide 10 Jun 2013: lahars from Fuego, Kamchatka and Alaska updates 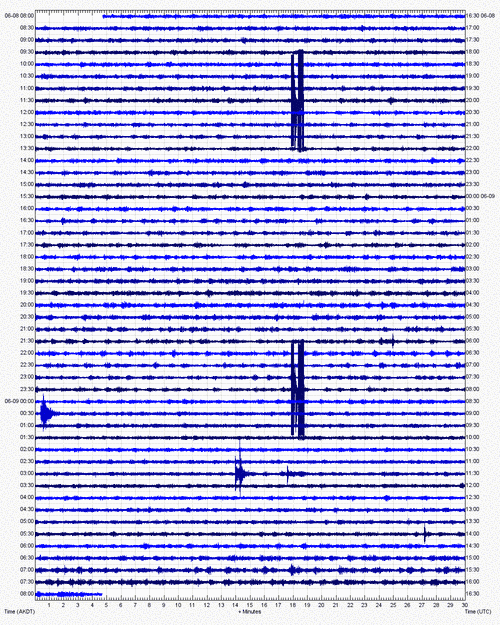 Etna (Sicily, Italy): During a visit to the summit craters today, we could observe a new hot fumarole in the western pit of the Bocca Nuova, increased bluish degassing from a vent in the saddle between the old and new SE crater and hear deep-seated explosions inside the NE crater. ... Read all
Thu, 6 Jun 2013, 17:04
Volcanic activity worldwide 6 Jun 2013: Stromboli
Stromboli (Eolian Islands, Italy): When observed during 3-6 June, the volcano was at normal levels of activity which had not changed significantly since our last visit 2 weeks ago. On the crater terrace, about 7 active vents were present, with eruptions every about 15-20 minutes: the two vents in the NW crater sometimes erupted simultaneously, one with low ejections of blocks, scoria and ash, the other with loud turbine-like jets of gas and lava fragments that often reached about 250 m height. The hornito at the NW crater rim was not seen erupting. ... Read all
Show more
Wed, 5 Jun 2013, 17:04
Volcanic activity worldwide 5 Jun 2013: Kerinci, Pavlov, Kelimutu, Kikai, Tolbachik 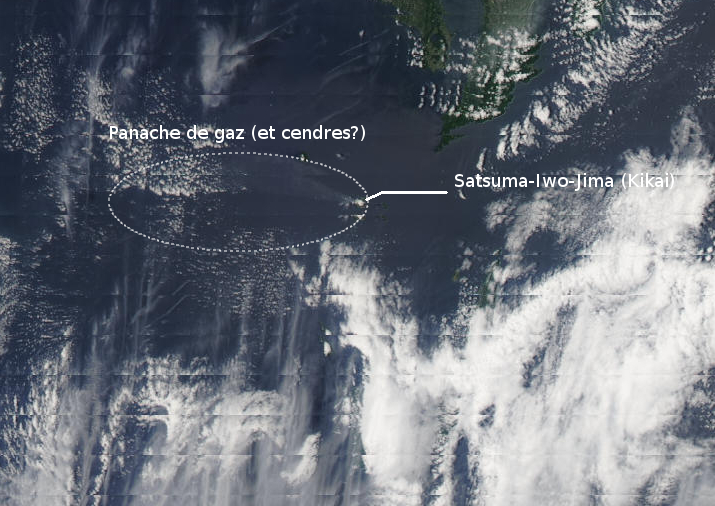 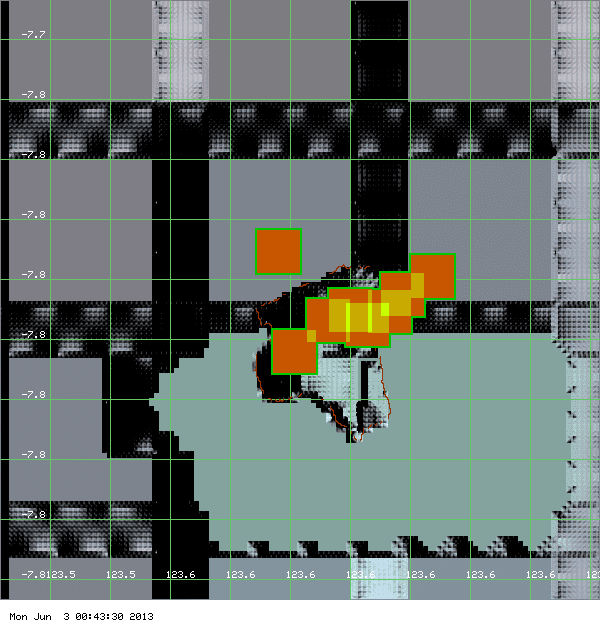 Mayon (Luzon Island): The alert level for the volcano has been raised by PHILVOLCS. A weak incandescence is sometimes observed at the summit, and slight inflation has been detected, suggesting that magma has started to intrude into the volcanic edifice. ... Read all
Fri, 31 May 2013, 17:04
Volcanic activity worldwide 31 May 2013: Pacaya, Popocatépetl

Popocatépetl (Central Mexico): Activity has continued to decrease and there have been no new significant explosions. The number of steam-gas emissions (which sometimes contain also small amounts of ash) has dropped from an average of 5 per hour to only 2 per hour last night. ... Read all
Watch Volcanoes Live

Intraplate volcanism
A third tectonic setting where volcanism occurs is believed to be the result of mantle plumes and not directly related to plate boundaries. So called hot spot volcanoes fall into this category.
Volcano Tour

Ambrym+Yasur volcanoes in Vanuatu
An adventurous expedition to some of the most spectacular and active volcanoes in the world! Our volcano expedition to Vanuatu lets you spend 1 week on Ambrym with its multiple active lava lakes and 4 days on Yasur, famous for its spectacular fireworks. Guided by professional volcanologist, small groups (May-Sep).
Volcano Tours

1-3 day excursions
If you're interested in volcanoes, there are a number of excursions you should not miss if you're in the area: hike to the craters of Stromboli volcano, climb Etna volcano, get to know the unique volcanic history of Santorini - some examples of shorter (1-3 days) tours and excursions we offer.
Fuego