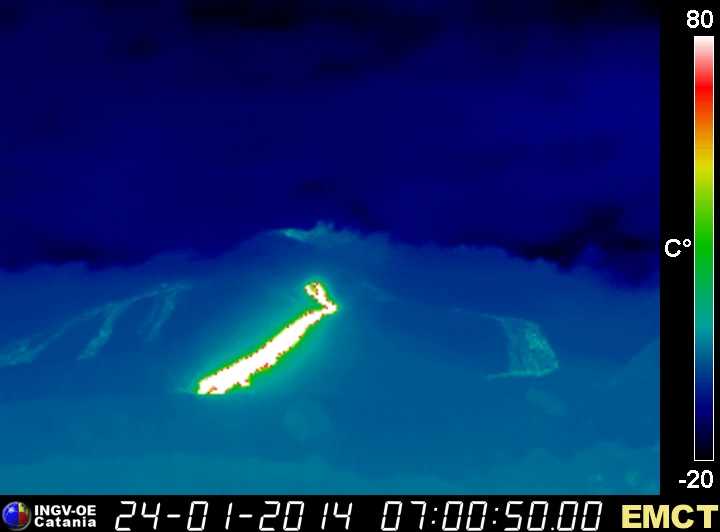 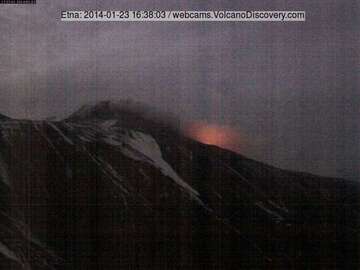 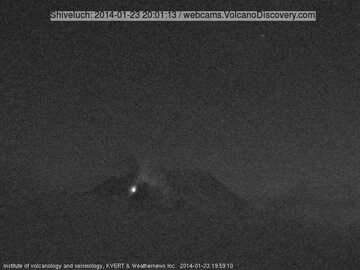 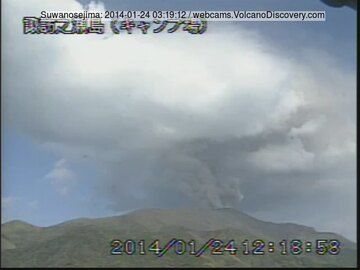 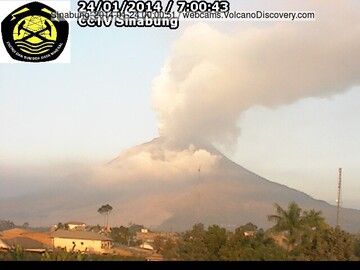 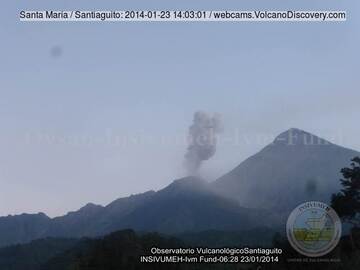 The Caliente lava dome of Santiaguito volcano on 23 Jan 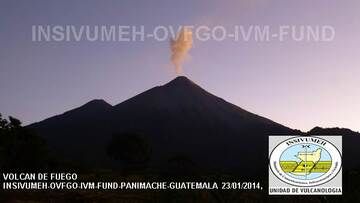 Shiveluch (Kamchatka): More ash emissions and small to moderate explosions have occurred over the past days. An ash plume was reported at 24,000 ft (7.2 km) altitude yesterday evening.
The volcano, one of the world's most active, continues to effuse viscous lava that builds a new dome. At night, glow is visible from the vent on webcam images-.

Suwanose-jima (Tokara Islands, Japan): The remote volcano south of Kyushu remains very active, although seems to have calmed down a bit. The following video of the past 24 hours at the volcano shows phases near-continuous steam and ash emissions as well as some smaller discrete explosions. Ash plumes were reported to reach up to 4,000 ft (1.2 km) altitude.


Sinabung (Sumatra, Indonesia): A tall steam and ash plume rises from the summit crater, reaching altitudes of up to estimated 4-5 km at times.
The volcano has not produced new (or at least no larger) pyroclastic flows. Whether this is due to a true decrease in effusion rate and a possible sign of an approaching end of the eruption is difficult to say.

Kilauea (Hawai'i): Lava levels are rising again in Kilauea's Overlook Crater - 10 m recovered from the 20 m drop in the last week, so far.
...24 Jan:
Kilauea's summit stretched 1.5cm in the previous month then shrank 2cm over the past week! That's a lot of rock wiggling above the magma!

Santa María / Santiaguito (Guatemala): Since the morning of 23 Jan, the lava flow front at the SE rim of the Caliente dome has become more active and generated a series of collapses resulting in small pyroclastic flows that reached the base of the dome.
The volcano observatory mentions that during the recent months, activity had been elevated with 40-45 explosions typically in one day, and associated ash plumes reaching 500-900 m height.
The prevailing easterly winds cause frequent light ash fall in distances up to 10 km to the east, sometimes even in the city of Quetzaltenango.

Fuego (Guatemala): Activity at the volcano remains both explosive and effusive at fluctuating levels. After an increase during 22-23 Jan, it decreased yesterday, but seems to have picked up today again.
The latest INSIVUMEH report mentioned 13 weak and 4 moderate explosions during 23 Jan with ash plumes up to 800 m height, abundant lava avalanches on the upper slope following strombolian ejections of up to 100-150 m above the crater, and the continued active flow, which was 100 m long yesterday. 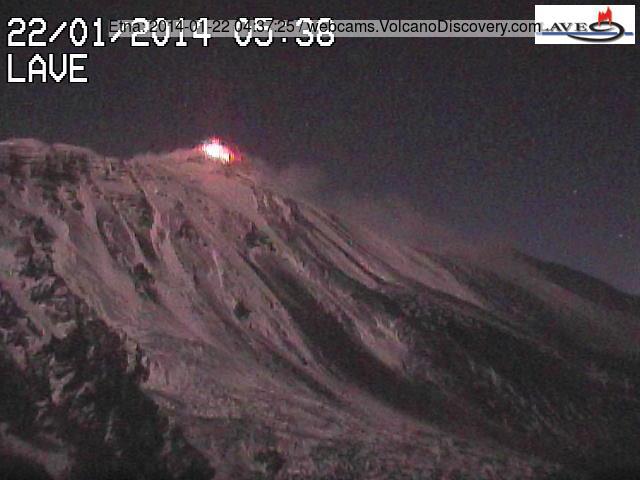 Etna (Sicily, Italy): Since last night, sporadic small strombolian explosions have resumed at the New SE crater. The current tremor signal is low, but if Etna continues its activity as during much of last year, this could be a first precursor to a new paroxysm in the following days. ... Read all
Show more
Tue, 21 Jan 2014, 17:03
Volcanic activity worldwide 21 Jan 2014: Shiveluch, Kilauea 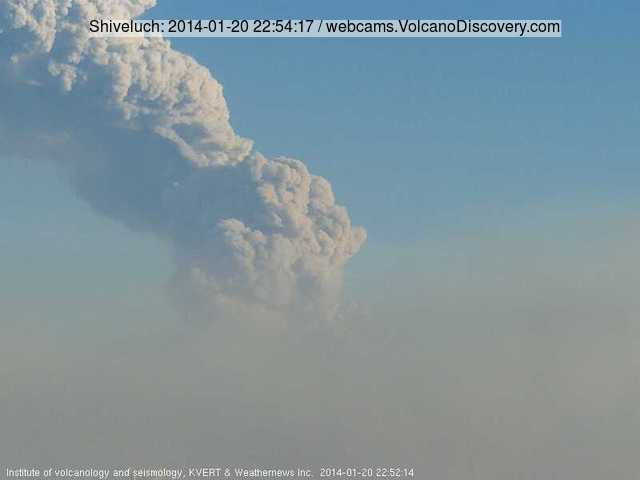 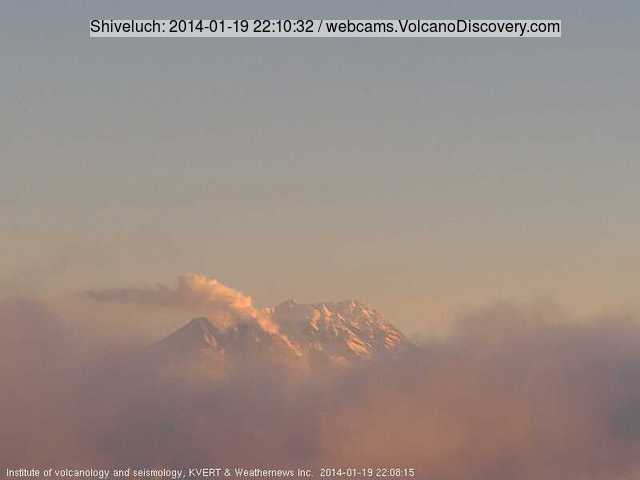 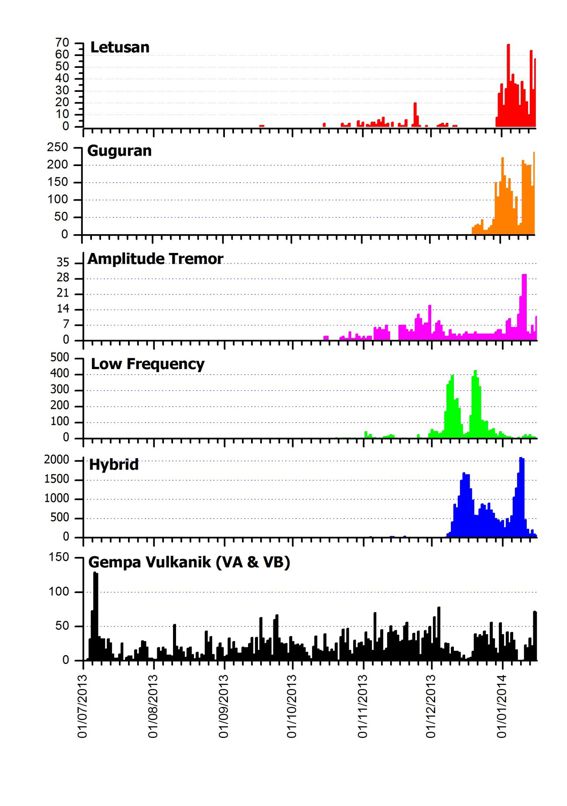 Sinabung (Sumatra, Indonesia): Activity at the volcano has been a bit lower during the past days, especially when compared to the first half of the past week. It is certainly too early to say whether this is a sign of a possible approaching end of the of the eruption or just a temporary or perhapy only apparent decrease. ... Read all
Fri, 17 Jan 2014, 22:03
Volcanic activity worldwide 17 Jan 2014: Kilauea 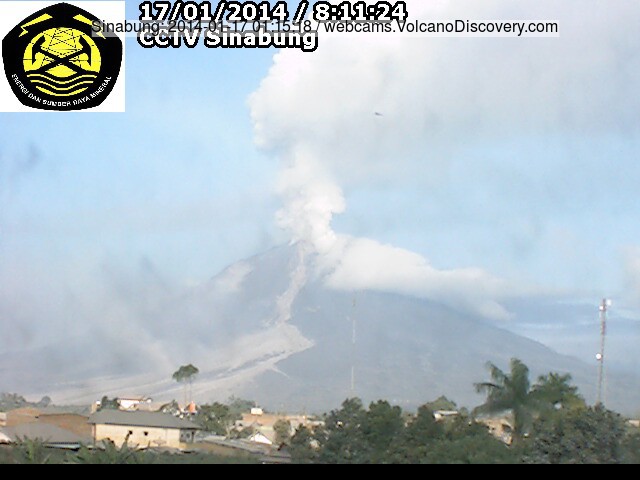 Sakurajima (Kyushu, Japan): Vulcanian-type explosions, which presented a spectacular show during much of the past year, are again becoming more frequent at the volcano, with now averaging one event per day. ... Read all
Thu, 16 Jan 2014, 17:03
Volcanic activity worldwide 16 Jan 2014: Etna 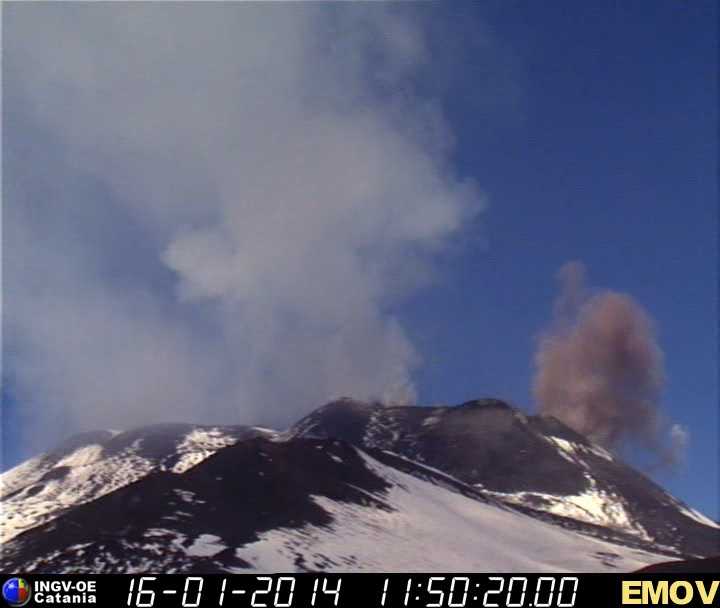 Nishino-shima (Volcano Islands, Japan): The Japanese Coast Guard made an overflight yesterday and published the attached picture of the (former new) island. It seems that while it is still might be effusing some lava that form flows reaching the eastern shore in the bay near the vents, the rate of lava effusion/growth has slowed down. No large changes of the island appear visible when compared to the images a week ago. ... Read all
Tue, 14 Jan 2014, 17:03
Volcanic activity worldwide 14 Jan 2014: Sinabung, Aso, Pacaya, Fuego, Dukono 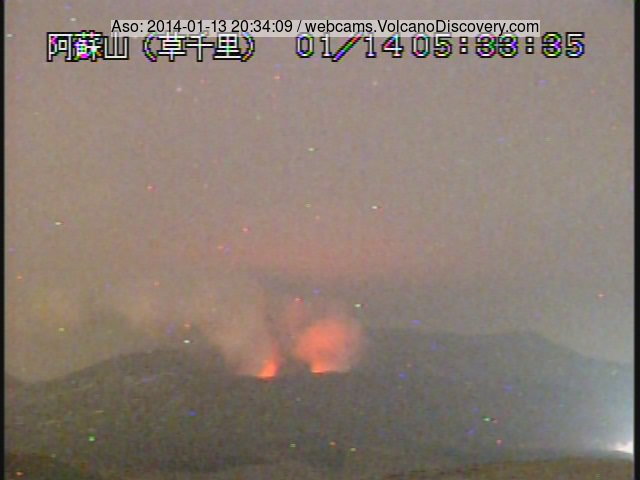 Volcano News group
Join our group on facebook: post reports, updates, or other interesting facts about volcanism and volcanic activity worldwide and discuss with other members.
Stromboli Trekking

Climbing Stromboli volcano
Stromboli provides one of the most remarkable opportunities to watch volcanic eruptions from close: a natural ridge located 150 m above the active vents. A classic and all-time favorite tour by anyone interested in seeing active volcanoes!
Krakatau to Bali

Volcano and photo tour to Java, Indonesia
Visit Java's famous volcanoes: Krakatau, Merapi, Bromo, Semeru, Ijen and others, crossing Java from west to east. This study and photography trip for a small exclusive group is one of our classic and best tours.
Get the ad-free version!
Why is there advertising on this site?
Support us - Help us upgrade our services!
We truly love working to bring you the latest volcano and earthquake data from around the world. Maintaining our website and our free apps does require, however, considerable time and resources.
We need financing to increase hard- and software capacity as well as support our editor team. We're aiming to achieve uninterrupted service wherever an earthquake or volcano eruption unfolds, and your donations can make it happen! Every donation will be highly appreciated. If you find the information useful and would like to support our team in integrating further features, write great content, and in upgrading our soft- and hardware, please make a donation (PayPal or Online credit card payment).